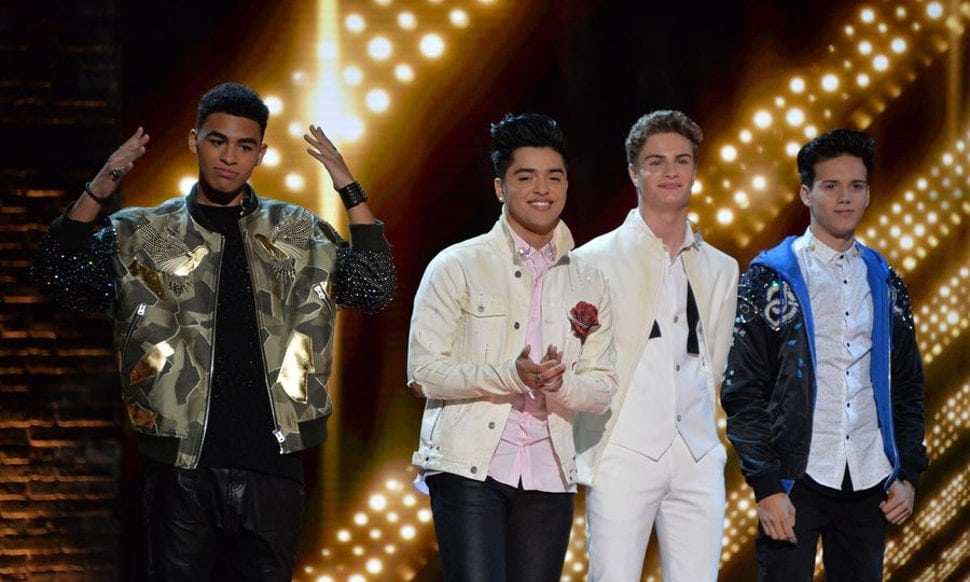 Just when it seemed that the craze for music competitions was reaching its brimming point, ABC came up with yet another reality TV series, ‘Boy Band’. The 10-episode show first debuted on the platform on June 22, 2017. It revolved around male singers who had to compete with one another to become part of a five-member Boy Band. The show is highly inspired by famous boy bands like Big Time Rush, The Beatles as well as One Direction. It credits Matador Content as the producing company.

Boy Band Cast: Who’s in it?

‘Boy Band’ is hosted by Rita Ora. She is a singer and songwriter, best known for numbers such as ‘R.I.P’ (penned by Drake), ‘Hot Right Now’ and collaborations with Chris Brown, including ‘Body on Me’. She has also given other hits such as ‘Doing It’ and ‘Black Widow’. Her debut record is titled Ora and she has appeared on some of the most prestigious platforms, such as The Vatican, Glastonbury, the Oscars, and the White House. He acting credits include performances in ‘Fifty Shades of Grey‘, ‘Fast and Furious 6′, ‘Southpaw’, and ‘Wonderwell’.

Joining her as architects (mentors) for the contestants are Timbaland, Emma Bunton, and Nick Carter. Timbaland is a multi-platinum Grammy winning artist and producer, who has worked with leading celebrities such as Madonna, Beyonce, Katy Perry, Aaliyah, Rihanna, Brad Paisley, and Justin Timberlake, to name a few. Carter, who is the youngest member of Backstreet Boys, is an international pop superstar. On the other hand, Bunton is a multi-million selling recording artist, a DJ, and a TV personality. She was a member of the Spice Girls, and after that, she has established herself as a successful solo artist.

Read More in TV Preview: Hot Date | The Dress Up Gang  | The Breaks

Boy Band Plot: What is it about?

In ‘Boy Band’, a number of young male vocalists come together to compete with each other, in order to become part of a five-member boy band. The final five get a recording contract with Hollywood Records and are also given the chance to perform the band’s debut single during the finale. Throughout the contest, they are guided by three architects or mentors.

During the auditions, undiscovered singers from across the country participate so as to make it to the grand stage. After selections, they are divided and put together in teams. They have to enter a face-off with their opponent groups. To save themselves from elimination, they are required to indulge in teamwork. 30 contestants are selected to compete with each other to win 18 spots which form 3 bands on the show. Every episode is different from the previous one. The architects of the show are Nick Carter, Timbaland, and Emma Bunton. They proceed to shuffle 18 members to find the best combinations of artists. They are asked to perform live, and if they fail to live up to their expectations, they are sent to the elimination round where they get their last chance to perform in a solo survival round in order to prevent eviction.

At the end of the season, the singers become a part of the next music phenomenon. They form a band, sign a contract with Hollywood Records written by hit maker Justin Tranter and release their new single for the first time.

The first season aired for two months on ABC channel. The winners of this installment were Chance Perez, Brady Tutton, Drew Ramos, Michael Conor and Sergio Calderon. Their band was named ‘In Real Life’ and they performed their first single “Eyes Closed” for the first time on the show. There were a total 30 contestants of which 12 got eliminated in the first episode. The remaining 18 contestants were divided into groups. Throughout the first season, each group was asked to perform, and at the end of the week, some singers would get eliminated. The audience played a crucial role during the elimination round because they had a chance to save one contestant.

Boy Band Season 2 Release Date: When will it premiere?

‘Boy Band’ season 1 premiered on ABC on June 22, 2017, and concluded with its 10th episode on August 24, 2017. During its run, it garnered a rating of 0.55 in the 18-49 demographic and 2.46 million viewers. Although the numbers are not outstanding, they can be said to be average, when compared to other ABC shows. Again, since its last air date, there has been no word from the creators about a possible renewal. And it’s almost two years now. Hence, in all probability ‘Boy Band’ season 2 has been canceled.

Below is a sneak peek of ‘Boy Band’ season 1. If you have it watched it yet, you can head to ABC to catch up on all its previous episodes.