‘Boyhood’ is President Obama’s Favorite Movie of the Year 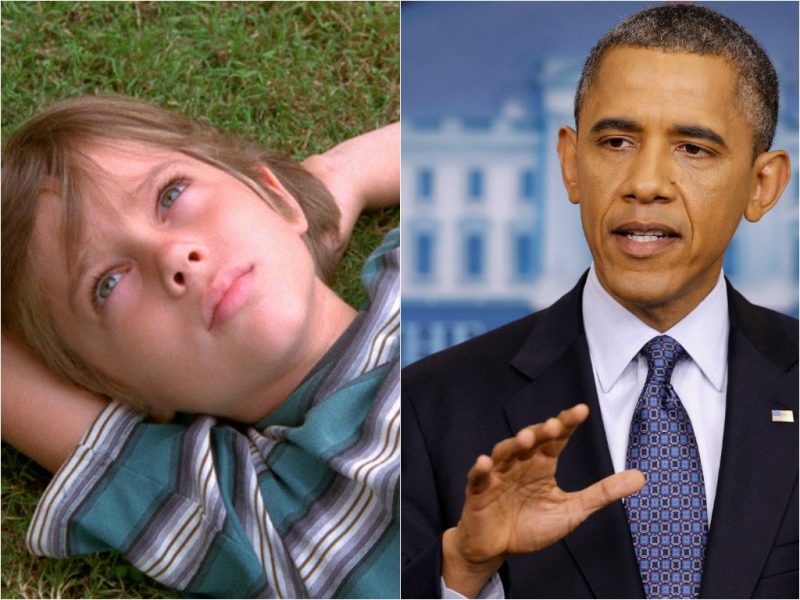 Well, if the plethora of awards that have been showering on ‘Boyhood’ were not enough, President Barack Obama himself gave it the seal of approval.

President Barack Obama singled it out in a recent interview he and first lady Michelle Obama did with People magazine.

“Boyhood was a great movie,” said President Obama in an excerpt of his interview posted on Politico. “That, I think, was my favorite movie this year.”

His wife Michelle Obama, on the other hand, preferred to talk books. “I’ve read others [since, but] I read Gone Girl a couple of summers ago, which is one of my favorites,” said Mrs. Obama. “The book is much better than the movie.”

As you already know ‘Boyhood’ has been sweeping critics awards (Read about it here and here) and also got 8 nominations at the Golden Globes. With President’s stamp of approval, ‘Boyhood’ continues to climb the ladder of success and praise, which, in all probability, is going to lead it to Oscar for Best Picture.

Meanwhile, you can read my review of ‘Boyhood’ here.