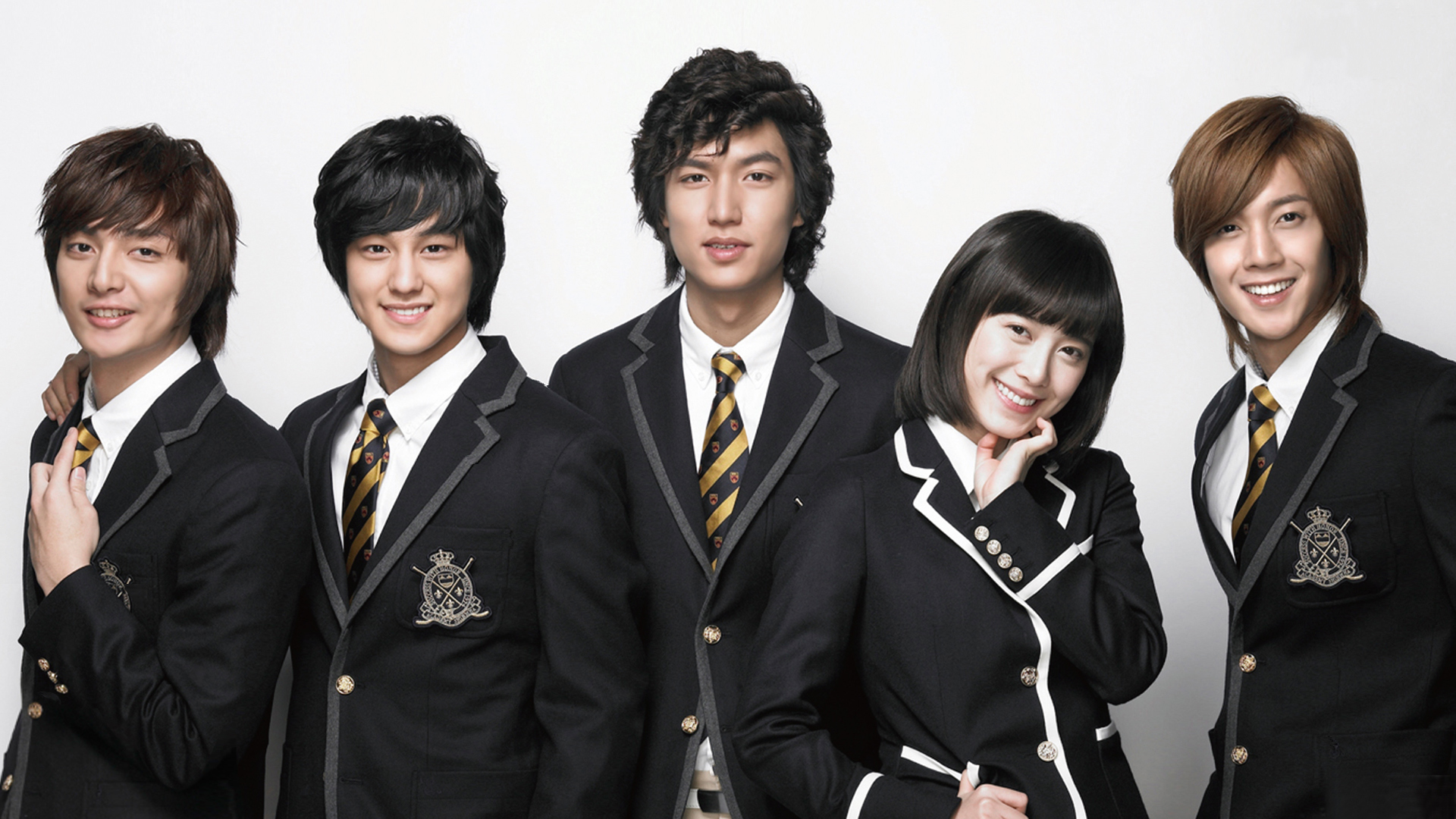 ‘Boys Over Flowers’ is a Korean drama that is based on the eponymous Japanese shōjo manga series. Written by Yoko Kamio, the story is about a regular high-school girl whose path crosses with an arrogant rich boy and his equally vain group of elite friends. One of the most popular shows in South Korea, it ran for 25 episodes on KBS2 from January 5, 2009, to March 31, 2009.

Boys Over Flowers Cast: Who is in it?

‘Boys Over Flowers’ stars Ku Hye-sun as Geum Jan-di. Jan-di is a studious girl who is from an average family. A dry cleaner’s daughter, she gets the chance to attend the elite Shinhwa High School on a scholarship. Determined, a bit stubborn, and extremely compassionate, she does not tolerate bullying or atrocities of any kind. She develops a rivalry with Jun-pyo on one of these occasions. However, the latter soon expresses his feelings for her.

Lee Min-ho is Gu Jun-Pyo — F4’s leader and Shinhwa Group’ heir. Shinhwa is one of the leading companies in Korea and being born with a silver spoon makes Jun-Pyo believe that money is everything. But he has a soft heart and appears hot-tempered on the outside. He falls in love with Jan-di and won’t tolerate anyone hurting her.

Kim Hyun-Joong plays Yoon Ji-Hu, one of F4’s members and Korea’s former president’s grandson. Ji-Hu is the only surviving member of a car crash that killed his parents. Since then, he harbors a fear of driving. Socially anxious, he is in love with his childhood friend Seo-hyun. However, after Jan-di notices his musical talent and kind nature, she starts getting attracted toward him.

Kim Bum stars as So Yi-Jung another of F4’s members and an expert in pottery. Yi-Jung is heir to a family that owns Korea’s biggest art museum. After a heartbreak, he is now a casanova but starts falling in love with Ga-Eul, Jan-di’s best friend. Kim Joon is Song Woo-bin, a part of F4 and the son of a prominent clan, who runs Korea’s largest construction company — which has strong connections to organized crime.

Kim Joon stars as Song Woo-bin. Woo-bin’s family runs the country’s largest construction company, which also has strong connections to organized crime. However, with his excellent business sense and charisma, he likes to win over everyone.

Boys Over Flowers Plot: What is it about?

‘Boys Over Flowers’ introduces us to Jun-Pyo, the wealthy and arrogant leader of the bad-boy gang F4, that rules the prestigious Shinhwa High School. He is always accompanied by his three equally rich buddies and crew members Yoon Ji-Hu, So Yi-Jung, and Song Woo-bin. One day, when F4 bullies a boy to the verge of suicide, the poor but vivacious Geum Jan-di saves his life and receives a swimming scholarship to attend the High School.

Geum Jan-di’s family runs a dry cleaning business and she lives in a small home with her parents, Geum Il-bong and Na Gong-joo, and her younger brother Geum Kang-san. As soon as she arrives at the school, she develops a distaste for the nasty F4 boys. This causes Jun-Pyo to single her out but the headstrong Jan-di does not fear to stand up against him. Unexpectedly, Jun-Pyo starts falling in love with her. On the other hand, Jan-di begins harboring a romantic inkling toward Yoon Ji-Hu. But she gradually discovers that he loves his childhood friend and model Min Seo-hyun.

With many love triangles and complications, ‘Boys Over Flowers’ follows these characters as they navigate romance, friendship, and relationships. So, who ends up with whom? Watch the series to find out.

Boys Over Flowers Season 2 Release Date: When will it premiere?

‘Boys Over Flowers’ season 1 premiered on KBS on January 5, 2009. After spanning 25 episodes, it concluded with its finale on March 31, 2009. It debuted for its US audience on KBS America and currently, all the episodes are available on Netflix for international viewing.

‘Boys Over Flowers’ garnered immense viewership ratings after its release in South Korea — resulting in k-drama wave throughout Asia. Not only did the cast members become stars overnight, but the show progressed to a cultural phenomenon by having a huge influence on the style-statement of South Korean men, who wanted to mimic the “pretty boy” image depicted on the drama. It even received amazing international recognition, resulting in its broadcast in several countries.

However, in spite of all the praise, even after almost a decade, the creators have not come up with any definitive news about a renewal for this popular Korean romance drama. The Japanese manga from which the show was adapted also didn’t have any subsequent comic books. Now, if they do and they wish to continue the story in the same timeline, the makers might have to scout for new, fresh faces. If a sequel is conceptualized, it will have to either showcase a jump across the years. Whatever be the case, if we receive any update on ‘Boys Over Flowers’ season 2 release date, we will update this section.

Below is the official trailer for season 1 of ‘Boys Over Flowers’. If you haven’t seen this popular k-drama, head over to Netflix and catch up on all its episodes!