Bradley Whitford discovered his passion for acting when he was a high school student. He honed his acting skills at the Juilliard School for drama, New York. Whitford’s first major breakthrough was NBC’s acclaimed drama, ‘The West Wing’ (1999). He won an Emmy Award for Best Supporting Actor in a Drama Series for his portrayal of White House Deputy Chief of Staff Josh Lyman in the series in 2001.

Whitford’s other major works on television include ‘Studio 60 on the Sunset Strip,’ ‘The Good Guys,’ ‘Brooklyn Nine-Nine,’ and ‘Transparent.’ His major movies are ‘Billy Madison,’ ‘The Post‘ and ‘Get Out.’ So now you must be wondering what is the next Bradley Whitford movie or TV show? Well, here’s the list of upcoming Bradley Whitford films and TV shows scheduled to release in the near future. We can only hope that the latest Bradley Whitford movies would be as good as some of his recent ones. 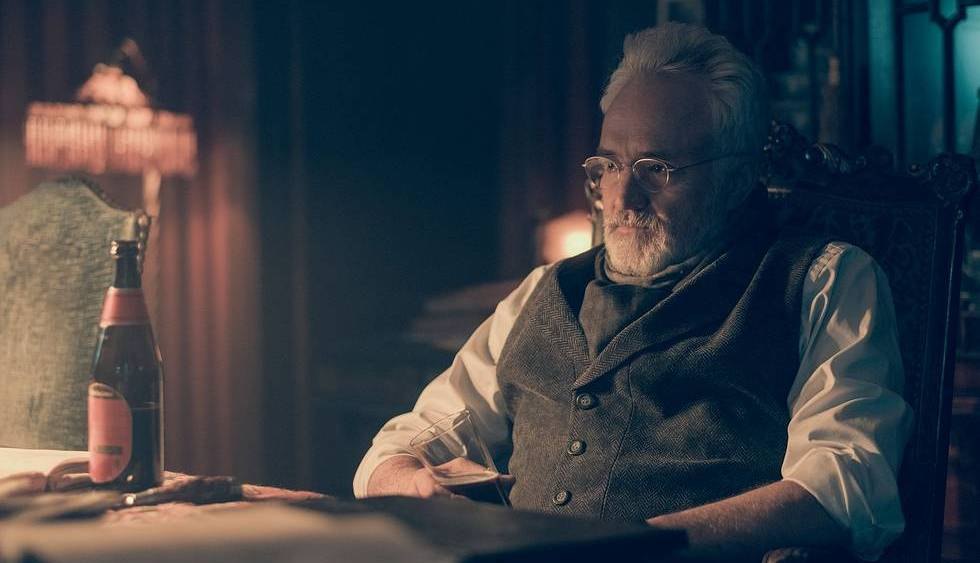 Bradley Whitford joined Hulu’s iconic series ‘The Handmaid’s Tale‘ as a regular cast member in Season 2. He plays the role of Commander Lawrence, who is described as the architect of Gilead’s economy and the creator of the Colonies in the second season. Though he was introduced as a shadowy figure helping Emily flee in Season 2, his unstable wife, Eleanor, reveals to Emily that Lawrence was the creator of the Colonies at the end of the second season.

“It’s an amazing character. You get these characters once in a while where there are several things going on simultaneously, several contradictory and dangerous things,” Whitford told Variety about his role. A fourth season is currently in the works. 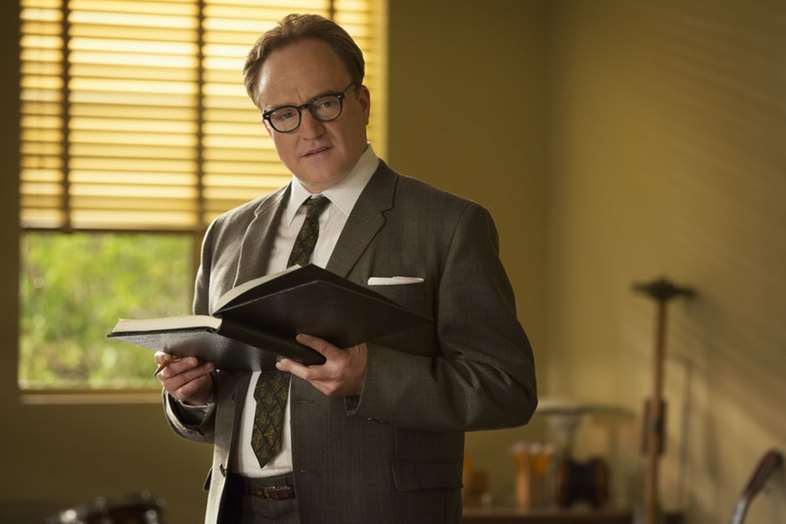 Netflix’s ‘Sergio’ tells the true story of Sergio Vieira de Mello (played by Wagner Moura), the Brazilian-born UN diplomat who was brutally killed in the Canal Hotel bombing in Iraq in 2003. The biopic is based on the biography, ‘Chasing the Flame: Sergio Vieira de Mello and the Fight to Save the World,’ by Pulitzer Prize-winner Samantha Power. Sergio rose through ranks of the UN and earned praise for his proactive interventions around the world as the United Nations High Commissioner for Human Rights. He was considered a diplomatic superhero for his negotiation skills and networking at the peak of his career.

Bradley Whitford plays the role of Paul Bremer, an American diplomat who played a crucial role in the policy-making after the U.S. invasion of Iraq. The other cast includes Ana De Armas, who is known for ‘Blade Runner 2049,’ Garret Dillahunt, Will Dalton, Clemens Schick, and Brían F. O’Byrne. ‘Sergio’ is directed by acclaimed documentary filmmaker Greg Barker, who is known for ‘Manhunt: The Inside Story of the Hunt for Bin Laden,’ from a screenplay by Craig Borten. The film is expected to release in 2019 on Netflix. 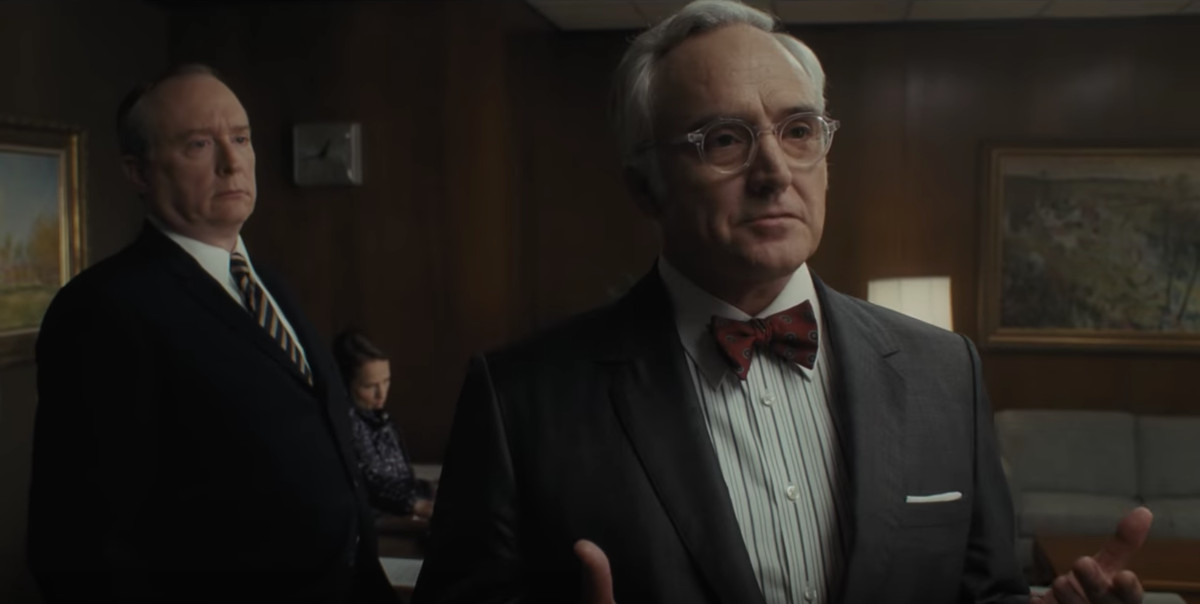 Bradley Whitford stars in and executive produces NBC’s comedy pilot ‘Perfect Harmony.’ The plot follows former Princeton music professor Arthur Cochran (played by Whitford) who stumbles upon a church choir in a small town. He finds a group of musicians who lack inspiration and unity. Eventually, both parties find a balancing point and start working in tune. They realize inspiration can be found in unexpected places and in unlikely people.

The other cast members include Anna Camp, Tymberlee Hill, Rizwan Manji, Will Greenberg, Geno Segers, and Spencer Allport. The series is directed by Jason Winer from a screenplay by Lesley Wake Webster. Both Winer and Webster executive produce the show along with Adam Anders and Jon Radler. 20th Century Fox Television and Small Dog Picture Company produce the series. 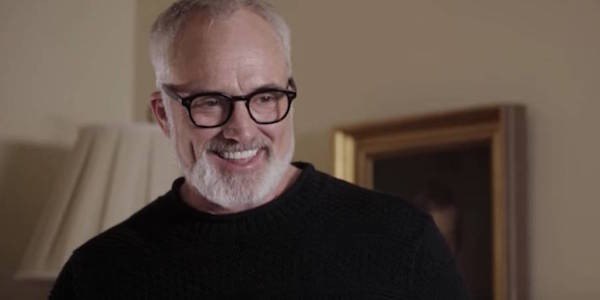 ‘The Last Full Measure’ is an upcoming war movie set in the burning fields of the Vietnam War. According to reports, the movie tells the untold story of the bravery of William Pitsenbarger (played by Jeremy Irvine). He was an Air Force medic who saved over 60 men in one of the deadliest battles of the Vietnam War. When he was asked to evacuate on the last helicopter out of the danger zone, Pitsenbarger refused to leave and stayed behind to save the lives of other American soldiers.

The plot depicts his comrade in arms (played by William Hurt) and father Frank Pitsenbarger (played by Christopher Plummer), who with the help of detective Scott Huffman (played by Sebastian Stan), locate and seek support from other war veterans to procure William the Congressional Medal of Honor. Bradley Whitford plays the role of Carlton Stanton in the movie. ‘The Last Full Measure’ is written and directed by Todd Robinson. The movie is slated to be released on January 17, 2020. 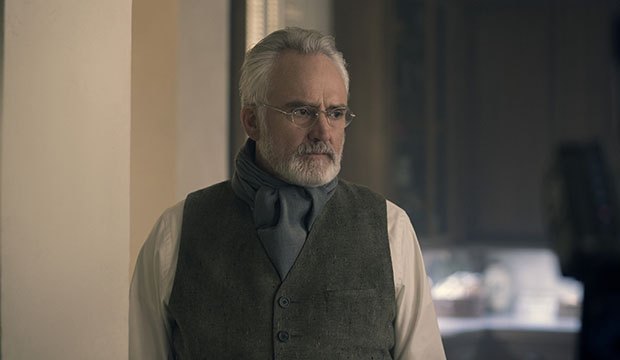 ‘Call of the Wild’ is an upcoming live-action animated film based on the 1903 novel ‘The Call of the Wild’ by Jack London. According to reports, the plot centers on Buck, a dog who is kidnapped and sold to a freight hauler in the Canadian Yukon. He eventually becomes the closest ally of John Thornton who combs the wilderness to find his fortune during the Klondike Gold Rush.

Harrison Ford plays the role of John Thornton while Bradley Whitford portrays Judge Miller. The other cast includes Dan Stevens, Karen Gillan, and Omar Sy. ‘Call of the Wild’ is directed by Chris Sanders from a screenplay adapted by Michael Green. The movie is lined up for a February 21, 2020 release. 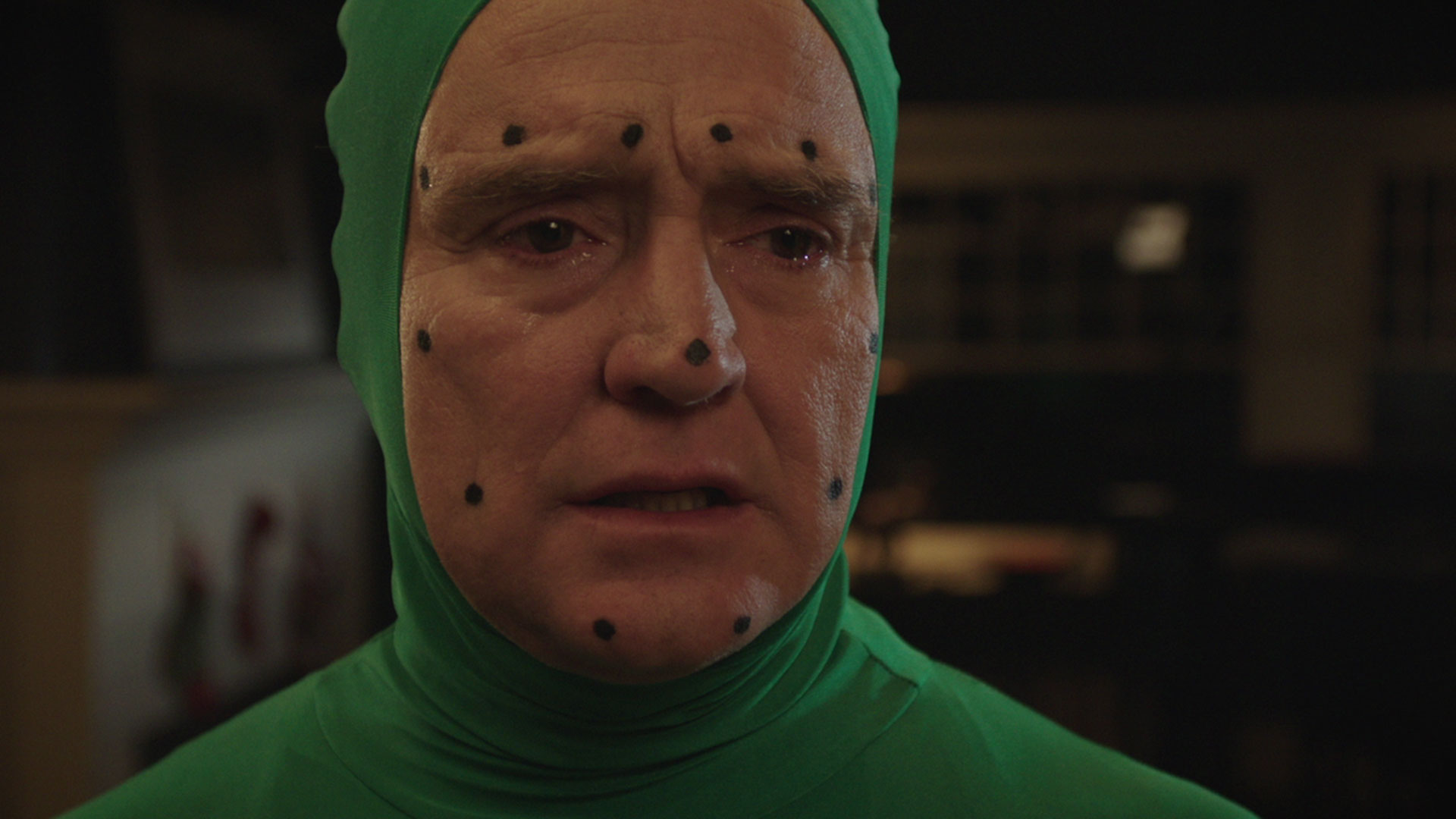 Bradley Whitford stars as himself in the documentary short ‘Bradley Whitford: Emotional Stuntman’, directed by Amy Landecker. In the film, Whitford reveals his real-life secret job as one of the leading stuntmen for prominent stars in Hollywood. The other cast includes Melora Hardin, Joshua Malina, Gildart Jackson, Marta Cunningham, and Justin Hogan. The script for the documentary is written by Matthew Mayer. 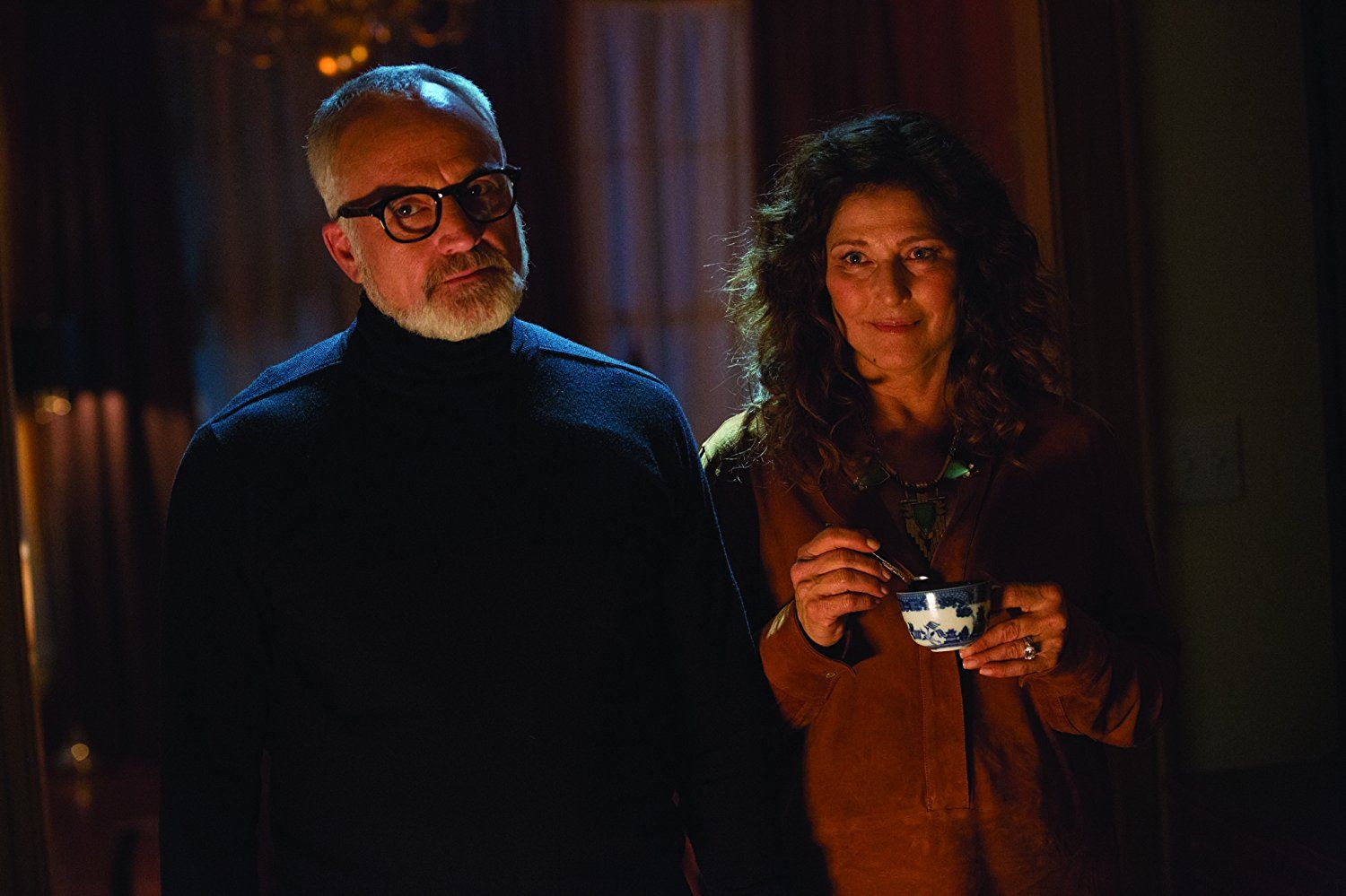 ‘Tired’ is a short drama starring Bradley Whitford. The project comes from Amy Landecker, who is directing from a script written by her. The plot follows two friends who agree to go to a wedding together. What should be a straightforward journey soon goes sideways when things begin to go awry.

Knowing Whitford’s potential as an actor, we have no doubts that he will do justice to his role, though details of the same are being kept under wraps for now.

Bradley Whitford returns to play his popular character Dr. Rick Stanton in ‘Godzilla: The King of Monsters,’ which is the sequel to the 2014 flick ‘Godzilla.’ Dr. Stanton is a crypto-sonographer working for Monarch, a covert government agency. The character is loosely modeled on Rick Sanchez from the adult animated television series ‘Rick and Morty.’

‘Godzilla: King of the Monsters‘ features the rise of ancient mythical monsters like Godzilla, Mothra, Rodan, and King Ghidorah while a criminal mastermind plots an evil scheme for world domination. Meanwhile, Monarch prepares to deal with both the lethal threats with a single stone, by using the monsters as living atomic weapons. The other cast includes Sally Hawkins, Millie Bobby Brown, Kyle Chandler, Vera Farmiga, Lexi Rabe, and Ken Watanabe. The movie is directed by filmmaker Michael Dougherty from a screenplay he co-wrote with Zach Shields. ‘Godzilla: King of the Monsters’ released on May 31, 2019.

‘Phil’ is a dark comedy film by debutante director Greg Kinnear. The plot follows a dentist (played by Kinnear) whose life turns upside down when one of his important patients commits suicide. The incident causes his professional life to fall apart as he strives to find a way out of the situation following the mysterious suicide.

The other cast includes Jay Duplass, Robert Forster, Taylor Schilling, Bradley Whitford, and Luke Wilson. Whitford appears in the role of Michael Fisk. Kinnear directs the movie from a screenplay by Stephen Mazur, who is known for ‘Liar, Liar.’ The movie released on July 5, 2019.