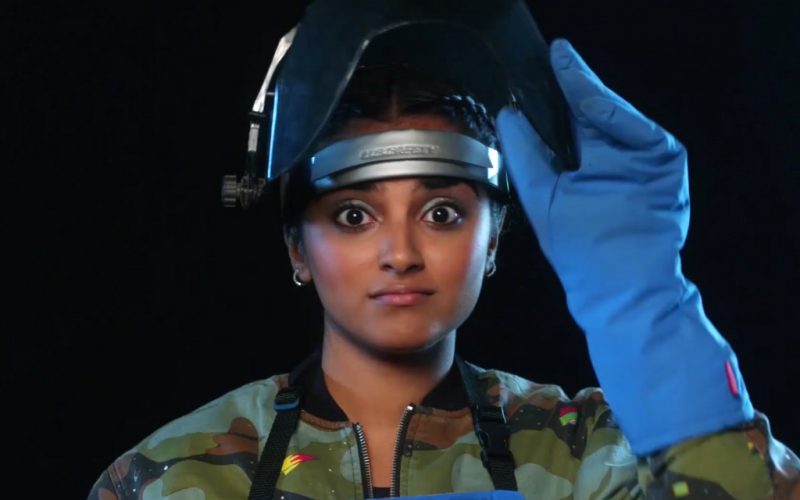 Brainchild is a family documentary TV program created by Creator Adam ‘Tex’ Davis as well as Jerry Kolber. Starring Sahana Srinivasan, Alie Ward as well as Ben Seidman, the presenters throw light on relatable topics of science from around the world. The series is produced by Dan Bromfield, Laila Kabbaj, Mimi Valdes as well as Pharrell Williams with the NYC-based production company named Atomic Entertainment. This series is completely based on science and education and teaches kids about various important things like gravity, marine biology, neurology, sense organs, and so on. The series is made interesting for kids by providing fun facts, expert insight as well as entertaining visual aids. Each and every topic is relatable for kids. The youth hosts engage in various activities and also provides creative presentation strategies as well as experiments. The kids not only get to learn about science, but it also weakens and breaks stereotypes about the casting team. The series also provides emotional as well as a strong social message about self-identity as well as self-esteem. The first season premiered on 2nd November 2018 on Netflix.

“Our big goal for the show is to inspire people to go into that math and sciences — especially women,” Srinivasan said. “There are not enough women of colour, and women in general, pursuing STEM careers because they don’t see themselves represented. It means something to see a woman of colour teaching you about science and math, and I hope I can be an inspiration.” “I’m Indian, and there’s the whole stereotype that Indian and Asian people only love to focus on math and sciences,” Srinivasan says. “But this show is representative of STEAM, which is a branch of STEM where it involves art with science and math. I think that breaks stereotypes as well because the show doesn’t revolve around my ethnicity in a stereotypical way at all.”

Brainchild Season 2 Cast: Who is in it?

Sahana Srinivasan serves as the main host in this series. The other casts of this series include Alie Ward serves as a Science Lady, Gina Vitori plays as a Magic Trick Girl, Gary T. Carlin acts in various voices, Ben Seidman as himself, Taylor Nirvana Jones plays as Gia, Maggie Politi as Melody and a few others.

Brainchild Season 2 Plot: What is it about?

The first season touches various topics of discussion – social media, dreams, germs, emotions, superheroes, etc. The presenters explain why social media is so addictive in the first episode. The audience gets a chance to explore the science behind why people are being so cruel online and why the world is turning selfie-holic. In the next episode, the viewers get to learn about various kinds of germs and the similarities between good germs and bad germs. The presenters also talk about the “Five-Second Rule”. They know it is a dirty topic but someone had to talk about it. In the next episode, the viewers get a chance to see our real superheroes that have super hearing abilities, super strength as well as seamless supervision. Apparently, all these powers are built within us, and they are very real.

In another episode, the presenters cover good and bad dreams. They also attempt to uncover whether it is possible to control our dreams. They help viewers to find out the possibilities of a dreaming mind after we drift off to sleep. The audience can also learn about galaxies and how stars were made. They also try to uncover the existence of the aliens and whether they still exist today. Viewers can understand how the human body gets affected by space. The presenters cover a crucial topic which is emotions. They attempt to answer who is actually responsible for our emotions and who we hold responsible for them? The series digs deep into emotions. They study why laughter is contagious. They discuss how motivation works for all and reveal how to become a pro at it. They help viewers improvise a way to finish their tasks without skipping or delaying them. Viewers discover life under the sea. Sahana takes us to the adventure beneath the oceans. Viewers can also learn how fishes can’t drown. Sahana also helps us to meet some of the unique creatures on earth. Further in the series, viewers can get to study forces like gravity, electricity, and magnetism. Viewers learn how it works and makes our world complete. Brainchild unlocks your creative side. Every person is creative, but it is hidden in our minds. The series also talks about memories, focusing on how we can remember things and how they are formed. The series will provide you with cool hacks to recall your memories. In the final episode, kids get into an epic battle of mental as well as physical strength with their parents. Do you want to know who wins? Watch the series to find out.

Brainchild Season 2 Release Date: When will it premiere?

The series attempts to teach grade schoolers about science using visual aids. Kids have found this new series with a new concept to be highly enlightening. It turns out learning science can be fun too. The target audience of the series is early tweens. The second season should be coming out soon on Netflix with a myriad of fun facts and insightful knowledge of science. Keep checking this section for its air date.