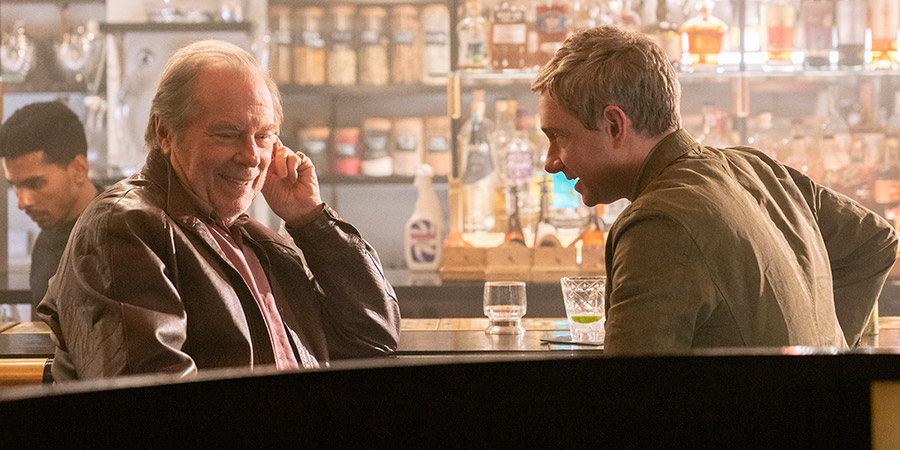 ‘Breeders‘ is off to a fantastic start. As a show that focuses on the reality of parenthood, it packs in humor, while underscoring the seriousness of the responsibilities. Very often we end up thinking that parenthood is magical, and joyous all the time. While it is indeed these things, it is also troublesome and sometimes you end up bargaining with your kids for some peace of mind.

The show starts with the parents trying to get a good night’s sleep, since they have to juggle work, and bills, apart from their kids. Naturally, things go haywire. The last episode sees Ally trying to get used to the fact that her estranged father is here to stay, while Paul wonders if his son is injury prone, or needs more attention.

Curious to find out what happens in the latest episode? We have got you covered, as we also tell you when and where to watch the upcoming episode.

Breeders Episode 5 Release Date: When Will It Premiere?

‘Breeders’ Episode 5 is slated to be released on Monday, March 23, 2020, at 10 PM. Titled “No Dad”, the episode sees the parents thrilled when the family gerbil passes away. However, they find it increasingly hard to explain this to their kids. As the kids cope with grief in different ways, the family is thrown off course.

Titled “No Lies”, the episode sees Paul trying to explain to his kids that Santa is not real. Luke seems particularly unwilling to believe this, and Paul painstakingly tries to explain it to this son. When Ally asks him about it, Paul is embarrassed and tells her that he cannot lie to his kids.

Elsewhere in the episode, this lie is contrasted with the time Ally gets her hands on a folder that shows Paul has sold some equities on the house. She is visibly upset and confronts him about it. However, Paul tells her that he did it to help pay during her post-partum depression. Ultimately, the argument does not go anywhere. On the other hand, Paul is reminded that Ally might not want to marry him yet, because she is still married, or is not over her past marriage.

Therefore, the episode of ‘Breeders’ shows how people might often end up keeping secrets or telling lies to protect the ones they care about. Despite Paul’s insistence of being honest to his kids, we get the sense that parents often do not tell the entire truth to children, to protect them from the ways of the world, as long as possible.

However, with Ally and Paul having a falling out, over their own pasts, it remains to be seen if the partners can still form an effective duo, in raising their children, in the upcoming episodes.