When Does Breeders S01 Come Out? 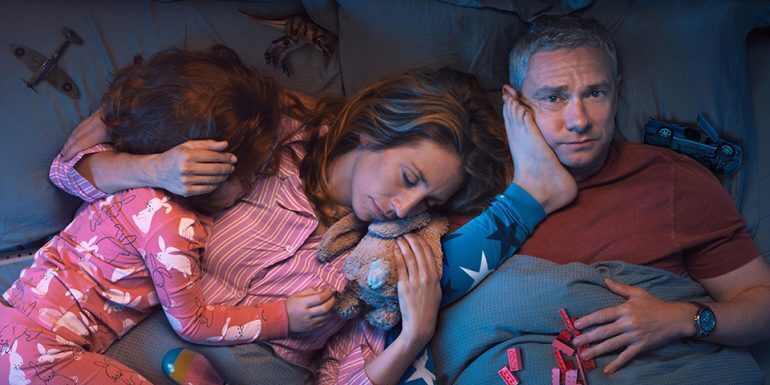 Parenting is no mean feat. If you are one, you would agree. In case you are not, ask your parents! Don’t get me wrong. Kids are a source of joy and happiness, and parents would do anything for them, but when they are young, the kids can suck the life out of adults. FX’s new parental comedy, ‘Breeders’ puts an emphasize on precisely that, but in a lighthearted manner. It encircles upon the lives of two regular parents, Ally and Paul, who are striving to keep it together while raising two kids under the age of seven.

Showrunner Simon Blackwell, Chris Addison, and Martin Freeman serve as the creators of the show. It has been creating a lot of buzz among the audiences for its untrammeled and relatable take on the journey of parenthood. Many have also noted its resemblance to FOX’s latest offering, ‘Outmatched.’ And with the cinematic chameleon Martin Freeman on it, the show might just be a hit.

Breeders Season 1 Release Date: When Will it Premiere?

‘Breeders’ season 1 is all set to premiere on Monday, March 2, 2020, at 10 pm ET on FX. You can also catch the show on FX on Hulu, the very next day. It will consist of ten episodes with a runtime of 30 minutes each.

Breeders Cast: Who is in it?

‘The Hobbit’ and ‘Sherlock’ fame Martin Freeman and Daisy Haggard (‘Black Mirror’) essay the characters of the two parents – Paul, an aspiring writer, and Ally, who works at a recording studio, respectively. Joining them as their kids are George Wakeman as Luke and Jayda Eyles as Ava.

Breeders Plot: What is it About?

‘Breeders’ showcases the not-so-perfect lives of two regular parents, Ally and Paul, as they go about their days balancing their work, mortgage, social life while dealing with a parenting conundrum. It ventures into the relatable territory and tries to depict the exact emotions every parent has felt while raising their kids. Ally and Paul love their children to the moon and back, but sometimes they wish they could just send them there. Their only desire is to be the best mother and father to their kids.

The show features an honest-to-goodness scenario of having kids at home. It is packed with kids running around the house, breaking stuff, whining throughout the day, ruining the parents’ nights, fighting with each other, slamming their heads here and there, creating a ruckus in public, and many other things. Sometimes Ally and Paul get so overwhelmed, they turn the wrath mode on to silence the kids. Apart from this, the show also features the tender and sweet moments where both parents bond with their kids.

At the TCA, Martin Freeman revealed how they shot the screaming and cursing scenes in front of the kids. “There are actually rules… about what they can and can’t see and hear. So obviously if there’s a lot of swearing, a lot of cursing in the scene, we do a cleaned-up dialogue version, and then once the kids have left then we get to do the swearing,” Martin said. “But there are also times where you have to instill in them that this is a serious [scene], that you’re going to be on the receiving end of a barrage of anger or temper.”

Martin added that they had to sometimes apologize to the kids, after having screamed at them for a scene. He said, “That scene where I was screaming at them, cursing at them. Lovely little George [Wakeman], who plays my son… he was (initially) fine with it, and then about two minutes later, he really was quite upset. (We had to) apologize a couple of times (and explain) it was all play. It takes a little bit of handling in that way.”

Check out the hilarious trailer of ‘Breeders’ season 1!