Will There be a Breeders Season 2? 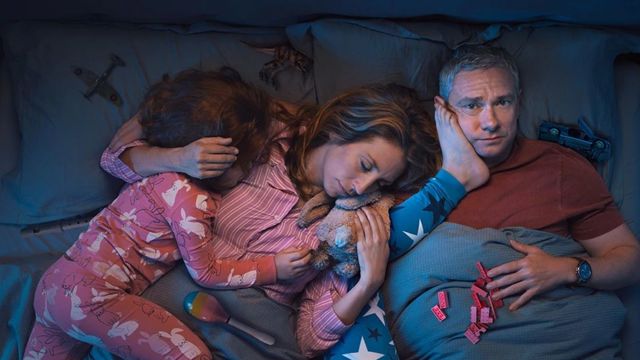 ‘Breeders’ is an American-British comedy that hilariously narrates the ups and downs of a couple raising their two kids. It is a reflection of the real journeys of regular parents who can do anything for their children — and yet, at times, feel a strong urge to just quit!

‘Breeders’ came as a whiff of welcome relief upon its launch on FX. Fans praised the performances of its protagonists and lauded the show for never straying from its premise — which is, “parenting, but more honest!” Yes, it is another add-on to the massive slate of titles about parents behaving badly. But ‘Breeders’ stands apart; it not only derives its humor from the painful realities of child-rearing but it also manages to compel new parents in re-evaluating their current scenario.

As far as the next season goes, the series holds high potential for a renewal. Although FX has not made an official announcement yet, lead star Martin Freeman has already expressed his desire for continuing the story. In an interview with Variety, he said he is keen to go ahead with a second season if it gets greenlit by the channel. Freeman also added that he and his co-creators, Simon Blackwell and Chris Addison, “have lots more we want to do with it and the characters.”

Moreover, with audiences lauding Martin Freeman and Daisy Haggard’s solid performances, the show has already built a strong base for itself. Also, its concept opens multiple doors for the narrative to continue. And since the tale is loosely inspired by Freeman’s own trials and tribulations of navigating parenthood, ‘Breeders’ has the scope to explore several more interesting avenues.

Yes, we believe that the comedy-drama will most likely get another season. If and when renewed, we expect ‘Breeders’ season 2 to release sometime in 2021.

Breeders Season 2 Cast: Who Can be in it?

The plot of ‘Breeders’ revolves around Paul (played by Martin Freeman) and Ally (enacted by Daisy Haggard). The couple is parents to two kids, Luke (George Wakeman) and Ava (Jayda Eyles). Joining the lead cast in other significant recurring roles are Michael McKean as Michael (Ally’s estranged father), Joanna Bacon as Jackie, and Alun Armstrong as Jim. Jackie and Jim are Paul’s parents.

All the main actors will definitely return to reprise their respective characters in season 2.

While we wait for more updates on ‘Breeders’ season 2, you can watch the official trailer for season 1 below:

Read More: Where Was Breeders Filmed?