Breeders Season 3: Everything We Know 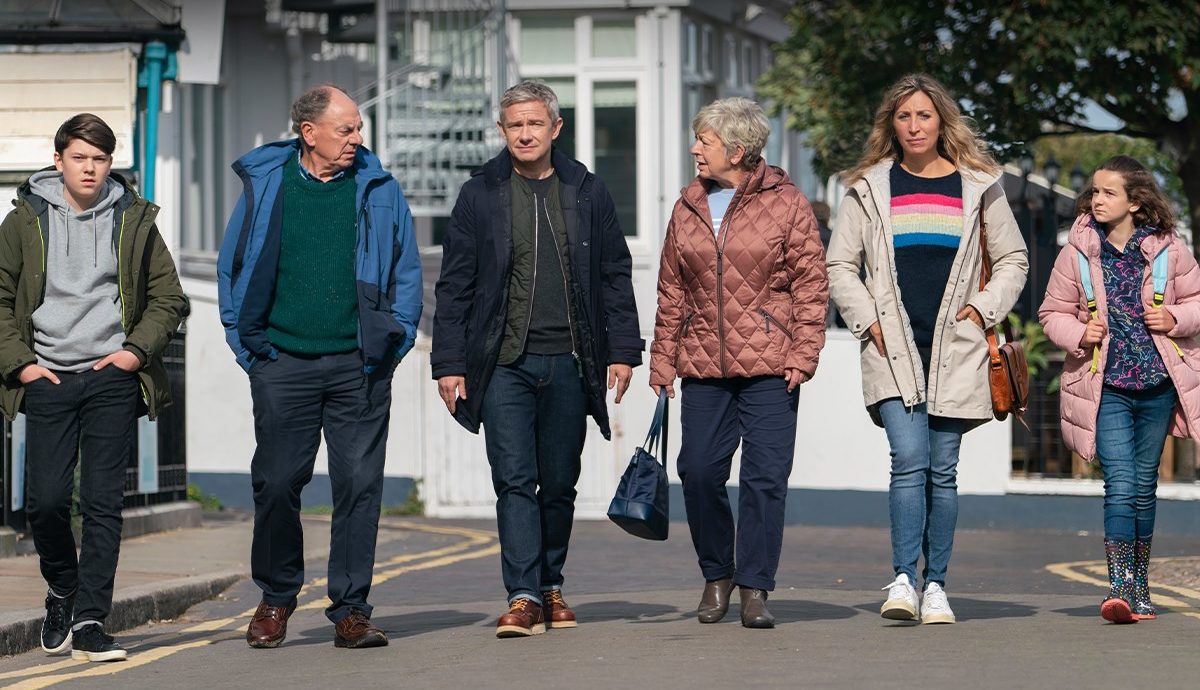 ‘Breeders’ is a hilarious comedy series that details the struggle parents have to go through when raising a child. Through rib-tickling instances and brilliant performances, the series introduces the viewer to the many problems surrounding parenthood and how it can drive one to the end of their wits. Created by Martin Freeman, Chris Addison, and Simon Blackwell, the series has been pretty well-received ever since its premiere on March 2, 2020.

The second season of the series brings with it plenty of laughs and rip-roaring fun peppered by the occasional heart-touching moments. Ever since the conclusion of season 2, fans have been wondering if ‘Breeders’ will be renewed for a third season. Well, we come bearing answers!

‘Breeders’ season 2 premiered on March 22, 2021, on FX Networks, and concluded with the finale on May 17, 2021. It consists of 10 episodes, each with a runtime of 30 mins. Each episode of the second season landed on FX on Hulu, a day after its release on FX Networks. Following its release in the US, the second season premiered on Sky One and streaming service NOW on May 27, 2021.

Ever since the drama-filled ending of season 2, the one question on fans’ minds has been whether the comedy series will return for a third outing. Although there has been no official announcement from FX renewing Breeders for another season, the show’s return seems quite probable as co-creator Simon Blackwell has talked about a possible season 3 and how they are planning to write it.

In an interview with Deadline, Simon Blackwell revealed that they have been working on season 3. He also mentioned that ever since Covid-19 restrictions were lifted, he and his co-writers have been working together in a physical writers room instead of online. Reinstating the importance of working in the same space, Blackwell said, “We really wanted to get a physical room together because there is just that element missing on Zoom. You can feel the vibe of the project and that’s harder to get when you’re all remotely starring down the barrel of your laptop.”

With work for the next season already underway, there is a high chance that the show will get the go-ahead soon. If the network orders the third season by Summer 2021 and the production commences by early Autumn, we can expect ‘Breeders’ season 3 to release sometime in Spring 2022.

Breeders Season 3 Cast: Who can be in it?

Though nothing has been made official as of yet, season 3 might see the main cast moving back into their previous roles. Martin Freeman is expected to step back into the shoes of Paul Worsley while Daisy Haggard will be back as Paul’s partner, Ally. In season 2, Alex Eastwood and Eve Prenelle plays the role of their kids Luke and Ava, respectively, and we can expect them to be back in season 3 as well.

Other cast members who are expected to return in season 3 are Stella Gonet as Ally’s mother, Leah; Joanna Bacon as Paul’s mother, Jackie; Alun Armstrong as Paul’s father, Jim,+; and Patrick Baladi as the couple’s friend, Darren. We can also expect Michael McKean to reprise the role of Ally’s father, Michael, while Tim Steed might return to portray the couple’s neighbor, Paul, in the third season.

Breeders Season 3 Plot: What can it be About?

The end of season 2 sees trouble brewing in the family as Paul and his son come head-to-head on matters they cannot agree on. The family seems to be divided, and Paul’s daughter even feels that their familial bond is breaking apart. Furthermore, the incident of Luke hitting his father drives a wedge in the family and ends up threatening the very foundation of Paul and Ally’s relationship.

Though season 2 takes a 6-year jump from the ending of the first season, it does not seem like season 3 will do the same as immediate issues need to be sorted. Instead, it looks like the potential third season will pick up from where season 2 drops off. It might continue to explore Paul and Ally’s relationship with their children. Hopefully, the third season will conclude the showdown between Paul and Luke, which will help bring the family together again.

Fans may remember that in season 2, Luke appears to be anxious and troubled. The third season would most likely showcase how the entire family comes together to help Luke get rid of his demons. Hence, it seems like season 3 of ‘Breeders’ will bring to our screens even more of the witty, funny, yet heart-touching family drama we have grown to love.

Read More: Where is Breeders Filmed?