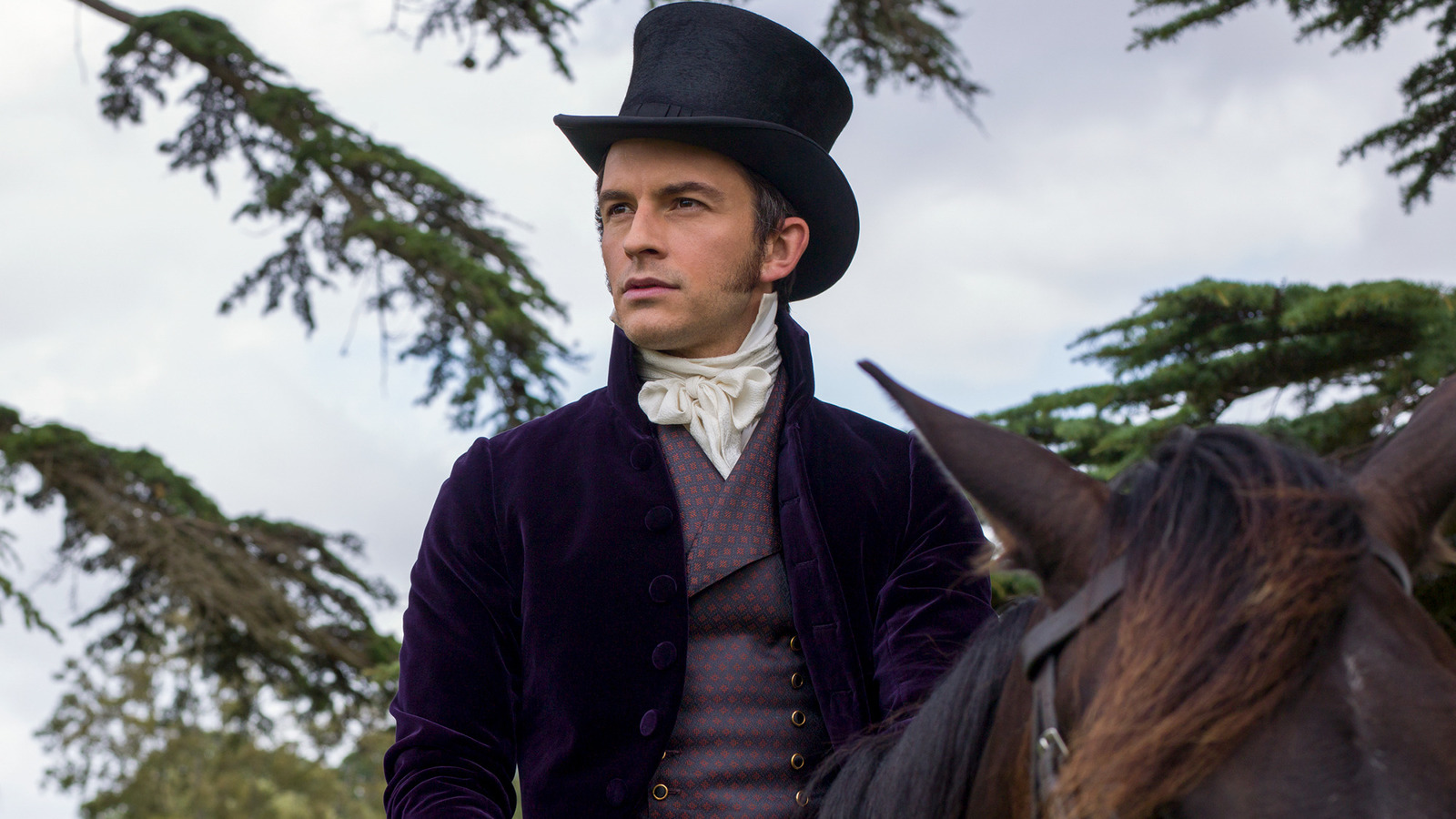 The Emmy-nominated series ‘Bridgerton’ is a period drama set in the Regency era London, where young debutantes are presented at court during the social season. The series primarily revolves around the titular family with eight children and their neighbors, the Featheringtons. Created by Chris Van Dusen, the romantic show is based on the books by Julia Quinn.

The show has been lauded for its portrayal of racially integrated London. The soapy drama, the interesting cast, and lavish production design have also attracted praise. First premiered in December 2020, the series eventually garnered a viewership of 82 million, making it the most-watched Netflix show ever. Anyone who has watched the first season will be left craving for more. So, if you are waiting for news about the second season, we have a lot to share with you!

‘Bridgerton’ season 1 landed on December 25, 2020, on Netflix, with all eight episodes arriving at once. The episodes have a runtime of 57-72 minutes each.

You will be delighted to learn that Netflix ordered the second installment on January 21, 2021. This does not come as a surprise given the critical and commercial success the series has proven to be for the streaming giant.

It is my honor to impart to you: Bridgerton shall officially return for a second season 🐝pic.twitter.com/j6oY6ECdHm

It was reported that the filming for season 2 commenced in March 2021. In early August 2021, it was confirmed that the production was continuing despite several interruptions. Although season 1 finished filming in late February 2020, it only premiered ten months after that. This could be due to the delays in post-production caused by the pandemic. Even though that is not likely to be an issue for the much-anticipated second cycle, it could mean that the team will require at least 12 months to prepare the new season for the premiere. In that case, the fans can expect ‘Bridgerton’ season 2 to release sometime in Q1 2022.

Not only that, the series is expanding its universe. It has been confirmed that there will be a third and a fourth edition of the Regency romance drama. Moreover, a prequel spin-off focusing on Queen Charlotte’s character has also been announced. In December 2020, the series creator Van Dusen told Collider, “I feel like the first season was primarily about Daphne and her love story with Simon. But this being a family of eight children and there being eight books, I would love to be able to focus and really tell stories and love stories for all the Bridgerton siblings. For each character, for sure.” So, it seems like there is nothing such as too much ‘Bridgerton.’

Bridgerton Season 2 Cast: Who is in it?

Other who will reprise their roles are Golda Rosheuvel (Queen Charlotte), Polly Walker (Portia Featherington), Adjoa Andoh (Lady Danbury), Harriet Cains (Philippa Featherington), Bessie Carter (Prudence Featherington), and Nicola Coughlan (Penelope Featherington). In all probability, Julie Andrews will continue to lend her voice to Lady Whistledown. But we will not be seeing Regé-Jean Page (Simon Bassett) and Ben Miller (Archibald Featherington) in the upcoming iteration of the series.

At the same time, several fresh actors have joined the fold. Simone Ashley has been cast as the lead opposite Bailey. She will portray Kate Sharma, a smart and headstrong woman who catches Anthony’s attention. Charithra Chandran will be seen as Kate’s younger sister, Edwina Sharma, who will play a key role in Anthony’s love life. Shelley Conn will play the Sharma matriarch, Lady Mary Sharma.

Other newcomers are Calam Lynch (Theo Sharpe) and Rupert Young (Jack). Theo is a hardworking printer’s assistant, and Jack is a new character who does not appear in the original books. Rupert Evans has joined the mix to portray Edmund, Violet’s late husband, and the father of the Bridgerton siblings. He is likely to appear in flashbacks or dream sequences.

Bridgerton Season 2 Plot: What is it About?

In the freshman run, Daphne participates in her first social season, where she gets to know the Duke of Hastings and her brother Anthony’s best friend, Simon Bassett. The Queen highly praises Daphne, so Lady Danbury encourages Simon to court her. Simon and Daphne pretend to be romantically involved so that she can attract more suitors and he can avoid unwanted attention from other young ladies. But with time, the two develop feelings for each other. They even get married and start a family. As the season comes to a close, Anthony declares that he is determined to find a wife and prove that love has nothing to do with marriage.

The upcoming edition will be loosely based on the second book ‘The Viscount Who Loved Me.’ The new cycle will put Anthony front and center as he crosses paths with the Sharma sisters. Although he might be engaged to Edwina, he won’t be able to get her protective older sister Kate out of his mind. In season 1, it is revealed to the viewers that Penelope is Lady Whistledown, but the characters do not know that yet. So, it would be interesting to see how that plays out in the upcoming cycle.