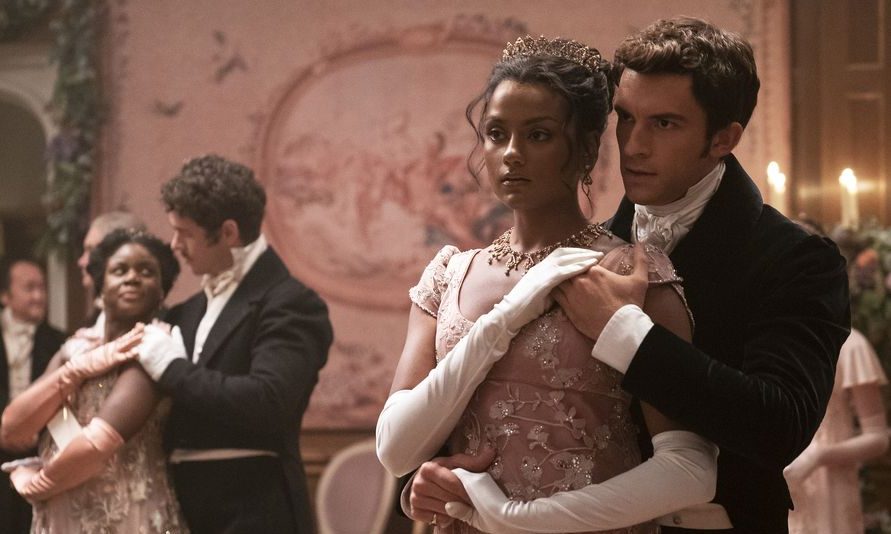 Netflix’s Regency-era romantic drama show ‘Bridgerton’ brings to life a voluptuous world of romance and scandal amidst London’s opulent high society. Based on the novels of Julia Quinn, the show follows the colorful and often scandalous wedding season through the eyes of the affluent and eccentric Bridgerton family.

Created by Chris Van Dusen, the period drama captured the imaginations of audiences and critics when it first premiered in December 2020, becoming one of Netflix’s most-watched series of all time. Season 2 has showered fans with even more candy-hued revelry from the 1800s, further adding eclectic characters to an already brimming roster. Can we expect more in another season? Hold on to your hat, dear reader, for here is everything you need to know about ‘Bridgerton’ season 3.

‘Bridgerton’ season 2 premiered on March 25, 2022, on Netflix. All eight episodes – each about 53-71 minutes long – released simultaneously. As far as season 3 is concerned, we’ve got some good news for fans!

More #Bridgerton love coming to this room soon! Renewed for Seasons 3 AND 4! I’ve poured every ounce of myself into creating this show and the way the world continues to embrace it continues to AMAZE ME. Thank you @netflix 🎉 #BridgertonS3 #BridgertonS4 #ComingSoon #Surreal 💫🐝 pic.twitter.com/qssxTo1bLp

On April 13, 2021, show creator Chris Van Dusen announced on social media that the show had been renewed not just for season 3 but season 4 as well! Therefore, we’re almost certainly getting two more installments of the colorful world of the Bridgertons and all the romantic intrigue that comes along with it.

In fact, if all goes well, ‘Bridgerton’ might just go on for a long time indeed. Seasons 1 and 2 are based on the first two novels in Julia Quinn’s book series, and with eight books in all (plus an additional compilation of epilogues and a short story), there is ample material for future seasons. In November 2021, executive producer Shonda Rhimes revealed that the series hopes to cover the narratives of all eight Bridgerton children, including the youngest ones, when they are old enough. In another conversation, Van Dusen echoed the sentiment, saying he hoped the show gets a total of eight rounds.

With regard to the upcoming edition, there is still no news on production, so there might be a bit of a wait before we get to feast our eyes on the opulent festivities of the show’s spectacularly stylized Regency-era London once again. Taking into consideration the show’s generally lengthy production, we expect ‘Bridgerton’ season 3 to release sometime in Q1 2023.

Bridgerton Season 3 Cast: Who can be in it?

Season 3 will likely see the return of the aforementioned cast members, with Luke Thompson’s Benedict Bridgerton seemingly taking center stage. Of course, the unmistakable voice of Julie Andrews will almost certainly narrate the scandalous proceedings as Lady Whistledown once again.

Other cast members expected to return in the new season include Nicola Coughlan (Penelope Featherington), Phoebe Dynevor (Daphne Basset), Polly Walker (Lady Portia Featherington), Adjoa Andoh (Lady Danbury), Golda Rosheuvel (Queen Charlotte), and many others. It remains to be seen if Simone Ashley and Charithra Chandran will continue reprising their roles as sisters Kate and Edwina Sharma. There will perhaps be new additions to the cast, as has been the case in the second season.

Bridgerton Season 3 Plot: What can it be About?

Season 2 closes with Anthony Bridgerton finally getting together with Kate Sharma, all with the blessing of both their families. The Queen also steps in and helps the two families retain their place in society after the disastrously unsuccessful coupling of Anthony and Kate’s younger sister, Edwina. Meanwhile, Eloise discovers that her closest friend, Penelope, is Lady Whistledown and breaks their friendship. However, this prompts the latter to once again start writing her acidic but highly popular accounts of London high society.

Season 3 will likely trace the plot of Julia Quinn’s ‘An Offer From a Gentleman,’ following Benedict Bridgerton as he falls for the unlikely Sophie Beckett, the illegitimate daughter of the Earl of Penwood. After the Earl’s death, Sophie finds herself at her stepmother’s mercy, only to be rescued by the second eldest Bridgerton brother. As with the first two installments, the upcoming season will be an entertaining celebration of scandalous romances.