Will There be a Brigada Costa del Sol Season 2 on Netflix? 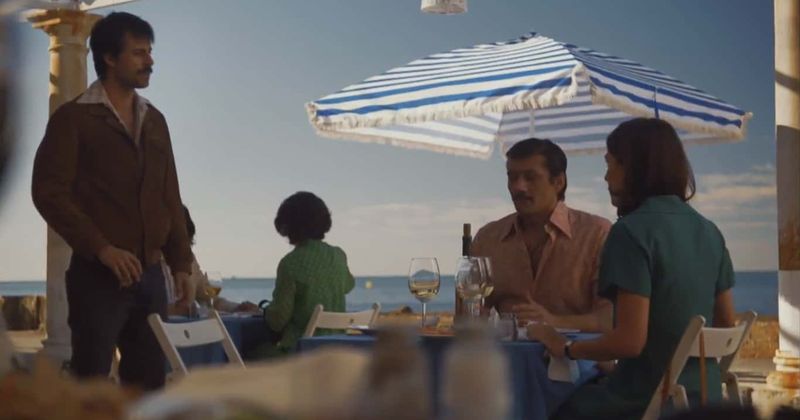 ‘Brigada Costa del Sol’ is a Spanish cop drama, set in the 1970s, which follows four fearless and impulsive police officers as they form a special narcotics unit to tackle the birth of drug trafficking in the coastal community of Costa del Sol. Created by Pablo Barrera, Juanjo García and Fernando Bassi, the show is co-produced by Mediaset Spain and Netflix alongside Warner Bros. ITVP Spain. After an official announcement in 2018, filming for the series began in June 2018, with most of the shooting taking place in Málaga Province. The show wrapped up with its production in February 2019 and is ranked among one of the only Spanish series to be shortlisted for the MIPDrama MIPTV 2019 event — a prominent television and media fair.

The first season of the show was well-received. Now, the question arises: will there be a ‘Brigada Costa del Sol’ Season 2? We will delve into that question, but first let’s quickly look into the details of the series.

‘Brigada Costa del Sol’ features Spanish actor Hugo Silva as Bruno López. He has previously appeared in ‘Los Nuestros’, ‘El Ministerio del Tiempo, and ‘En Tu Cabeza’. Joining him is Álvaro Cervantes as Leo Villa. Cervantes is best known for his roles in Spanish dramas such as ‘Carlos, Rey Emperador’, ‘1898, Our Last Men in the Philippines’, and ‘La Zona’.

If the show is renewed, you can expect most of the main cast members to be back.

Brigada Costa del Sol Plot: What is it about?

‘Brigada Costa del Sol’ is inspired by a true story when Spain saw the genesis of one of its first anti-narcotics squads, the Grupo Especial de Estupefacientes Costa del Sol. In this racy thriller, we witness how the operation started from humble beginnings but was eventually considered as one of the most successful missions in history.

The story follows a group of police inspectors, who are assigned to Torremolinos to form a special Brigade of Narcotic Drugs and fight against drug trafficking. Although their means are limited, they accept the challenge head-on and proceed with a combination of stealth, ingenuity, and courage.

Combining police procedural, drama, and steamy romance, ‘Brigada Costa del Sol’ introduces us to four cops, who come together to form a special narcotics unit. Set in southern Spain, between 1977 to 1982, the story is narrated via a voiceover from the protagonist, offering his “subjective and cynical viewpoint” while documenting the various hassles faced by his team.

We have witnessed multiple drug-centric dramas, such as ‘Narcos‘ and ‘Fariña’, which are set against the backdrops of Latin America and Galicia. However, this is the first time that a series is centered around Costa del Sol, located close to Morocco and one of the hot-spots of the illegal narcotics trade. And across the show, we see how the composition, camera movements, and lighting are used to emphasize the tropical vibes of this coastal community. Even the art, photography and costumes strongly reflect the culture of the late 70s. The cast is clad in bell-bottoms and shiny prints. There are even posters, advertisements, and political propaganda, bringing in classic vibes.

The lead cast is excellent. For instance, Hugo Silva’s depiction of a rebellious, charismatic cop, named Bruno, is aptly convincing. Joining Bruno is a crew of three other police officers, embarking on an adventure to put an end to the drug trade. Lump is a discreet individual, carefully guarding his secrets while Leo is a refined womanizer. Martín is a reasonable and intellectual cop who introduces the required sanity in the team. The only female character, Yolanda (Sara Sálamo) sows the required seeds of revenge and passion. She gets entangled in a love triangle with Bruno and Leo. Yolanda was once a simple neighborhood girl but currently is a ruthless woman with her own vendetta.

Across the episodes, we see how these characters shed their layers and expose different versions of themselves, thereby, building sub-plots within the main plot. Overall, ‘Brigada Costa del Sol’ is a juicy story with a great narration, apt cliffhangers, and an attractive storyline.

‘Brigada Costa del Sol’ season 1 premiered simultaneously on the two main channels (Telecinco and Cuatro) of the Mediaset España group in Spain on May 6, 2019. After spanning 13 episodes, it wrapped up on July 22, 2019. For the international audience, its first season premiered in its entirety on October 25, 2019, on Netflix.

As far as the next season goes, we don’t have an official announcement yet from either Telecinco or Netflix. Though considering the success of the first season, there’s a good chance of the show coming back for at least one more season. If renewed, ‘Brigada Costa del Sol’ season 2 can release sometime in October 2020. We will update this section as soon as we hear more.