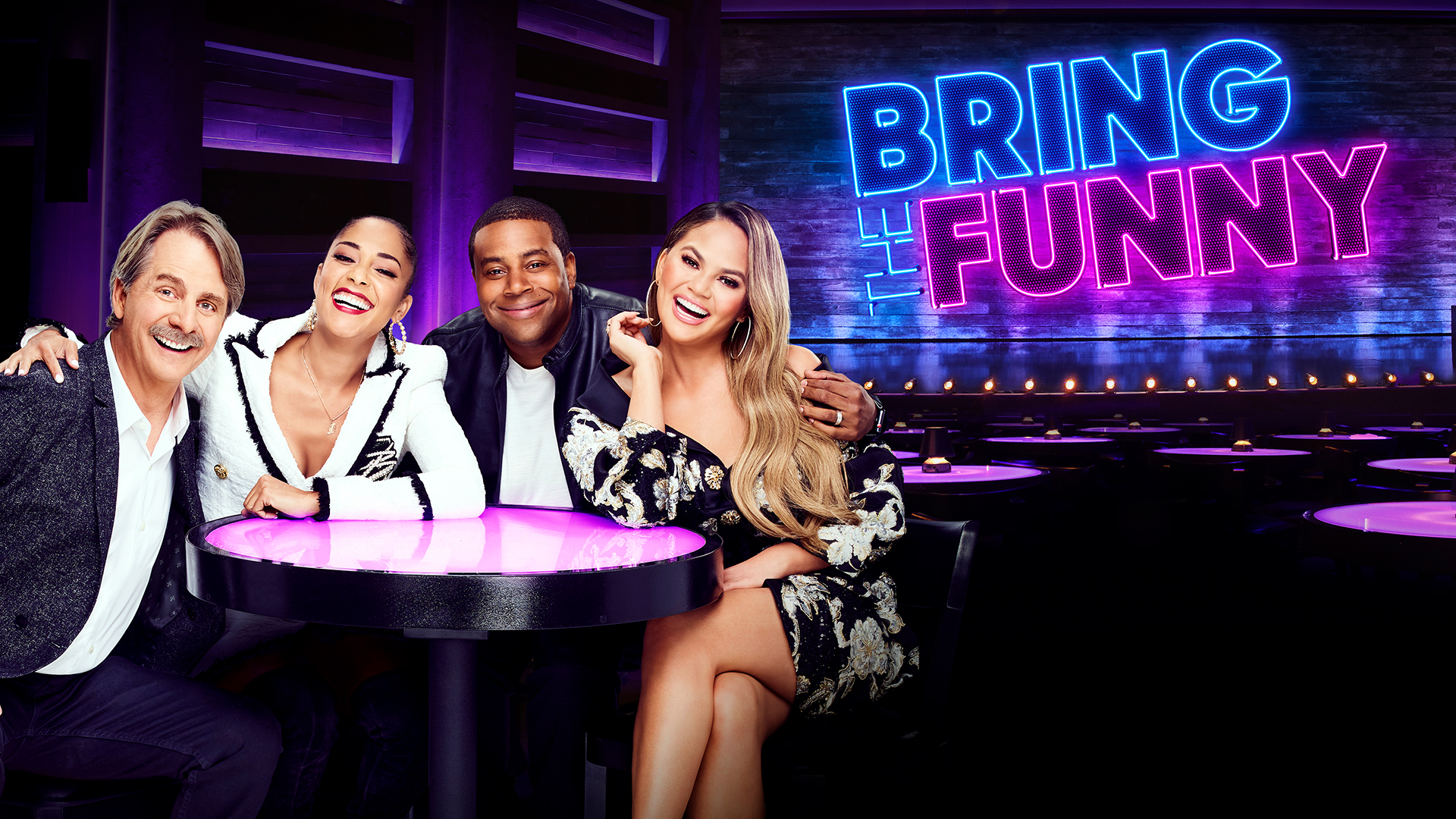 NBC has always believed in giving opportunities to upcoming comedians via its vast collection of comedy competition shows. ‘Bring the Funny’ is another attempt from the channel to continue this legacy. Created in collaboration with ‘Just for Laughs’, this reality TV series features 40 comedic acts vying for the grand prize of $250,000 and the golden chance to perform in the Just for Laughs Festival. Executive produced by David Friedman and Matilda Zoltowski, the NBC show is produced by Universal Television Alternative Studio.

Bring the Funny Cast: Who is in it?

‘Bring the Funny’ is hosted by Amanda Seales, an internationally recognized stand-up comedian who travels the world, featuring in comedic lectures that cover everything from sexism and diversity to relationships and black popular culture. She is also a former MTV VJ and executive produced ‘I Be Knowin’, a comedy contest and an HBO show. She is a regular appearance on ‘Insecure‘ and ‘Black-ish’.

Sitting on the judges’ panel is TV personality and New York Times No. 1 best-selling author Chrissy Teigen. She is a fan-favorite on social media, especially for her witty tweets and posts. A writer of two hit cookbooks, she also stars on Paramount Network’s popular competition show, ‘Lip Sync Battle’. The second judge is Jeff Foxworthy, a veteran comedian, a multiple Grammy Award nominee, and an author of more than 26 best-selling books. Most of his acts revolve around regular family interactions and human nature. Additionally, he has his own comedy channel, apart from starring in several TV shows. The third judge and SNL superstar, Kenan Thompson is best known for his hilarious impressions that include the Reverend Al Sharpton, Charles Barkley, Steve Harvey, and David Ortiz. He has also played many famed roles in multiple series and co-hosted ‘Deep House Dish’.

All the judges and host are expected to return for season 2.

Bring the Funny Plot: What is it about?

‘Bring the Funny’ features some of the most talented comedians who perform in front of a live audience, while eyeing toward winning the competition and taking home a grand cash prize of 2,50,000 dollars. Adopting a unique and first-of-its-kind approach, this series brings together all types of comedy performances, which include stand-ups, sketch troupes, and comedic variety acts.

There are also solo comics, musicians, magicians, puppeteers, podcasters, and YouTubers. In fact, anyone who has the skills to make the audience laugh can partake in the contest. The format of the show comprises it being segmented into four rounds —  Open Mic, Comedy Clash, Showcase, and Live Finale. In the last stage, the whole of the US is able to vote for their favorite candidates. The one who is the funniest manages to receive the career-changing prize money and witness his or her name being featured on ‘Bring the Funny’ showcase.

When you tune in to watch ‘Bring on the Funny’, you will notice that this show brings all the vibes of old-school comedy clubs. Something, which we can relate to when it comes to comedy stand-up. There’s a huge stage with a wood-paneled wall as the backdrop and loads of footlights. You can even see a big old neon sign buzzing with the show’s name. Additionally, the seating arrangement comprises round tables that seem to be a staple of every comedy club. Yes, everything screams “comedy’ and if you are a fan of hilarious stunts and witty banter, you should definitely give it a try.

You can expect a new set of talented comedians participate in season 2.

Bring the Funny Season 2 Release Date: When will it premiere?

As far as a renewal is concerned, it is difficult to say anything so soon. However, considering its premise and taking into account NBC’s history of success with comedy contests, we are positive that even this attempt will receive widespread acceptance. Therefore, we would not be surprised if the creators decide to go for another installment. If renewed, ‘Bring the Funny’ season 2 might release sometime in July 2020. But since NBC has not made any official announcement yet, we shall update this section as have the official confirmation.

Below is the official trailer for season 1 of the show. You can also watch the latest clips and videos on their YouTube channel and official website.