Bringing Up Bates S09: All the Details We Know 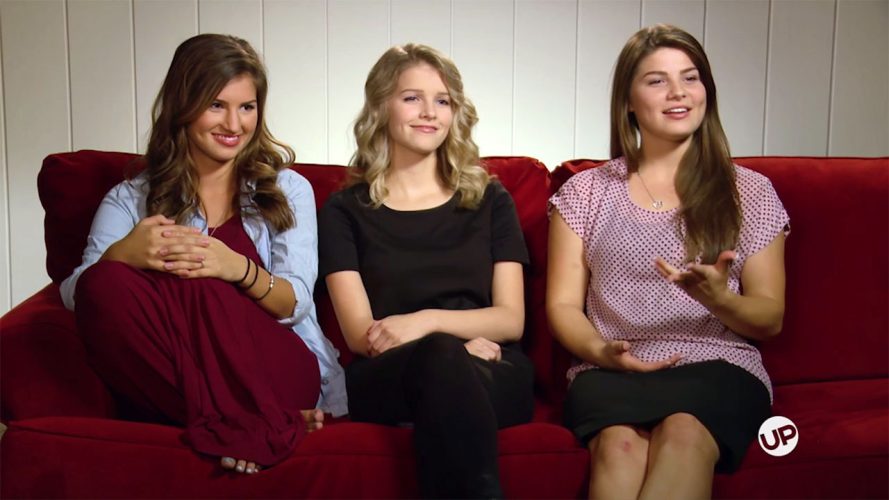 ‘Bringing Up Bates’ or popularly stylized as ‘Br1n9ing Up Bates’ is an American reality television show which originally released on January 1, 2015, and airs on Up TV. The show revolves around the Bates family, especially around Kelly Jo Bates, Gil Bates, and their nineteen children. They both got married on December 19, 1987, when she was 21, and he was 22. Since then, they have had 10 daughters and nine sons.

At first, the Bates family was featured on a show titled ‘The United Bates of America‘ that aired in 2012. It was only in October 2014 that the announcement was made about the sprawling Bates family getting their own show titled ‘Bringing Up Bates’ on Up TV.

The long-running show, since its launch, has managed to capture the hearts of fans during its run of eight seasons, to date. So, will it make a comeback yet again? Will there be a ‘Bringing Up Bates’ season 9? Read on to know.

Bringing Up Bates Season 9 Release Date: When will it premiere?

‘Bringing Up Bates’ season 9 premiered on March 5, 2020, on Up TV. Just like previous seasons, the show is expected to last for 24 episodes.

Bringing Up Bates Cast: Who is in it?

Essentially the show centers around the husband-wife duo, their 9 sons and 10 daughters. As of now, they also have 12 grandchildren since some of their kids got married.

In the upcoming seasons, if the family expands (which is definitely going to happen since some of the couples are expecting) it will be through marriage and birth, and these new members will then become a part of this ongoing show.

What is Bringing Up Bates about?

‘Bringing Up Bates’ is basically a family-based American reality show, which is centered around the Bates family and how they bring up their offsprings. It follows Gil and Kelly Jo as they nurture their 19 children and raise them with a combination of love, humor, and Christian values. While this might sound like the most wholesome content when it comes to television shows, ‘Bringing Up Bates’ is actually a lot more than that.

The series is not only an excellent example of how to go about parenting but also gives an insight into sibling relationships across ages. Since, of their 19 kids, 10 are girls and 9 boys, there are siblings across all ages and the seasons document how they all get along with each other. It is never easy at first and often erupts in troubles and quarrels, but ultimately the siblings stick together for the most part.

Past seasons have also gone ahead to show the children getting married and Gil and Kelly Jo becoming grandparents. For instance, in season 8, a son is born to Tori and Bobby while Zach and Whitney renew their vows. Carlin and Evan get engaged and Josie and Kelton tie the knot. It is fun to see how the kids feel, stepping into the shoes of parents. Thankfully, they can look to their own mom and dad who have plenty of advice to share, considering the number of kids they brought up between the two of them.

However, not everything is love-dovey in ‘Bringing Up Bates’. The show has plenty of drama too when the time comes, involving fall-outs, flared tempers, and hurt emotions. But yet, amidst the squabbles, the clan does manage to finally resolve everything.

Season 9 continues telling the story after November 2019, when season 8 ended. Since then, Carlin Bates has said “I do” and Trace Bates has discovered a special lady friend. There are announcements of new babies on the way and yes, many more firsts. Michael Bates comes to his hometown, Tennessee after spending several years in Chicago. The eldest Bates daughter plans to enroll in a nursing school. Well, this is just a gist. There’s plenty more to come when the latest season starts airing on Up TV.

‘Bringing Up Bates’ Season 9 does not have a trailer yet, but you can be sure that we will keep you updated. In the meanwhile, you can watch the trailer for Season 8 below.