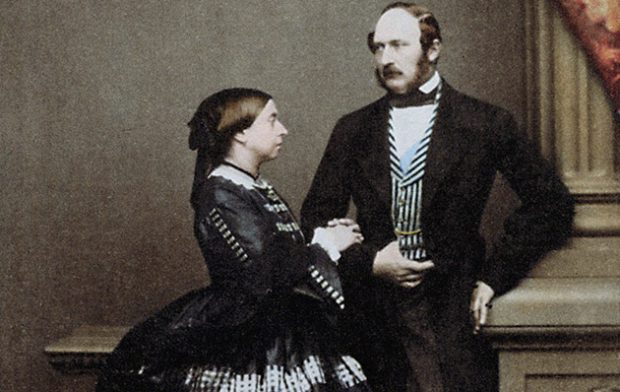 ‘Britain in Color’ is a historical docuseries that sheds light on the grandeur of 20th century Britain. But here’s the wonderful, surprising twist. The series relives the greatest moments in history by presenting black-and-while images, entirely in color. With the application of advanced digital technology, this Smithsonian show tells us the stories of British royalty during those times — by adding extra doses of reality.

Britain in Color Cast: Who is in it

Like almost all other documentaries, ‘Britain in Color’ has no particular cast members. And it does not need a dedicated panel of actors — the tales are engaging enough to keep viewers interested. And when fans get to know the dramatic stories of kings, queens, and colonists, all presented in colors, we think that this concept is, in fact, more engrossing than fiction.

What is Britain in Color About?

‘Britain in Color’ narrates the real tales from 20th century Britain — with the only exception being, the series uses never-seen-before colored archive footage to relive the evolution of the nation.

The story starts by taking viewers to the earlier years in the 20th century, which was one of the most powerful periods under the British regime. The country controlled almost a quarter of the lands on the planet. But, the Royal Family had their own challenges. They were desperately attempting to rebrand their clan so as to save the throne. This is when Winston Churchill played a vital role in offering support and strength to his citizens.

In one of the episodes, we witness how the respected and beloved Royal Family had to face scandals, wars, and even resignation in order to save the monarchy. Through new colored footage, we get to witness how the British royalty from the 1900s, including Queen Victoria, her son Edward VII, George VI, and Elizabeth II, participated in weddings, battles, coronations, and funerals. In these rare images, we also revisit the journey of the House of Windsor as they came back to power after facing a severe downfall.

In another episode, we travel to the 1960s, when the Union Flag was disregarded by 24 regions colonized by the British. As a result, the country had to accept the near-end of decades of imperial dominance. The story, told through colorized archival footage, sheds light on South Africa’s Boer War, the royal tours of Prince Edward, and Gandhi’s non-violent movement. Additionally, we get to witness real-time visuals regarding the Treaty of Versailles and Queen Elizabeth II’s ambitions as she re-invented Britain into  a unified commonwealth of nations.

‘Britain In Color’, an ambitious, archive-only series, is extremely engrossing, no doubt. But it was also a daunting challenge for the production team. So, how did the crew succeed in executing this project? As apparent by now, the subjects covered in the show are broad, complicated, and detailed — thus requiring the creators to browse through dozens of early films.

On the other hand, each episode covers around five decades of British history. This indicates that the team needed to go through massive amounts of footage in order to arrange the story in a chronological order. Once they decided which clips would be used in the tale, they had to search for the original reels since the colorizing process is best effective when used on images with the highest resolution.

The team scoured sources that would offer the required quantities of original film. This included institutes like the Imperial War Museum, BFI, and US National Archives. However, the most difficult challenge was to arrive at compelling stories that could be told through interview testimony, dramatic recreation or specialized photography. The archived images needed to capture historic events while also highlighting the personality of the main players in the show.

But after months of hard work, the team finally managed to bring together ‘Britain in Color’. The primary goal of the documentary is to showcase these rare films so that they can be preserved and their digitized versions would be able to infuse the same level of interest in the new generation.

Britain in Color Season 1 Release Date: When will it premiere?

‘Britain in Color’ season 1 premieres on November 17, 2019 on Smithsonian Channel. The series releases in both the UK and the US on the same date.

Smithsonian has not released an official trailer for ‘Britain in Color’ season 1. However, you can head to their official site of you wish to be updated on episode schedules and synopses from the series.