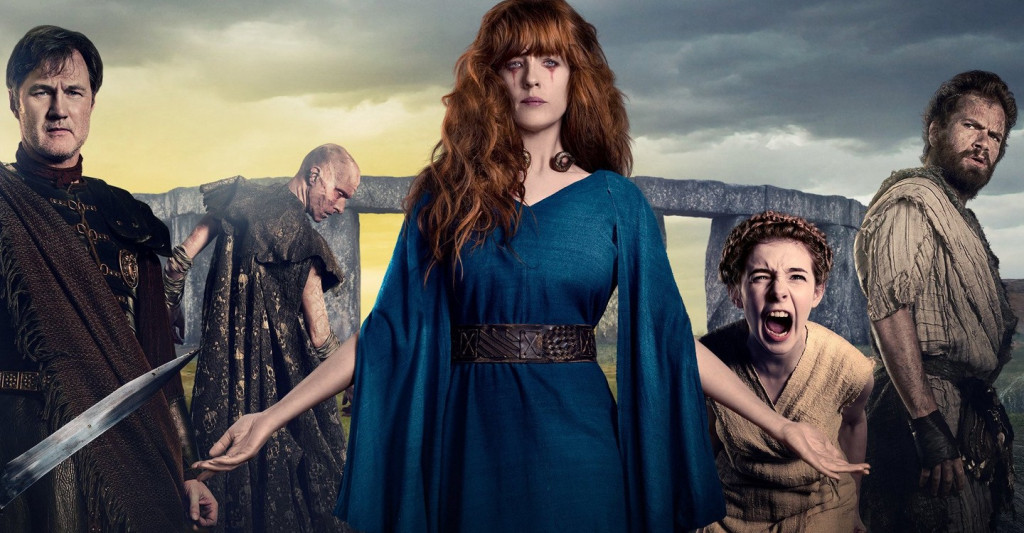 ‘Britannia’ is a British-American historical fantasy series that marks the first co-production between Sky and Amazon Prime Video. The series airs on Sky Atlantic in the UK and on Amazon Prime in the US. It first premiered on January 18, 2018, in the UK and on January 26, 2018, in the US. The show has been created by Jez Butterworth, Tom Butterworth, and James Richardson.

‘Britannia’ resuscitates the vibrant and exotic historical period going back to 43 AD. The Roman conquest of Britain and the mystique of the uncharted lands forms much of what goes on in the series. Historical fantasies are always fun to watch and tend to attract a large audience base, especially, those who love to watch shows set in particular periods. Moreover, due to the show being available on Amazon as well, it is more accessible to everyone. All this has led to a rather strong fan following for the series. Critics too have lauded the show saying, it is ‘brilliantly bonkers’ and while the duplicitous characters and fantasy will not be to the liking of everyone, the show’s spellbinding madness is right for those who are looking for some not too serious sorcery and swordplay.

Britannia Cast: Who is in it?

The main cast of ‘Britannia’ includes David Morrissey as Aulus Plautius, the man responsible for beginning the Roman conquest of Britain, Hugo Speer as Lucius, and Fortunato Cerlino as Vespasian, the Roman emperor. They will lead the Roman charge again in the upcoming season, after the demolition of Cantii in the previous season’s finale.

Daniel Caltagirone plays the role of Brutus. There are several other characters who make up the Roman side of things. Besides the Romans, there are the Cantiis, which is the Celtic people, living in Britain. There is also the Regnis and the Druids. Together, they make for a very rich cast and manage to capture the essence of the show among themselves.

In the upcoming season, most of the main cast members are expected to return, except for the Cantiis, since things did not go too well for them by the time the previous season ended. However, we might see some new characters in the cast including Mackenzie Crook, who already appears as Veran, a member of the Druids. He will also play the part of this brother Harka, ‘the Dead Man’, who is likely to awaken and challenge him. We will also get to see Steve Pemberton in the role of Emperor Claudius.

Britannia Plot: What is it about?

Cameron Roach, Sky’s Commissioning Editor for Drama, summarized the show’s underlying tenets as follows: “The series is a tale of clashing faith systems, torn apart families, mystic men, and fearsome queens, all told with humor, heart, epic drama, and violence.” The quality of the show and the women-centric plot urged commentators to promote the series throughout Britain and the UK amidst rising voices for social change regarding gender inequality.

In the initial season, the series follows the Roman conquest of British lands — “a mysterious land ruled by wild warrior women and powerful druids who can channel the powerful forces of the underworld.” Rivals become allies, foes become friends as the regional Celtic forces join hands to keep foreign powers at bay.

The struggle for power and victory is expected to continue over the seasons. When we are first introduced to the show, we see that the land about to be conquered is already filled with warring Celtic tribes. The Druids, Cantiis, and Regnis are all there, and soon they meet the Roman conqueror who grandiosely states “Behold, gods of Britannia! I am Rome! And where I walk is Rome!”. However, the natives do not seem to be too worried by this declaration, but all that changes and soon we see swords, flayings, blindings, uncountable treacheries, blood feuds, burned villages, peasants captured, limbs cauterized and all the other violence and political maneuvers that one would expect to come from conquerors.

The Guardian has highly praised the acting on the show as well, and has gone one to sum the essence of the series, saying, “‘Britannia’ is the kind of program in which you need to keep your wits entirely about you in order to keep track of the games of three-dimensional chess every character is playing or abandon them altogether and just enjoy. I recommend the latter. Britannia rules! Fetch me my torque!”

Hopefully, in the upcoming season, the story will pick up from where it left off. We are likely to see the Romans still trying to complete their conquest motif, and as they progress, they continue to crush anyone who opposes them. The Druids and some Celts still put up a strong front, refusing to give in to the conqueror. All this can apparently be stopped by a Cait, who has the responsibility of fulfilling a prophecy of saving Britannia from the Romans. However, when Harka wakes up, all things go for a toss. Known as ‘the dead man’, he is the brother of Veran, the leader of Druids. The pair start an epic battle of their wills which not only puts the Druids but the entire prophecy of Britannia being saved, in jeopardy. It remains to be seen if they can put past their differences and stand united against an external threat.

Britannia Season 2 Release Date: When will it premiere?

‘Britannia’ Season 1 premiered on January 26, 2018, in the USA, and on January 18, 2018 in the UK. The announcement of the renewal of the show, for another season, was made in March, 2018, by Sky Atlantic. The producers of the show pointed to the decision as being a “no-brainer”. While the exact release date still remains undecided, ‘Britannia’ Season 2 is likely to air sometime in the autumn of 2019. Following the pattern of the last season, the show will likely air a week later on Amazon. However, do stay tuned for an official update on the release date.

While we wait for the release of ‘Britannia’ Season 2, check out the season 1 trailer to refresh your memories. If you haven’t seen the show yet head over to Amazon Prime to catch all the episodes of the previous season.