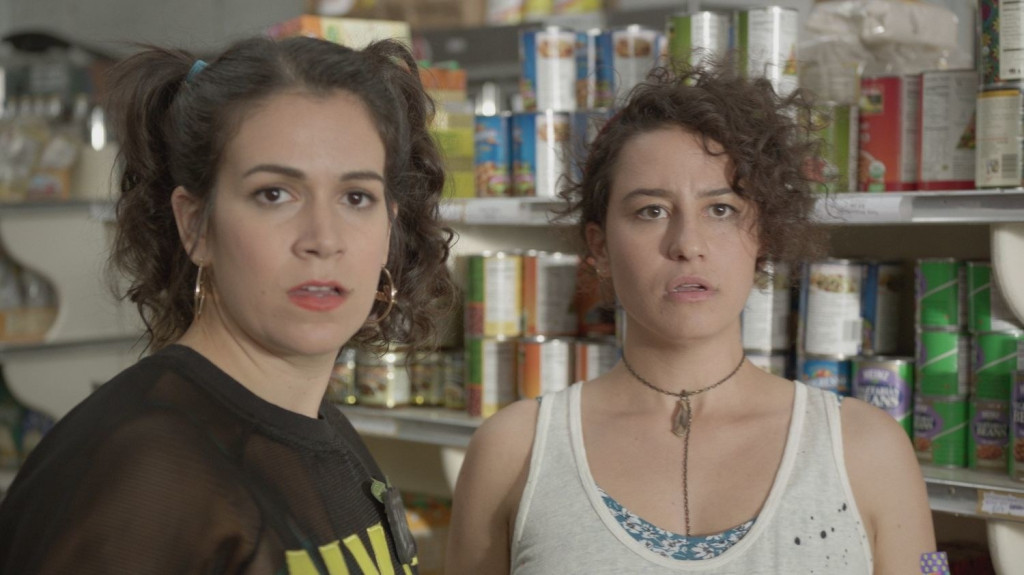 ‘Broad City’ is an American sitcom that airs on Comedy Central and is based on a web series of the same name that was produced independently from 2009-2011. Created by the creators of the web series, Ilana Glazer and Abbi Jacobson, the show follows Ilana and Abbi’s real-life friendship as they both attempt to make it in New York City.

Glazer and Jacobson met and became friends when they were taking courses at the improvisational and sketch comedy group, the Upright Citizens Brigade. After becoming good friends, the duo started their own web series on YouTube, which slowly started gaining popularity. Subsequently, they came under the notice of American comedian and actress Amy Poehler, who urged them to turn their show into a television series. She even featured in the web series finale, and went on to become the executive producer of ‘Broad City’ when it hit the small screen.

Season 1 of the show premiered on Comedy Central on January 22, 2014, and was praised by television critics and viewers alike for its quality, writing and humor. Since then, the show has seen four more seasons air, each of which has received critical acclaim. On January 24, 2019, Season 5 of ‘Broad City’ started airing on Comedy Central, and marked the last season of the immensely popular and critically acclaimed show.

Broad City Cast: Who is in it?

Being a sitcom of relatively small scale, there are only two main characters in ‘Broad City’.

Ilana Glazer plays the role of Ilana Wexler, and the character is based on her own self. A New York University (NYU) graduate, Ilana is in her 20s and is an extraverted slacker and marijuana enthusiast. Owing to her own self-absorbed ways, she is often oblivious to others’ feelings. For most of the show, Ilana is shown to be working at a sales company, although she hardly works, and takes breaks that last for several hours. She is later fired for posting an extremely controversial video on the company’s Twitter handle. Further, Ilana is portrayed to be a sexually liberated person who has an ongoing casual sexual relationship with a dentist by the name of Lincoln. But, Ilana’s wayward ways often end up affecting Abbi, as we see in the show.

Abbi Jacobson, meanwhile, plays the role of Abbi Abrams. Like her friend Ilana, even Abby is a marijuana enthusiast, albeit one who prefers other activities apart from simply smoking up. Unlike Ilana, though, she is not a slacker and rises from the post of a cleaner to that of a trainer at the fitness center where she works. Abbi, who is way more level-headed among the two, also has aspirations to become an illustrator and pursue art full-time. However, unlike Ilana, she is less free-spirited and less sexually liberated, and struggles to find sexual partners. Throughout the show, we see Abbi trying to strike a balance between her own earnestness and being as free-spirited as Ilana is.

Broad City Plot: What is it about?

There’s no plot to ‘Broad City’ per se, but the show follows Ilana and Abbi’s adventures and misadventures in New York City as both friends try to “make it”. In their 20s, Abbi and Ilana’s adventures are often weed-infused and frivolous, and Abbi, despite her attempts to work, is often seen getting drawn into Ilana’s lazy schemes. Yet, the show is a touching tale of friendship that is often a laughter riot, and it shines in the way it captures the lives of two young women trying to navigate life in New York City.

While the first three seasons of the show glow in this light-heartedness, capturing Abbi and Ilana’s carefree existence, the show took a darker turn in its fourth season. This was echoed in its setting too – while the first three seasons took place in summer, the fourth season appeared to reflect the gloom and depression experienced by Ilana and Abbi, and took place in the bleak midwinter of New York City. Although this shift was quite unexpected from a show that thrived and celebrated its carefree youthfulness, it proved to be an extremely crucial step in what the show shaped up to be in its final season. In the final season of the show, ‘Broad City’ took a step that set it completely apart from other similar sitcoms. Instead of continuing in its cheery youthfulness full of pot-infused adventures, humor and casual sex, Ilana and Abbi, in a surprising change of tone, decided to start acting like adults and take life a wee bit more seriously.

At the end of the show, we see Abbi leaving every comfort she knows and everyone she knows behind to start her life over in another part of the country. Even Ilana, the more free-spirited and carefree among the two, decides to quit her weed-smoking lifestyle and head to grad school to become a therapist. Yet, it’s not just Abbi and Ilana’s decisions to change their decadent lives that stands out, it’s their acceptance of each other’s decisions to move on that shines through as the show’s crowning moment.

In terms of critical acclaim, ‘Broad City’ has perhaps outdone every sitcom out there, and it enjoys an overall Rotten Tomatoes score of 99%, with Season 1 being the only Season that misses out on a perfect score. Viewers, too, have loved the touching tale of friendship, and ‘Broad City’ enjoys a solid rating of 8.3/10 on IMDb, after over 22,000 votes. The show has also received multiple Critics’ Choice Television Awards nominations.

Broad City Season 6 Release Date: When is it coming out?

Here is the trailer for Season 5 of Broad City to give you a glimpse into the show and what awaits in the final season.