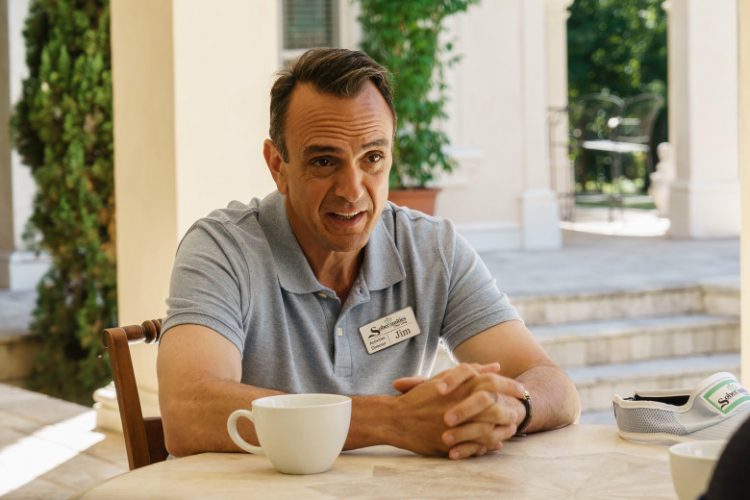 ‘Brockmire’ is an American comedy series that follows the life of a defamed Jim Brockmire who was once a popular major league baseball announcer. He makes a remarkable re-entry into the field after overcoming the humiliation of a scandal involving unfaithfulness of his wife named Jules James. He had also suffered a public meltdown in his career. He comes back to reclaim his career a decade later in a small town in America that is home to minor league’s Morristown Frackers.

‘Brockmire’ started a few years back after a small video clip went viral on the Funny or Die website. The series first premiered on 5th April 2017 and airs on the IFC Network. ‘Brockmire’ is directed by Tim Kirkby who has worked on ‘Veep‘ and ‘Brooklyn Nine-Nine‘. The executive producers are Hank Azaria, Joe Farrell, Joel Church-Cooper, Tim Kirkby, Mike Farah as well as Mike Farah with Funny or Die and How 2 Pictures.

Moving on and reclaiming one’s life, especially if you have had a public meltdown is a hard thing to do. This is especially true because you simply do not have it in you to pick up the pieces and build it up again. If you are a public figure, then the people never let you forget it and you simply cannot live it down. However, ‘Brockmire’ is the story of a person who did exactly that. This tale of perseverance and overcoming personal and professional hurdles to get back in the saddle, metaphorically, is what has drawn a large number of fans to this show. Critics have also praised it saying, “Brockmire insinuates itself as the series goes on, elevated by assured, compelling performances from Hank Azaria and Amanda Peet — and a raw humor all its own.”

Brockmire Cast: Who is in it?

The main characters of this series, ‘Brockmire’, are as follows: Hank Azaria of ‘The Simpsons‘ fame as Jim Brockmire is the main character who is an alcoholic as well as a drug user. He is the former announcer of Kansas City. He was fired in 2007 for an on-air tirade against his unfaithful wife and then managed to make things worse at the subsequent press conference where he was supposed to fix things. Since then, he has had to tour Asia and other countries calling non-traditional sporting events like cockfighting.

Amanda Peet of ‘The Whole Nine Yards’ fame plays Jules James who owns the Morristown Frackers and the town’s main bar. She is known for her competitive nature and can go to any limits to gain the attention of the fans. Tyrel Jackson Williams plays Charles who is the head of digital media in the Frackers. He is also an expert in computers and technology but does not possess a lot of athletic ability or interest in sports including baseball for that matter.

Other recurring members of this series include Paul Rae as Dale, Molly Ephraim as Bartender, Steve Coulter as Coach PomPom, Alex Phipps as Ryan Stanton, Toby Huss as Johnny the Hat, Ethan Daniels as Bat Boy Calhoun, Hemky Madera as Pedro Uribe, Adan Rocha as Danny Cruz, Ryan Lee as John Elton and Daisuke Tsuji as Yoshi Takatsu. There have been several other characters over the seasons, including the notable J.K. Simmons of ‘Counterpart‘ and ‘Whiplash‘ fame, who appears in the role of Matt “The Bat” Hardesty, a former baseball player, who is now a sports announcer.

While the upcoming season is likely to see most of the main cast members return, we hope to see some new faces in the recurring and guest cast lists and they are bound to keep things interesting for everyone.

Brockmire Plot: What is it about?

This series ‘Brockmire’ chronicles the life of Jim Brockmire who used to be a famous announcer at Major League Baseball. He was defamed when he found about his wife’s infidelity. He returned a decade later to get back what he lost after going through a public meltdown. In the first season, he plans to reclaim his love life and his career in a small town. Brockmire always finds a way to crack jokes.

“As I always would tell people on set, like when the stunt coordinator’s handling the gun, ‘Don’t worry guys, this is a comedy. It’s a comedy. I’m telling you right now; it’s going to be funny. It’s funny before this scene, and it’s going to be funny after,'” series creator Joel Church-Cooper told in an interview. “We’re trying to push the character and push the content and explore new spaces in TV. It’s the golden age of television. Why the hell not explore and go as far as you can to make something new, while also having hard jokes that are funny?”

When we are reintroduced to Brockmire, we see him trying to piece his life back together having resurfaced in the USA. However, he is unaware that he is now a YouTube celebrity due to his notoriety, and this makes Jules get him so that his celebrity status can draw fans. The town and Brockmire’s new job all become settings of empathy and humor as his tale is recounted and Brockmire has to fight an uphill battle against his demons before he can once again reclaim the fame and greatness that he had.

The Hollywood Reporter sums up the show aptly, saying, “Brockmire moves through a trio of arcs, delivering underdog sports shenanigans, the Jules-Brockmire romance and Brockmire’s sad and probably doomed search for redemption. That’s all propped up with enough low-brow jokes, raunchy baseball references and disreputable hijinks that the show never wallows. I reached the finale and was surprised at how much I wanted to see more from a character I initially thought couldn’t sustain more than five minutes.”

Hopefully, in the upcoming season, the show will continue in a similar tone and we will see more of our titular character as he slowly begins to find that maybe everything in his life will fall into the right place like pieces of a jigsaw puzzle.

Brockmire Season 4 Release Date: When will it premiere?

‘Brockmire’ Season 3 premiered on April 3, 2019. Fans have nothing to worry about since IFC had already renewed the show before season 3 for two seasons on March 29, 2018. No official release date has been announced but our best guess is that ‘Brockmire’ Season 4 will premiere in April, 2020. We will update this section as soon as learn more.

While we wait for season 4, check out the trailer for Season 3 below. If you have not seen the series, do give it a watch.