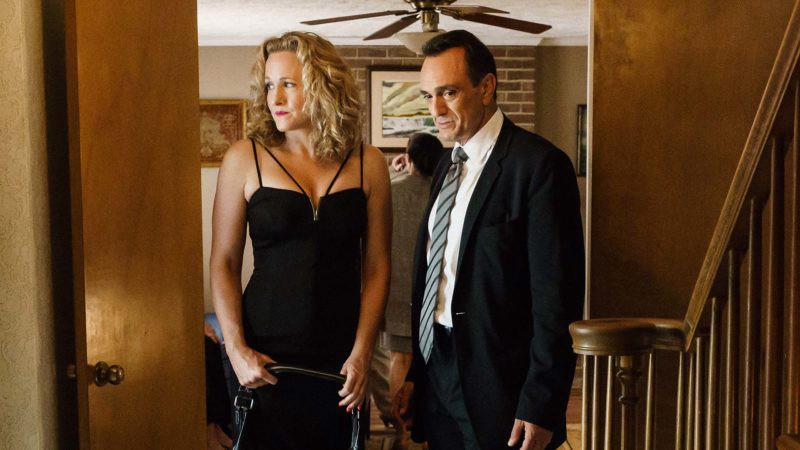 ‘Brockmire‘ seems extremely topical, all of a sudden, since the new season focuses on a dystopian world. We are reintroduced to the titular character, who is tasked with turning the future of baseball around. However, he has to fight an uphill battle in a country where cricket has gained immeasurable popularity.

Adding to Brockmire’s troubles is the fact that he has to balance his personal and professional life. Since his daughter’s going to school in New York, Brockmire would rather spend time with her, than on the league. However, the last episode sees him making some changes to the league’s rules, which ends up making the game more complex.

Curious to find out what happens in the latest episode? We are here to give you the rundown and walk you through when and where you can watch the upcoming episode.

Brockmire Season 4 Episode 4 Release Date: When Will It Premiere?

‘Brockmire’ Season 4 Episode 4 is slated to be released on Wednesday, April 8, 2020, at 10 PM. Titled “Comeback Player of the Year,” the episode sees Jim and Jules reminisce about their relationship and the times they spent together.

Initially, they plan to keep things professional, but when they work to convince the team owners, to turn the teams over to new owners, sparks fly in the partnership. However, the task at hand is to make the necessary changes to revitalize baseball.

This episode brings back Jules, as Brockmire approaches her to turn around the future of baseball. With the trio of Jules, Brockmire, and Charles, back together, one can expect great things. However, we also understand how women are constantly punished for one mistake, while men get a chance to turn things around.

Jules becomes a pariah because a magician commits suicide in one of the shows she organizes. Now all she has left is the possibility of rural sustainability for Morristown. Even when Brockmire reenters her life, she isn’t sure whether she wants to be a part of baseball, which she’s long left behind.

With Jules’ alcohol and drug problem, one isn’t entirely sure whether she is a good fit. However, Charles and Brockmire seem to trust her, and if she trusts them as well, we might see Jules succeeding with their support.