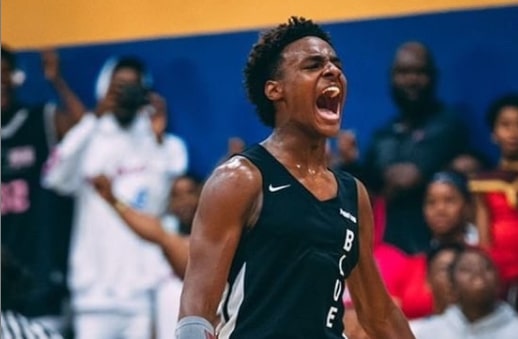 No, Bronny James is not dead, contrary to any rumors on social media. The young star is alive and doing well. Bronny, whose real name is LeBron Raymone James Jr., is an American high school basketball player who goes to the Sierra Canyon School in Los Angeles. All eyes are on Bronny since he’s the oldest son of LeBron James and is a wonder on the court in his own right. Bronny is also a content creator for FaZe Clan, an e-sports team. While scouts have already started complimenting Bronny’s style and poise, his recent death rumor has naturally rankled fans. Here’s what went down.

We have been unable to trace any one source for Bronny’s death rumors. It appears that someone on social media started the hoax, and it began to spread like wildfire. Most netizens get carried away when they see such news about a celebrity or athlete they support. In the rush to share the information, there is often no verification process, which makes us susceptible to death rumors. If readers check such news with reliable sources, the situation can be avoided. After all, Bronny is LeBron’s son, which is enough to earn him major press coverage if something befalls the fifteen-year-old.

As of now, Bronny is alive, but his fans might have been quicker to jump the gun about his death since his last post is on September 11, 2020. Bronny doesn’t seem to have posted in a while.

While the young basketball player might not have made an Instagram post recently, he did put up a story – which is what went viral about Bronny in the first place. In our opinion, the reactions to this post got Bronny trending, which in turn gave rise to the death rumor. So, what happened to Bronny?

He was seen smoking what appears to be marijuana in the Instagram story. While the original clip has now been removed, you can see it here.

Fans have been in two minds about it. Some are outraged that a 15-year-old athlete is smoking marijuana on social media, perhaps even disrespecting his father. Meanwhile, others have noted that it is perfectly fine for growing children to experiment with recreational drugs. You can see one such post below.

Bronny has not responded to the death hoax yet, and it is not likely that he will. After all, being caught in the eye of a media storm isn’t exactly desirable. After making waves with the viral clip, Bronny will be looking to lay low for some time. LeBron’s son has a promising career ahead of him – with reports emerging back in 2016 that he already holds offers to play college basketball of Kentucky and Duke, among others. Moreover, he’s just 15, and in good health, so he is unlikely to meet his demise due to natural causes. LeBron has also ensured that his kids mostly stay at home during the pandemic, so an accident isn’t too much of a possibility either. Thus, the death rumors hold no water, and we will leave you with a clip of Donny doing what he does best, shining on the basketball court.