When Will Brooklyn Nine-Nine Season 7 Premiere on NBC? 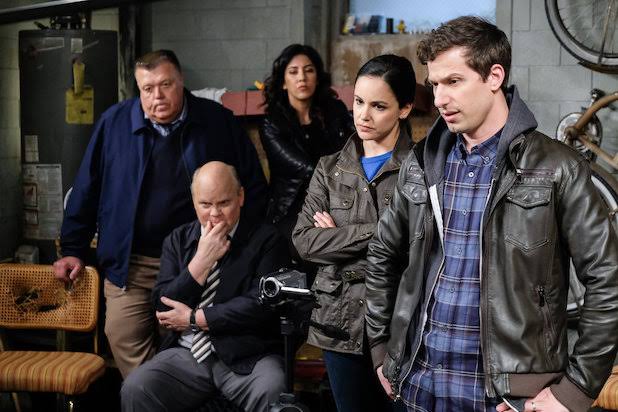 ‘Brooklyn Nine-Nine’ is an American police television sitcom that currently airs on the NBC network. Created by Dan Goor and Michael Schur, the show, which originally aired on Fox, follows a talented yet immature New York Police City Department (NYPD) detective who is at constant odds with his commanding officer.

A pretty old show, Season 1 of ‘Brooklyn Nine-Nine’, consisting of 22 episodes, premiered on Fox on September 17, 2013, and was praised unequivocally by critics and viewers alike. Since then, the show has been on a roll and has seen five seasons air on Fox, with each season being a bigger hit than the last. On May 10, 2018, Fox, in an unforeseen move, canceled the show, leaving fans in a state of shock. However, thankfully for fans of the show, NBC picked it up for the sixth season, which started airing in January 2019.

Now, the next question is: will there be a Brooklyn Nine-Nine Season 7? We shall delve into that question but first, let’s quickly look into the details of the series.

Brooklyn Nine-Nine Cast: Who is in it?

As far as the cast of ‘Brooklyn Nine-Nine’ is concerned, the show boasts a top-tier ensemble cast who play the major characters that comprise the police force in the fictional 99th Precinct in Brooklyn.

The main protagonist of the show, NYPD detective Jake Peralta, is played by actor and comedian Andy Samberg. Playing the role of Peralta’s partner, Amy Santiago, is Melissa Fumero.

Apart from these characters, several minor characters make occasional and episodic appearances in the show. That being said, we expect all the aforementioned major characters to make a comeback and reprise their roles in the seventh season.

Brooklyn Nine-Nine Plot: What is it about?

‘Brooklyn Nine-Nine’ largely follows Detective Jake Peralta and his interactions with the rest of the team, especially with Captain Raymond Holt.

Peralta is portrayed as a cop who’s so good at his job that he doesn’t have to sweat it when it comes to being diligent or following the rules. With a stellar arrest record and an aptitude for solving cases, Peralta is a prodigious detective. At the same time, owing to his brilliance, he doesn’t take his work too seriously and is a carefree, easy-going man who has been indulged all his life.

However, Peralta’s life takes a turn for the worse when Captain Holt takes charge of the police force at the 99th Precinct. Almost immediately, Peralta loses much of his status as a star detective, owing to Holt’s by-the-book nature and his sharp criticism of Peralta’s easy-going ways. To complicate things further, Peralta’s partner, Amy Santiago, is quite aware of his record and hopes to beat it one day. In this sense, she’s extremely competitive and knows exactly what she needs to do to beat Peralta and become the star detective of the precinct.

The show follows Peralta as he has to shape up to the circumstances and deal with his boss, while also managing his personal relationships with the other members of the team. Throughout the show, we see Peralta and co. interrogating suspects, arresting perpetrators, and dishing out some punishing damage to those who stand in their way. This essentially forms the core of the sitcom, which is more about interpersonal relationships and workplace drama than it is about crime-fighting. And insofar as workplace drama is concerned, ‘Brooklyn Nine-Nine’ is a laughter riot.

In season 6, Holt discovers that John Kelly has taken over his position of the commissioner and is extremely depressed. Jake and Amy offer him support and ask him to protest against Kelly’s regressive policies. Meanwhile, Gina resigns and turns to showcase her internet skills. Amy and Jake argue if they want kids while Terry passes the Lieutenant’s Exam. Season 7 is expected to pick up the antics of the crew right from where season 6 leaves off and continue to tell their eventful stories.

When it comes to reception, ‘Brooklyn Nine-Nine’ found some real takers among television critics, who have repeatedly praised the show for its brilliant portrayal of workplace drama and relationships. Unsurprisingly thus, ‘Brooklyn Nine-Nine’ has a mind-blowing score of 97% on Rotten Tomatoes, with Seasons 2, 4, 5, and 6 having perfect scores of 100%.  On IMDb, the show enjoys a solid rating of 8.4/10 after almost 170,000 votes.

Brooklyn Nine-Nine Season 7 Release Date: When will it premiere?

NBC soon renewed the show for another season and ‘Brooklyn Nine-Nine’ season 7 premieres on February 6, 2020. It consists of a total of 13 episodes. NBC announced the renewal of the show on February 27, 2019, and the news took even the cast members by storm, who couldn’t help but express their surprise and unadulterated joy at the show being renewed. Making the announcement, Lisa Katz and Tracey Pakosta, Co-Presidents of NBC’s Scripted Programming, said, “It’s been one of our great joys as a network to give ‘Brooklyn Nine-Nine’ a second life. “Cheers to Dan Goor, Mike Schur, Luke Del Tredici and David Miner, and our amazing cast and crew who each week turn New York’s finest into New York’s funniest.”

Meanwhile, fans of ‘Brooklyn Nine-Nine’ have nothing to worry about as far as the future of the show is concerned, as NBC has already renewed it for an eighth season in November 2019, ahead of its season 7 launch. There’s no update on a release date yet and considering the fact that the seventh season is yet to make its debut, it’s too early to predict a concrete schedule. We shall update this section as we learn more.

NBC has not released a trailer for season 7 yet. While we wait for one, here is the trailer for Season 6 to give you a glimpse into the hilarious show and the story thus far.