Brooklyn Nine-Nine S07 E06: All the Details You Need to Know 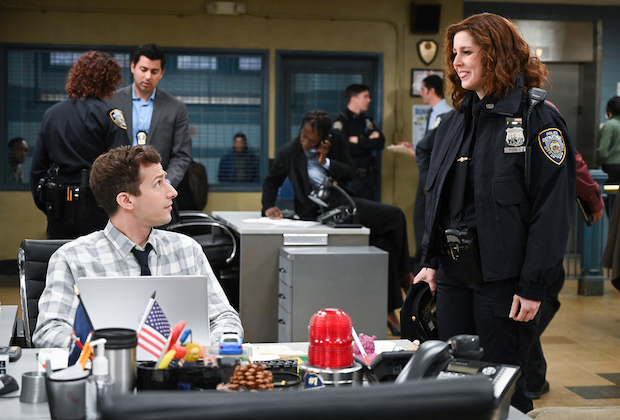 The sixth season of Brooklyn Nine-Nine might not have been as impressive as we had hoped it to be. But when it returned with its seventh season, which is currently on air, the show has managed to revive its old charm once again.

When episode 5 landed this week, we witnessed one of the most complicated situations being handled with utmost ease, finesse, and brilliance within a span of just 22 minutes! What’s more? The entire focus this time is on Debbie, who portrays a completely different side to her persona — which stands in contrast to what we had initially believed her to be. She has a short story arc but that’s enacted wonderfully in this episode.

Now, with episode 5 out of the way, fans are curious to know the details of the next episode. Read on to know everything about ‘Brooklyn Nine-Nine’ season 7 episode 6.

Brooklyn Nine-Nine Season 7 Episode 6 Release Date: When Does it Premiere?

The official synopsis gives some idea of what lies in store in the upcoming episode. It says: “Jake and Amy work an uncrackable case while Holt adjusts to a new beat; Hitchcock looks for the love of his life.”

You can catch episode 6 of ‘Brooklyn Nine-Nine’ season 7 by tuning in to NBC at the timeslot mentioned above with the help of an active cable subscription. Moreover, you can also watch the season online, if you have a valid cable provider’s login, on NBC’s official website.

In last week’s episode, we saw Debbie Fogle stealing 20 bricks of cocaine and machine guns from the evidence lockup. In this week’s episode, the story starts off right from here. She is obviously, almost instantly proved to be guilty. She reveals to Terry in the interrogation room that she is working for a crime lord named Silvio Nucci. Debbie then confesses that she took up this deal as she was promised $1 million, which she wanted to use for her father’s surgery.

But when the team accompanies Debbie to the scheduled hand-off site, the latter snorts line after line and then ties all of them up in the apartment. However, Rosa is able to convince Debbie that if she does not untie them and Nucci and gang end up killing the officers, D would be considered an accessory to murder. Debbie is convinced and releases the cops just before Nucci enters the house. The gangster is then apprehended by the Nine-Nine crew and Debbie is given a sentence of 10 years in prison — which is less than the usual 30 years since Rosa tells the DA that Debbie had cooperated with them.