Brooklyn Nine-Nine S07 E07: All the Details You Need to Know 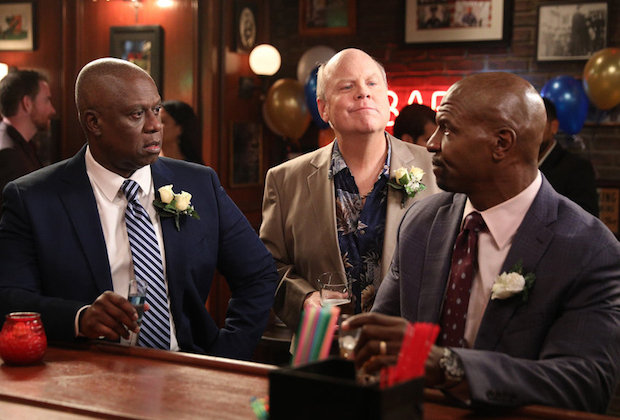 Last week, Brooklyn Nine-Nine dropped a fantastic storyline, which finally ended with Debbie behind bars. And this week, the show is back to resume its regular routine with episode 6 called Trying. Well, as the name goes, this episode spans six months (what?) with everyone’s favorite couple Jake and Amy “trying” hard to have a baby. But what happens? More on that later.

Now, with episode 6 out of the way, fans are curious to know the details of the next episode. Read on to know everything about ‘Brooklyn Nine-Nine’ season 7 episode 7.

Brooklyn Nine-Nine Season 7 Episode 7 Release Date: When Does it Premiere?

You can catch episode 7 of ‘Brooklyn Nine-Nine’ season 7 by tuning in to NBC at the timeslot mentioned above with the help of an active cable subscription. Moreover, you can also watch the season online, if you have a valid cable provider’s login, on NBC’s official website.

Episode 6 of Brooklyn Nine-Nine attempts to pack many plots together in its short time span. However, the thing is, it does not flounder — all the story arcs are wrapped up clean and tight. The major plot here revolves around Jake and Amy, who attempt to get pregnant. And this arc is spread across six months. They try the ‘Amy way’, the ‘Jake way’ and even as a last resort, the ‘Hitchcock way’. But to no avail. After multiple negative pregnancy tests, the couple finally decides to call it quits and concludes that they should not put so much stress on themselves.

In the accompanying subplots, the stories are equally interesting. Holt is frustrated with walking the same beat every day. On the other hand, Charles and Rosa attempt to hide their guinea pigs, which procreate almost on a continuous basis. When there are around 600 of these animals in the precinct’s storeroom, there’s a rift between the employees. Terry asks Charles and Rosa: “What were you thinking? Breeding guinea pigs at work?” — to which Charles replies: “We weren’t breeding them on purpose. They’re just very sexual creatures and we didn’t want to slut-shame them!” Rosa quips: “Yeah. Sorry, you’re not more sex-positive Terry.”

Meanwhile, Hitchcock discovers a missing tooth and sets off finding the love of his dreams — Cinderella-style. He also brings in his weird friend, who offers to buy all the guinea pigs to turn them into toupées. Well, that’s a good ending for the furry rodents, considering that had he not made this arrangement, all of the 600 animals would have ended up in the lab or somewhere far worse.