Brooklyn Nine-Nine Season 8: Everything We Know 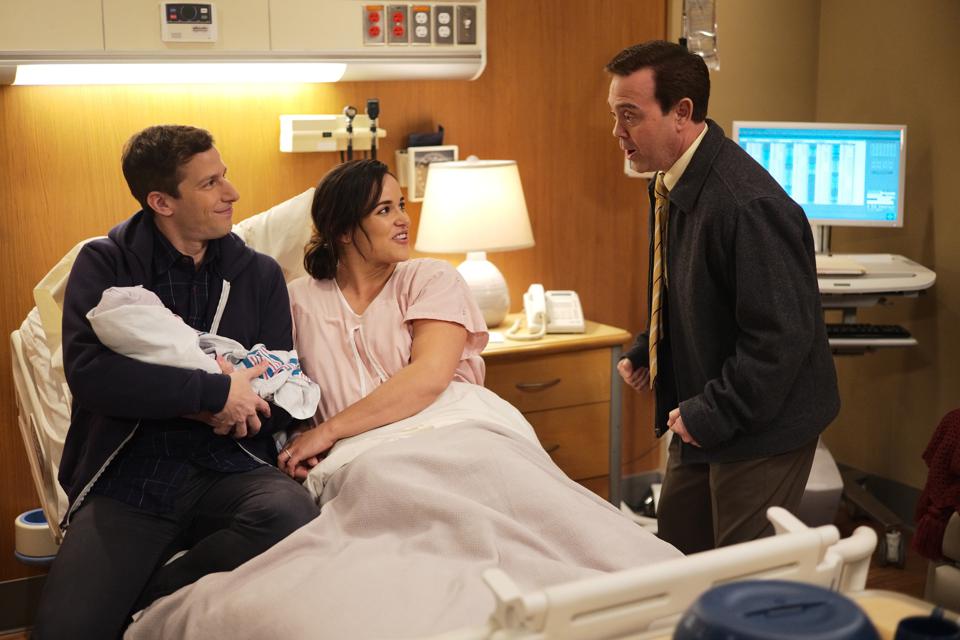 ‘Brooklyn Nine-Nine’ gave us lovable characters, each of whom is popular among the fans, be it Peralta, Captain Holt, Gina, Roza, Hitchcock, or Scully. This award-winning police procedural comedy series. It revolves around the adventures of the fictional 99th Precinct of the NYPD in Brooklyn. The show originally released on September 17, 2013, on Fox, but was canceled after five seasons. Soon, NBC picked up the show for season 6, which is where it currently airs.

The series has been highly praised for its intelligent comedy and the entertaining dynamics between Jake Peralta and Captain Raymond Holt. Since its inception, the critics have appreciated that the show addresses relevant and timely issues without compromising the comedic factor. The fans are eagerly waiting to know what the future holds for ‘Brooklyn Nine-Nine.’ Let’s find out!

The show was given the green light for season 8 in November 2019, but an exact release date is currently not known. Apart from the fact that the COVID-19 has thrown almost all the productions off the schedule, the upcoming season is further delayed because completed scripts for four episodes were discarded following the killing of George Floyd and the subsequent Black Lives Matter movement.

The writers of the critically acclaimed show felt it was essential to address these issues and therefore decided to realign the future episodes. The series is scheduled to release in 2021, as per the announcement on the show’s official Twitter account. So, we can expect ‘Brooklyn Nine-Nine’ season 8 to release sometime by mid-2021.

*Capt. Holt voice* We're in a state of total euphoria. #Brooklyn99 returns in 2021 on @NBC, streaming on @PeacockTV. pic.twitter.com/1sXKIE0Nr9

Brooklyn Nine-Nine Season 8 Cast: Who is in it?

Chelsea Peretti, who plays Gina Linetti, will most likely return as the sardonic civilian administrator Dina since Dan Goor is keen on having her back on the show. The fan-favorite Craig Robinson (Doug Judy or the Pontiac Bandit) has made several guest appearances throughout the show; therefore, we may see him again.

Brooklyn Nine-Nine Season 8 Plot: What is it About?

Season 7 ends with a city-wide blackout. As Amy goes into labor, Jake rushes to be there by her side. After many tense moments, Amy and Jake are seen showing off their newborn son, Mac. Goor revealed that the writers did not feel the need to end the season on a cliffhanger, considering the show had already been renewed for season 8. Also, the birth of Jake and Amy’s baby is a joyful moment that the writers did not want to interrupt by ending the season on an ambiguous note. The creators wanted to ensure that the show uses its voice to talk about important issues, as it has in the seasons before.

Therefore, season 8 will focus on the Black Lives Matter movement. Andre Braugher shared that the series will have to portray the police “more realistically” to emphasize that they are not above the law. He added that although doing this is going to be a challenge for the comedy series, it has the potential to be a “groundbreaking season.” It will shine the light on Jake and Amy’s new role as parents as they try to do their best in the professional sphere. Their baby, Mac, will play a significant role in the shenanigans.

Another real issue that the show will touch upon is the COVID-19 pandemic. Dan Goor told The Hollywood Reporter, “We think there is a value to escapism, but at the same time, we don’t want to be ignorant. There is a debate about what next year will look like. I don’t think anybody wants us to, nor do we want to, have our characters toiling away in the depths of the pandemic. I don’t think that’s the direction we’ll go in.” But the fans need not worry since the show has always delivered quality comedy even when it brings up sensitive issues.