When Will ‘Building Giants’ Return on Science Channel? 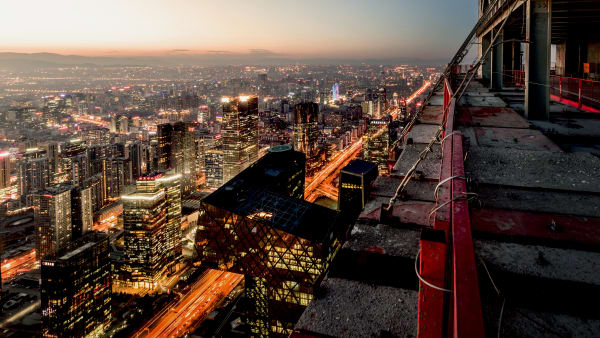 ‘Building Giants’ is a television series that explores the design, architecture, and construction that goes behind some of the world’s largest engineering feats. It shines a light on the pioneering constructions that are responsible for major breakthroughs in the field of development. The show uses Computer Generated Imagery to present astonishing details of the buildings they showcase. The series originally aired on the Science Channel and has been produced by Windfall Films.

It first aired on January 5, 2018, and has since followed up with two seasons, the latest having premiered on November 9, 2019. The question to be addressed now is, will there be a ‘Building Giants’ Season 4? We will answer that soon enough, but first, let’s quickly look into the details of the series.

Building Giants Season 4 Release Date: When will it premiere?

‘Building Giants’ Season 3 premiered on November 9, 2019. The show has been a success and is viewed across the world. Discovery Network reported that along with ‘Mega Machines‘, the show managed to push the viewership ratings by 32%.

As far as the next season goes, there is a good chance of us getting to see more episodes. Due to the success of the show, it is not just likely that we will be seeing ‘Building Giants’ Season 4, but we estimate it will release sooner rather than later, most likely in the second half of 2020. Stay tuned for updates.

Who is the Host of Building Giants?

‘Building Giants’ features narration by Jullian Barratt. Jullian is an English actor, comedian, and music producer. He has also acted in numerous films including ‘Bunny and the Bull’ (2009), ‘A Field in England’ (2013) and ‘In Fabric’ (2018). Jullian has been the constant face of the show since it aired and it would surprise nobody if he returns as the host of ‘Building Giants’ Season 4 as well.

What is Building Giants About?

‘Building Giants’ takes us on a journey of engineering marvels and shows us everything that goes into building and maintaining some of the greatest engineering feats man has achieved across the world. We are used to admiring these massive structures and many of them are an important utility for thousands of people every day. However, we fail to understand, or are not aware of the story behind how these megastructures were built.

‘Building Giants’ follows the wonderful narration of Jullian Barratt as it showcases intricate details on architecture, planning, design, and construction. Each episode of ‘Building Giants’ introduces us to an engineering marvel and then proceeds towards building its case study. The show features interviews of engineers, architects, and workmen who have worked or are working on the structure.

The show explores the initial idea and planning behind the structures. It also narrates the challenges and pressures that are accompanied during construction and the safety measures that are implemented. The best part about ‘Building Giants’ is the original construction footage videos that are often shown. The show uses CGI to reconstruct the structures visually and helps us understand its most intricate and astonishing details.

Some of the structures that feature in the show are the Mercedes Benz Stadium in Atlanta which holds an eight-petal retractable roof and a capacity of 71,000 people, a cruise ship that holds a capacity of 7000 people including the crew, and a flood barrier in the city of Venice designed to prevent the city to be submerged due to flooding. Another episode features a circular subway system built under the city of Copenhagen in Denmark. One episode features the world’s largest suspension bridge built on the Arctic Circle.

Barcelona’s Sagrada Familia, which is the world’s tallest church, is also featured in the series. This church took 140 years to finish construction and engineers recently finally accomplished the feat. Each episode of ‘Building Giants’ is truly mind-boggling as you can do nothing but wonder at how far we have gone in engineering and design technology.

The interviews showcased in the series take us closer to understanding the experience of such challenging constructions. We get to see the chief architects and designers, who conceptualized these mammoth feats. The show adds a lot of excitement by showcasing the challenges and the dangers that the teams faced during construction.

‘Building Giants’ is one of the most informative shows out there. The exceptional narration and the stories behind these marvels are extremely entertaining and offer a piece of in-depth knowledge of design and engineering. The stories of how such structures were built, and the difficulties faced in building them, make us realize the pressure and the efforts taken by teams of engineers and project managers, who worked tirelessly to meet sharp deadlines in their pursuit to build the impossible.

You can check out the trailer for ‘Building Giants’ here to get a better idea of the show.