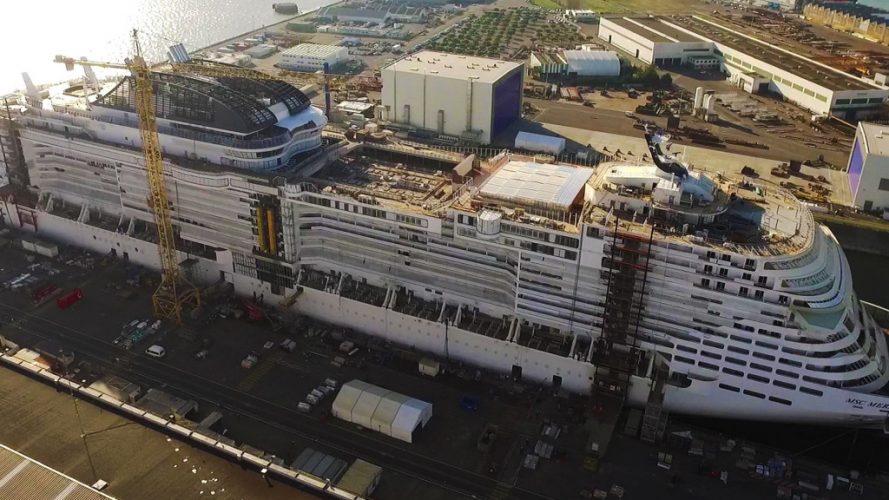 Building Giants is a documentary series originated in the United Kingdom. The first season was aired on 5th January 2018 on Science Channel. Massarella, Dan Kendall, Rob Hartel, and Carlo Massarella are executive producers for Building Giants. This series showcases constructions which are filmed with Computer Generated Imagery to provide astonishing details to the viewers. From building 71,000 seat Mercedes-Benz Stadium in Atlanta to building an advanced skyscraper in the New York City, and from building the longest suspension bridge in the Arctic Circle to developing the tallest church in Barcelona, the experts have completed every project successfully in a given period.

Building Giants is produced by Windfall Films for Science Channel. “There are so many mind-blowing buildings and machines that are being constructed all over the world. These two series shine a spotlight on the incredible Science and technological innovation that enables the types of advancements that many of us take for granted,” said Kyle McCabe, Executive Producer, Science Channel.

Building Giants Season 2 Cast: Who is in it?

The main cast for this Buildings Giants includes Erleen Hatfield, Avrey Martin, Julian Barratt (Narrator), etc. We will update this section as soon as we have any news about the cast.

Buildings Giants Season 2 Plot: What is it about?

In the first season of Buildings Giants, NFL team travels to Atlanta’s Mercedes Benz Stadium which is one of the world’s most advanced stadiums. This stadium has the most complex retractable roof built above the stadium. This billion dollar stadium is famous for its astounding architecture due to its eight petal retractable roof. The team is also given a task to build an arena at $1.6 billion. In the next episode, experts try to develop one of the luxurious and big cruise ships in the world. This cruise ship will carry five thousand passengers. The team has to race to build ship designs and constructions. Another episode follows engineering experts build the latest and most advanced skyscraper in a bustling area of New York City. The experts must make sure that it should be thin and tall. They also have to take notes to build it in a strange diagonal framework. The world’s best builders and engineers have to face challenges to build this unique building.

Further on the show, engineers build one of the longest suspension bridges in the Arctic Circle. They are given a small period of time to build the bridge before the brutal winter starts. More on the show, engineering experts have to race to build a new railway line in Copenhagen, Denmark. The bridge will have 17 brand new stations, 22 miles of tunnels and cutting-edge driverless trains. In another episode, engineering experts are completing the world’s tallest church in Barcelona, Spain. The Sagrada Familia has been trying to build it for more than 140 years which was designed by free spirit Antoni Gaudi. Another bizarre feat includes an engineering team that has built one of the world’s toughest skyscrapers in Beijing which is 1,500 foot tall. It is designed in a behemoth style and experts are breaking records to build this skyscraper in earthquake zones.

Building Giant Season 2 Release Date: When will it premiere?

The renewal for Building Giants Season 2 is yet to be announced by Science Channel. According to sources, the show is yet to be scheduled. If an air date for a second season is announced, you will find its details on this page. We recommend you stay tuned to this page for further updates.

Buildings Giants is not renewed, and naturally, there is no teaser yet. You can still watch the trailer for season 1 below.