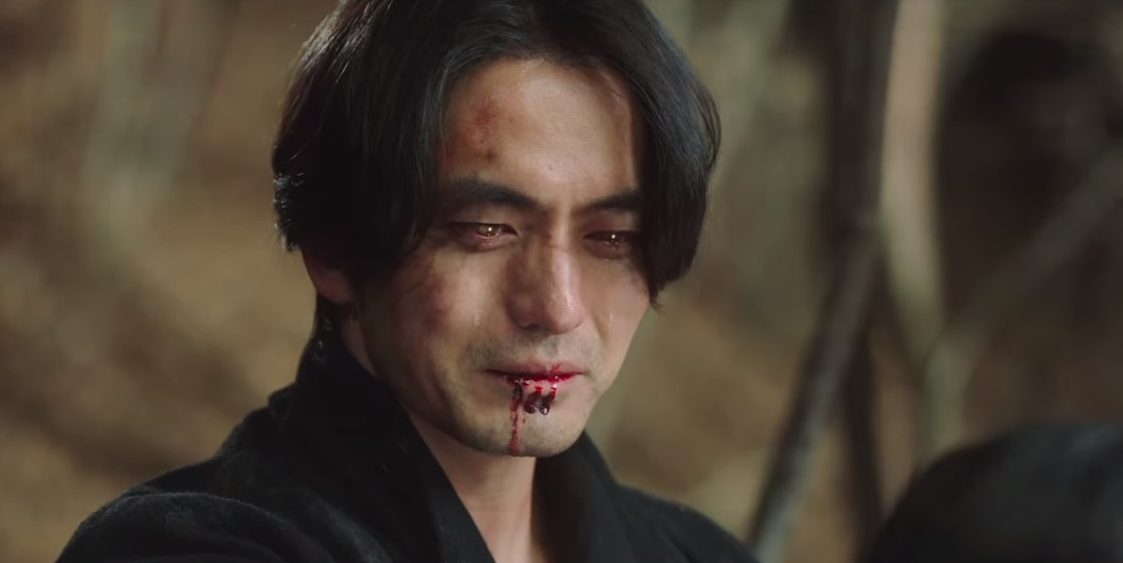 Netflix’s expansive content library features several high-voltage ambitious K-Dramas, and dreamy fantasy romance series ‘Bulgasal: Immortal Souls’ ranks high in the list. Created by Kim Je-Hyeon and Kim Young-Kyu, and based on the traditional notions of karma and cyclical time, the series constructs an intricate myth spanning over a thousand years. After the death of his wife and son, Dan Hwal becomes Bulgasal, hunting down the woman who caused him immortality. In the process, the ignorant hero comes to revisit his past.

Following its premiere in December 2021, the show garnered praise for its creative storytelling, intricate character relations, ambient score, captivating cinematography, and compelling performances by the main cast. While the first season ends with a bang, it also leaves a lingering possibility behind a second season. Is there a follow-up season in the works? Let us investigate further in this matter.

‘Bulgasal: Immortal Souls’ season 1 premiered on December 18, 2021, on Netflix and tvN, with the season finale premiering on February 6, 2022. The first season packs 16 episodes with an average episodic runtime of an hour.

Let us now delve into the possibility of another season. Firstly, the sixteenth episode begins with the words ‘finale’ (alongside its Korean equivalent) appearing on the screen. It puts a dent in the speculation around the follow-up season. Moreover, while the show showed early promises in its country of origin, viewership fell steadily in the subsequent episodes. However, the finale managed to garner an average rating of 5.1%, the highest since its premiere week.

Furthermore, the show has managed to attract a global fan base. If Netflix attempts to bank on it, we may see the progression of Dan Hwal and Min Sang-un’s story. The ending also keeps the viewers rooting for another season. However, considering the unsteady ratings and conclusive ending, it is highly unlikely that ‘Bulgasal: Immortal Souls’ season 2 will ever get made. If, by any chance, some miracle graces us, let us see who can return in the cast ensemble and how the story can progress further.

Bulgasal Immortal Souls Season 2 Cast: Who can be in it?

Thanks to the nature of the show, it relies on a steady core cast ensemble while morphing the story at will. With that being said, all of the central cast members — Lee Jin-Wook (Dan Hwal), Kwon Nara (Min Sang-un/Kim Hwa-Yeon), Lee Joon (Ok Eul-tae), Gong Seung-Yeon (Dan Sol/Min Si-ho), Jung Jin-young (Dan Geuk/Kwon Ho-Yeol), Park Myung-shin (shaman/Hye-suk), and Kim Woo-Seok (Nam Do-Yoon) — will take up defining roles in the possible second season, although the characters may be different.

Bulgasal Immortal Souls Season 2 Plot: What can it be About?

The first season comes to a bloody conclusion when Hwal gets the taste of blood again. He comes to remember his past, and we revisit the myth of thousand years before when Hwal and Sung-un were the earliest Bulgasals. Since the tragic incident, the other characters are bound by Hwal’s curse. In the past, Hwal became human at his death and moved the curse to Ok Eul-tae.

In the present, Hwal drinks Ok Eul-tae dry and performs suicide, sparing the others. Detective Kwon also dies, as does Min Sang un. Si ho and Do Yun return to Hwal’s home. After 50 years, Min Si-ho finds the whereabouts of Min Sang-un, who is a potter and sculptor in that life. After receiving a mysterious photo in her mail, she visits Hwal’s old house. Meanwhile, Hwal’s reincarnation reaches there, attempting to buy the house. Sang-un and Hwal cross paths again, and the cycle continues.

If there is a second season, it would possibly chronicle the subsequent lives of Hwal and Sang-un. We are yet to see whether they get rid of their monstrous origin, and the prospective second season may shed some light on the matter. Similarly, the possible second season may go back further in time and give more context to the myth of Bulgasal.

We have yet to meet Min Si-ho’s child officially, and neither do we know Nam Do-Yun’s wife. Will the potential second season chronicle their future lives as well? We hope it does. Moreover, do Min Sang-un and Dan Hwal end up together in any lives, or is history a repetition of events? Since Hwal breaks the curse and ends the loop, does the fated family meet again in another lifetime? Hopefully, we shall find all the answers in the possible second season.