Bullet Train 2: Will There be a Sequel? 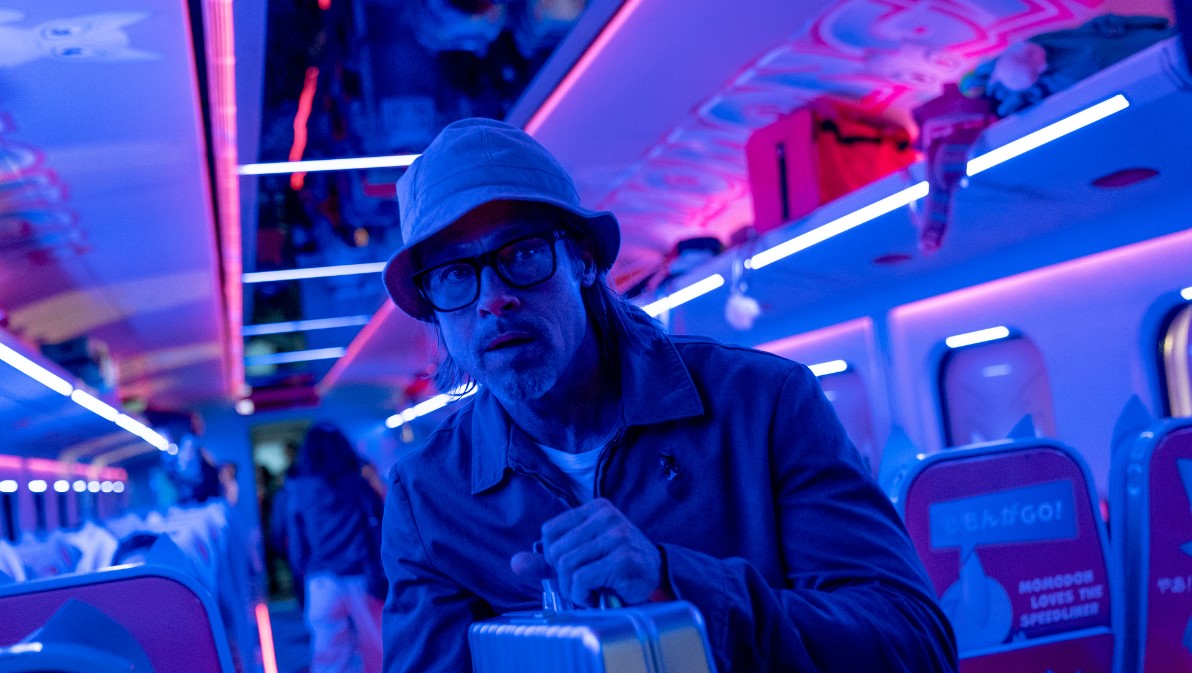 Directed by David Leitch (‘Atomic Blonde’) ‘Bullet Train’ is an action comedy film based on the 2010 novel ‘Maria Beetle’ (renamed ‘Bullet Train’ in its UK and US editions) by Kōtarō Isaka. The story revolves around a self-proclaimed snatch-and-grab guy, codenamed Ladybug, who finds himself on board the titular bullet train with four international assassins and various other individuals with vested interests while trying to retrieve a briefcase from the said train. It doesn’t take long for Ladybug to realize that someone is pulling the strings from the shadows and wants the passengers to kill each other.

Following its release, ‘Bullet Train’ received mixed reviews, with critics praising the performances and action sequences. There was some criticism directed at the pacing and the casting of non-Asian actors. Despite this, the movie was a box-office success, earning $239.3 million against its $85.9–90 million budget. If you are wondering whether there will be a ‘Bullet Train’ 2, we got you covered.

Although no official announcement has been yet made about a potential sequel, Leitch has expressed his interest in expanding the universe. “I do. I see it as a universe,” the director said in an interview with Forbes. “I know that’s the buzzword that everybody uses, and they’re like, ‘We want to build a universe and all the spin-offs,’ but organically, on the page already, you had that. Not everybody’s left at the end of this, but that doesn’t mean we can’t explore different times and places when these fun characters existed. All of us had such a wonderful time making it, with Brian, Joey, Hiro, Andrew, Brad, Zazie, Michael, and everyone I’m missing, and I think we all want to come back. It was a joy to make with such beautiful people, and it is definitely on my bucket list to revisit this ’Bullet Train’ world,”

Leitch was also asked in the same interview whether Ladybug can ever cross paths with the titular character (Bob Odenkirk) from ‘Nobody,’ a film he produced. The ‘Deadpool 2’ director expressed his doubts, pointing out how tonally different the two films are.

Given that ‘Bullet Train’ is a commercially successful film and the director and the actors are all interested in future projects set in the same universe, there is a legitimate chance for a sequel. If the official announcement happens within the next few months, the viewers can expect ‘Bullet Train’ 2 to come out sometime in Q4 2025.

Bullet Train 2 Cast: Who Can Be in It?

While the characters portrayed by King, Taylor-Johnson, Shannon, Beetz, and Martínez Ocasio die in the course of the film, they can reprise their respective roles in a future project if it’s a prequel. Pitt and Bullock are most likely to return regardless of the film’s timeline. They appear to have great chemistry together, and it was barely explored in the first film. Reynolds’ Carver can also appear in the prospective sequel, possibly shedding light on the rivalry with Ladybug.

Bullet Train 2 Plot: What Can It Be about?

In ‘Bullet Train,’ it is revealed that the dreaded Yakuza boss the White Death is the one who orchestrated the entire thing. He gets all the people he blames for his wife’s death on the same bullet train, hoping they will die in each other’s hands. In the climactic scene, the White Death dies when he tries to shoot Ladybug and the gun rigged with explosives blows up. His daughter, The Prince, is run over by a truck carrying tangerines. In the mid-credits scene, it is revealed that Lemon was driving the truck.

If the prospective next film is indeed a sequel, it can be an action romance revolving around Ladybug and Maria. If it’s a prequel, it can focus on how the White Death became the head of the Yakuza. It can also tell the story of one of Lemon and Tangerine’s missions.

Read More: Are the White Death and the Prince Dead in Bullet Train?