Will There be a Burden of Truth Season 4? 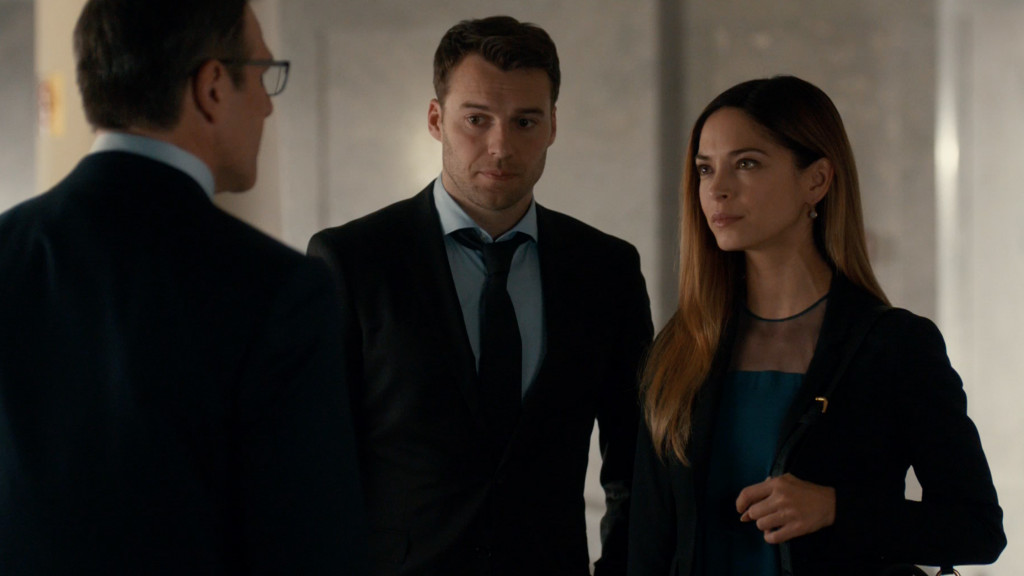 The show is centered around Joanna Hanley, a corporate attorney, who returns to her small hometown in Millwood to represent a large pharmaceutical company in a case against a group of sick girls. However, she soon realizes that these girls are the ones who need her help. This is where the case begins to unfurl and secrets rise to the surface as Joanna is forced to face the truth, not just about the kind of lawyer she is, but also about the kind of person she is.

‘Burden of Truth’ is pretty intriguing in its own way and definitely has all the makings of a fine legal drama, including the high powered attorney who has a change of heart, a small-town setting, a bigger conspiracy at play and some innocent victims who need defending. Naturally, the show has drawn quite a large number of fans and hence, has spanned 3 successful seasons to date. Read on to know everything about ‘Burden of Truth’ season 4.

‘Burden of Truth’ Season 3 premiered on May 21, 2020, on The CW. It consisted of eight episodes and ended its run on July 9, 2020. Just going by the viewership numbers, we can assure you that the drama holds a strong potential of being greenlit for yet another season. Once renewed, ‘Burden of Truth’ Season 4 should release sometime in summer 2021.

Burden of Truth Season 4 Cast: Who Can be in it?

The main cast of the ‘Burden of the Truth’ series includes Kristin Kreuk of ‘Smallville‘ and ‘Beauty & the Beast’ fame as Joanna Hanley — a high profile lawyer who discovers a terrible conspiracy when she returns to her hometown to defend a large pharmaceutical company. By the end of the initial season, she changes her surname to her mother’s maiden name, Chang, as a result of her estranged relationship with her father. Star Slade appears as Luna Spence, Joanna’s assistant.

Peter Mooney is seen as Billy Crawford, a lawyer who represents the sick girls and later helps Joanna uncover the conspiracy at the bottom of the case. Nicola Correia-Damude appears as Diane Evans, an old friend of Joanne’s. Meegwun Fairbrother plays Owen Beckbie and Anwen O’Driscoll stars as Taylor Matheson. Season 4 is expected to see all of the lead cast making their comebacks.

Burden of Truth Season 4 Plot: What Can it be About?

The main story of ‘Burden of Truth’ follows a corporate attorney called Joanna Hanley. She returns to her hometown of Millwood and decides to work for a pharmaceutical company. She works against a group of sick teenage girls who are filing a complaint against the company. She later brings a hydrologist to her hometown to test the soil. She goes to the industrial sites with Billy Narrow without the permission of the mayor. Later, she finds out that the soil and the groundwater are toxic. They also discover barrels of sludge buried in there which has made the soil hazardous and also finds out that Ben Matheson, a local steel mill owner is responsible for the barrels. Her dad steps in to stop her and persuades her that Ben will clean the land. She resigns from her father’s company and files a case against the mill.

Later, the mill owner plans to hire her father’s law company and to destroy her. She takes the help of a neuropsychologist to prove that those teenage girls were poisoned, but the doctor declares that it is just all in their head and falsely states that the girls are suffering from Conversion Disorder. Later, Billy and Joanna expose the doctor who falsely claimed that the girls were suffering from Conversion Disorder. He was using the teenager’s testimony for research purposes for his new book. Joanna gets on the track again to sue people behind the production of toxic waste.

With the help of Billy, Joanna uncovers the toxins are dumped into the farmland near the school. They gather all the proof, but this turns into a tough fight for them. Her father worsens the matter by disqualifying her due to some conflict. Later on, one of the girls gets diagnosed with cancer. She threatens her father to expose him and blackmails by showing him the proof. Eventually, she manages to get justice for those who have been wronged.

The following seasons see her in a top law firm in Winnipeg. However, when a new client draws Joanna into the shadowy world of hackers and activists, and a political movement that is not in the habit of taking prisoners, she soon finds herself as a target of a killer. When her estranged father tries to assist her, things come to a head and lead to an event that changes their lives forever. Season 4 is expected to continue in a similar manner and follow Joanna as she takes on a bunch of new cases.