Will There be a Buried Worlds With Don Wildman Season 2? 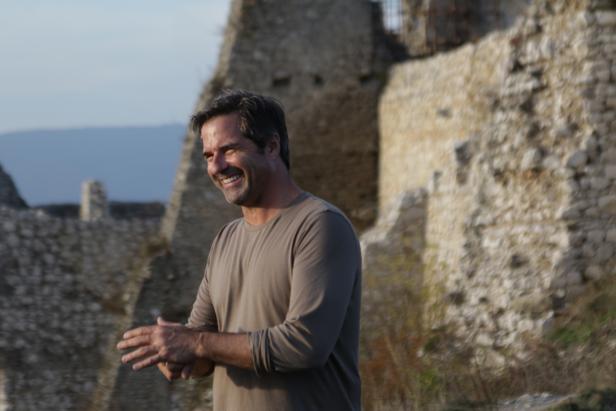 Have you ever wondered that fictional horror movies and shows often take inspiration from folklore, myths, and legends that have spanned generations? But how much of this content is real? Well, Travel Channel’s ‘Buried Worlds with Don Wildman’ attempts to answer just that. It takes us to uncharted territories that have harbored long-concealed secrets about the planet’s darkest mysteries. And because of this interesting concept, season 1 of the show opened to warm reviews. Here’s everything you need to know about its next edition.

‘Buried Worlds with Don Wildman’ season 1 released on June 8, 2020, at 9/8 c on Travel Channel. It consisted of eight hour-long episodes and wrapped up with a two-hour special event finale, which aired on Monday, July 27, 2020, at 8/7 c. In terms of reception, the first season was appreciated by fans, especially by admirers of horror documentaries. Therefore, we are positive that we will receive news of a renewal in the coming months. If renewed, we can expect ‘Buried Worlds with Don Wildman’ season 2 to premiere sometime in June 2021.

Don Wildman has served as a host on Travel Channel for quite a long time. He is best known for appearing in ‘Mysteries at the Museum and Beyond the Unknown’, ‘Weird Travels’, ‘Off Limits’, and ‘Monumental Mysteries.’ Don holds an innate passion for history and is an adventurer at heart. In his shows, he is seen exploring some of the most mysterious legends and lore. Don had previously wanted to become a teacher like his father but eventually, decided to do what he does best — become a reality star. Season 2 will definitely see Wildman making a comeback.

What Can Buried Worlds With Don Wildman Season 2 be About?

In ‘Buried Worlds with Don Wildman’, the titular host uses his inherent thirst for adventure to explore terrifying new territories. He attempts to decipher some of the darkest mysteries that have plagued mankind for ages. In this cryptic quest, Don embarks on a mission to visit the remotest locations of Peru, Haiti, Bulgaria, and others. In each of these places, he takes a trip to the hotspots of paranormal and supernatural phenomena, which include “lingering ghosts, devilish demons, vampires, and witches burned at the stake” — as outlined by Travel Channel.

Across the episodes, we follow Don as he partakes in taboo rituals, tackles paranormal entities, and is a first-hand witness to deadly practices. The host not only aims to expose these enigmatic secrets but also wants to experience them himself. For instance, we see him landing in Virginia woods where he comes face-to-face with demonic spirits. He then reaches Poland and Germany to track down occult objects, hidden by the Nazis. We also follow Don as he reaches the coastal areas of Peru, which is the site for the world’s largest mass human sacrifice. Here, he also meets an ancient tribal god.

In Eastern Europe, Don investigates the haunting stories of vampires that still torment rural Bulgaria. He teams up with a group of vampire hunters and lands in an abandoned village, which is apparently still terrorized by vampires. He then explores their history further in Hungary where he gathers information about the past of vampires and witches. Don contacts a modern witch and communicates with the dead while exploring the lore of Count Dracula.

In Travel’s press release, Don said: “Buried Worlds is a quest that flips the switch on the paranormal and the supernatural, and sheds new light on the dark origin of legends and myths.” Season 2 is expected to follow Wildman as he investigates more legends and myths first-hand, uncovers their sources, and visits additional surprising places.