Will There be a Burn Notice Season 8 or is it Cancelled? 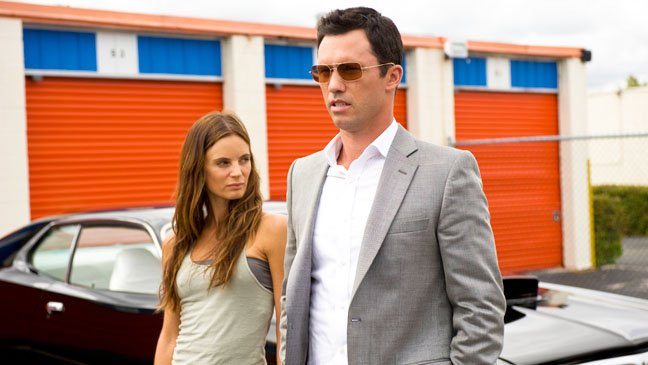 ‘Burn Notice’ is a spy drama tv series that is created by Matt Nix. It premiered on USA Network on June 28, 2007. It is about burn notices issued to agents who are considered to have become undependable. Subsequently, the concerned employee is either dismissed or disgraced by the intelligence agency. Thereby, the concerned agents no more have connections to the organization and lose all access to money, power, and influence.

The story begins by introducing us to Michael Westen, a burned agent and a former US Army Ranger, who is considered dangerous, without any employment records, cash, or identity. He lands in his hometown Miami after being kidnapped and tortured while conducting a covert mission in Nigeria. Here, Westen meets his former lover, Fiona Glenanne. However, with all his assets frozen and him being demanded to stay within Florida, he cannot leave the state since otherwise, someone powerful would hunt him down.

Westen now resolves to discover who blacklisted him and why. Additionally, he is forced to take up the job of a private investigator to fund his expenses. He partners with this old buddy Sam Axe and Fiona, and together, the trio tackles multiple miscreants in the vicinity — ranging from mobsters to gangsters, con artists, murderers, rapists, kidnappers, and drug, sex, and arms traffickers.

‘Burn Notice’ wrapped up with its seventh season in 2013. But will there be a Burn Notice Season 8? Read on.

‘Burn Notice’ Season 7 premiered on USA Network on June 6, 2013.  After airing 13 episodes, it wrapped up on September 12, 2013. However, after seven spectacular seasons, the creators announced that ‘Burn Notice’ has been canceled. It is not making a comeback to the channel. As per Chris McCumber, USA Network co-president, “Burn Notice has had an incredible run over the last six years, and we could not be more proud of the extraordinary talent both in front of and behind the cameras who have collectively made this show into one of the most popular and lauded shows on TV today.”

The series finale ended on a satisfying note, with the show wrapping up all its storylines. Throughout its run, the scripted series garnered a massive response from audiences in 18-49 and 25-54 demographics and in total viewers.

Now, the story might have ended, and Burn Notice Season 8 officially stands cancelled, but the network is open to considering more ‘Burn Notice’ in the future but in different formats. So, let’s see. We shall update this section if we do learn about the series being remade.

Burn Notice Cast: Who Is In It?

Jeffrey Donovan stars as the protagonist, Michael Westen, a talented, skilled, and clever burned spy agent, attempting to make a living as a private investigator while trying to figure out the persons responsible behind getting him blacklisted from his organization. Westen is an expert in tricks such as improvising electronic devices or using ordinary objects as devices to complete his tasks. He holds two black belts, is a karate expert and is fluent in multiple languages. However, Westen has a traumatic past with an abusive dad, which makes it challenging for him to get involved in emotional entanglements.

Gabrielle Anwar plays Fiona Glenanne, a former IRA agent and Westen’s ex-girlfriend. Fiona immediately jumps in to help Westen after he lands in Miami. She is a firearms and explosives expert, helping Westen in his missions and supporting him while he tries to figure out who burned him. According to Matt Nix, “The thing about the relationship with Fiona is…They are two people who really don’t have anybody else they can be with. Anybody else is going to be afraid of what Michael does, and it sort of turns her on, and anybody else for Michael is going to be uninteresting. He is attracted to her, but part of what we explore over the first season is they really are attracted to each other, and yet there is a reason they broke up. She is an incredibly chaotic person who just thrives on disorder… Violence is foreplay for her. ”

Bruce Campbell stars as Sam Axe, a senior spy agent on the verge of retirement. Sam lacks money and hence, ends up sleeping with older women to earn some extra cash. He is Westen’s old friend and helps the latter with contacts from the agency. Coby Bell joins the lead cast as Jesse Porter, a counterintelligence expert, also a burned agent who later joins Westen’s crew.

You can watch the official trailer for ‘Burn Notice’ Season 7 below. You can also head to USA Network if you wish to catch up on all the previous episodes from the series.