Created by Ramon Campos, Gema R. Neira and Teresa Fernández-Valdés, ‘Cable Girls’ is set in the early 1920s and follows the story of a group of women who work as cable girls. The show takes into account the historical and political situation of the country over the course of the decade and weaves it into the lives of the protagonists. Produced by Netflix and Bambú Producciones, it is the first original series from Netflix’s slate of Spanish-language dramas.

The story of ‘Cable Girls’ begins in 1920s Madrid when a young woman named Alba gets a job at the telephone exchange company. She is wrongfully accused of murder, and in order to clear her name, she has to help a corrupt police officer in pulling off an elaborate heist. Over the course of the next four seasons, we see the friendship strengthen between the women as they face one challenge after another in their personal and professional lives. Let’s see what the fifth season brings for these beloved characters.

Cable Girls Season 5 Release Date: When will it premiere?

‘Cable Girls’ Season 5 is set to release on February 14, 2020 at 12:01 am PT on Netflix. The show has received critical acclaim and is one of the best Spanish-language shows offered by Netflix. Saying goodbye to the characters wouldn’t be an easy task, but it was confirmed by Netflix that this indeed would be the final season. To make it easier for the fans to bid goodbye to the series, the fifth season has been divided into two parts.

As of now, Netflix has not confirmed when the second part would be released, but we expect it will be sometime later in 2020. A similar strategy has been adopted for shows like ‘The Chilling Adventures of Sabrina’, where each season is divided into two parts, with only a few months’ time interval between them. 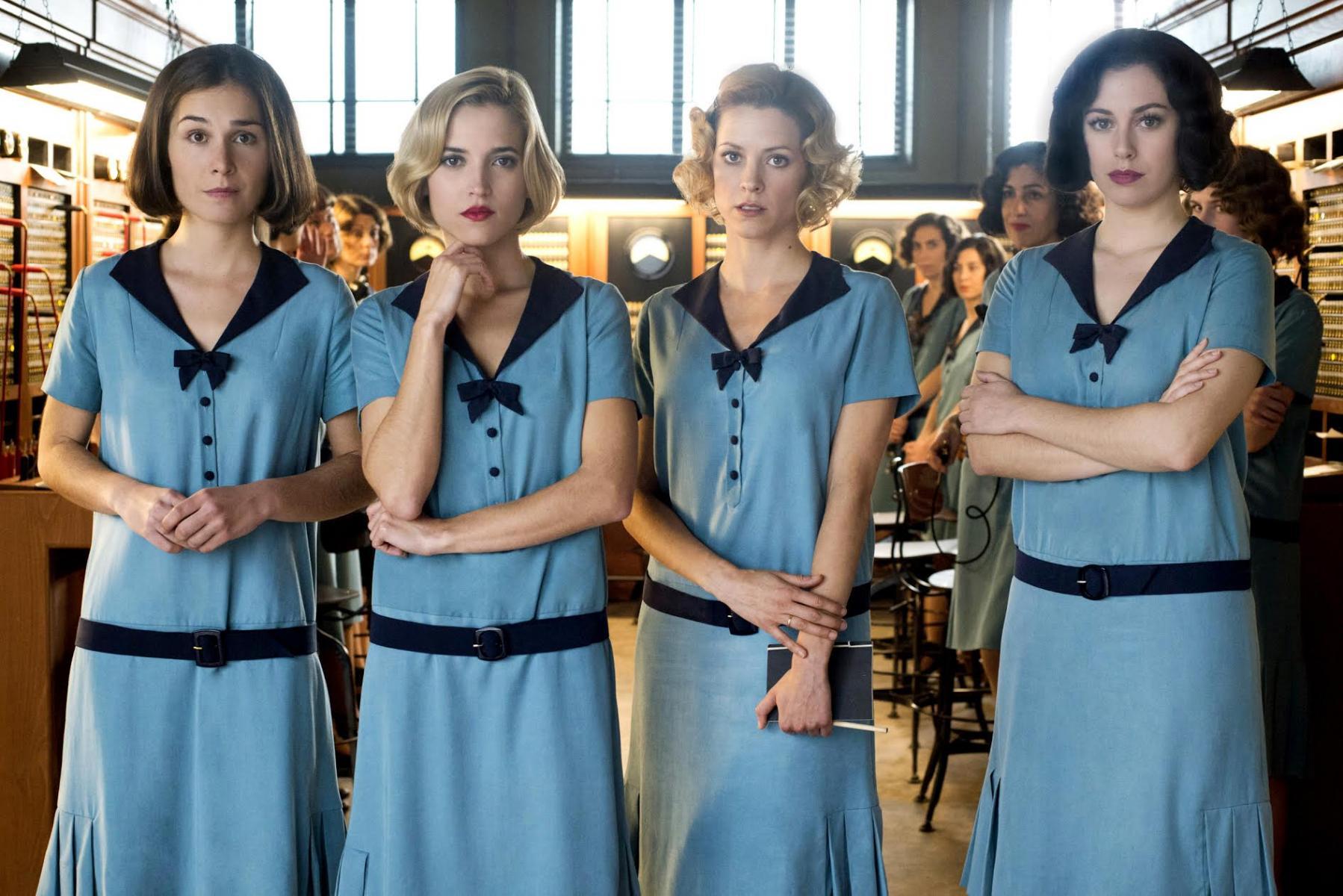 ‘Cable Girls’ stars Maggie Civantos as Angeles Vidal, Nadia de Santiago as Maria Inmaculada, Ana María Polvorosa as Oscar Ruiz, Ana Fernández García as Carlota Rodriguez de Senillosa, and Blanca Suárez as Lidia Aguilar Davila. All the lead actresses are expected to reprise their roles in the fifth season, except Civantos whose character died at the end of the fourth season.

Additional cast includes Martino Rivas, Concha Velasco, Yon Gonzalez, Angela Cremonte, Borja Luna, and other regular cast members are also expected to return for the final season. Because there is a time jump as well as a different plot this time around, some new faces are also expected to join the cast.

Starting from the 1920s, the protagonists go through a lot of good and bad times while working at the telephone exchange company. In the fourth season, we break into the 30s and while the country goes through a crisis of its own, the cable girls have to face off with the worst time of their lives.

In the previous season, one of them is accused of the murder of a politician, another takes the fall of her, and then the rest try to get her out of prison. By the end of it, one of them (Angeles) meets a tragic death. This loss breaks the group and they all disperse to different parts of the world, in order to find a better life for themselves. Carlota and Oscar flee Madrid, while Lidia sails away to America with Francisco.

The fifth season picks up during the Spanish Civil War (1936-1939). The Spain that they had left is gone now. It is rife with a war that threatens to tear the country apart. The cable girls return to a place that is completely alien to them now, but they have no other choice but to find a way through it. The reason that brings them together is Angeles’ daughter, Sofia.

Here is the trailer of Part I of the fifth season of ‘Cable Girls’: