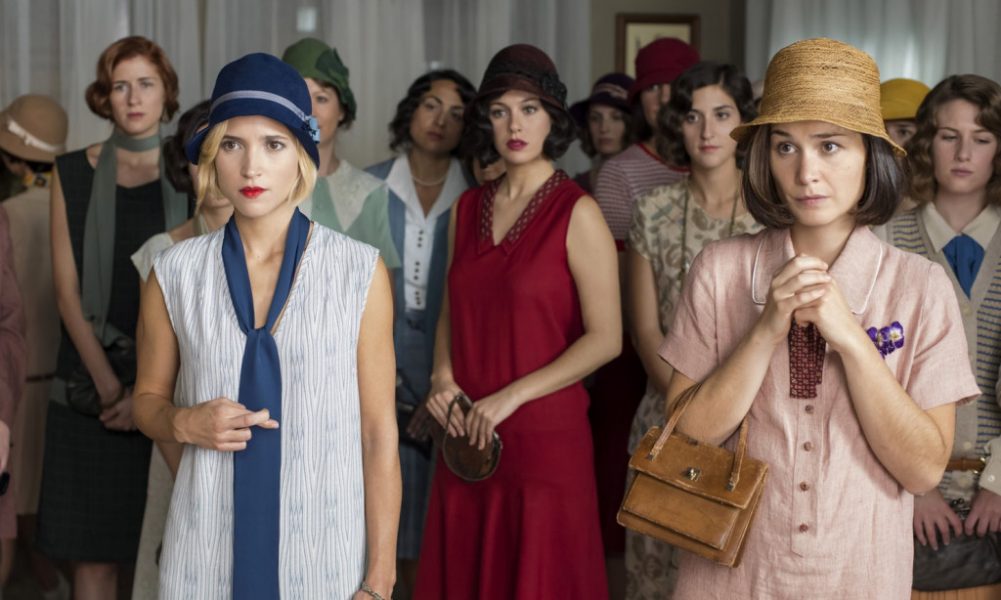 ‘Cable Girls’ (or, ‘La chicas del cable’) is a recent Spanish Netflix Original show that has made quite an impression. Created by Ramón Campos and Gema R. Neira, the show is a period drama set in early 20th century Madrid, and follows a group of young women who join a cable company as they look to embrace modernity and emancipate themselves from repressive patriarchal control.

Directed by Carlos Sedes and David Pinillos, Season 1 of the show first made its way to viewers’ screens on April 28, 2017. Later that year, on December 25, 2017, the show returned with Season 2. Subsequently, it was renewed twice again for season 3 and season 4. It is best to watch the show in its original language – Spanish – but Netflix also has an English dub for those who want to watch it in English. After four successful seasons, will Cable Girls return for season 5? Here’s everything we know about the upcoming season.

Cable Girls Cast: Who’s in it?

The show primarily revolves around a group of girls who join the national cable company in Madrid. Blanca Suárez plays the role of Lidia Aguilar, one of the main protagonists. She is joined by Nadia de Santiago, Ana Fernández, and Maggie Civantos, who play the roles of the other girls in the group, Marga Suárez, Carlota Rodriguez de Senillosa, and Ángeles Vidal, respectively.

The aforementioned cast members play the main and the recurring characters in the show, and all of them are expected to make a comeback and reprise their roles if and when season 5 happens.

Cable Girls Plot: What is it about?

The show is set in 1920s Madrid, and it begins in 1928 when the national cable company opens its headquarters in the city center and announces that it has vacancies. The cable company, the only symbol of modernity and progress for women at the time, attracts hundreds of young women who queue up to get a job as a “cable girl”. Among those selected for the job are four young women – Lidia, Marga, Carlota, and Ángeles. The show follows this group of four as they start working as cable operators.

However, not everything is as it seems. As the show progresses, we learn that Lidia, in fact, had been wrongly accused of a murder, and had been let off by a corrupt police officer on the condition that she help him pull off a heist at the cable company to bring down the family that controls it. After Lidia joins the cable company to do her part and clear her name, she meets the other three girls. What follows is a story wrought with ambition, desire, jealousy, and betrayal, as the four girls strive to find success, friendship, and love.

With each season, the plot of the show gets more complex, and tensions surrounding the heist start to escalate. Things get even more complicated by the web of romantic and platonic relationships the girls form with characters in the show, and viewers often have to confront cliffhangers and shocking plot twists. Those who have seen the show will know that season 4 ends with Lydia making a heartbreaking decision to protect Eva.

If season 5 is commissioned, there’ so much different directions that the show can take. First of all, it would like to give a satisfactory conclusion to many of the characters like Carmen, Carlota and Oscar. And what about Lydia? Audiences would definitely like to know her fate in the end.

Cable Girls Season 5 Release Date: When will it premiere?

‘Cable Girls’ season 4 premiered on August 9, 2019.  As far as next season goes, we are sure that Netflix must have been encouraged by the response that the show has received over its four seasons. So, it is quite likely that the network will renew the show for a fifth season. The only issue is that Netflix doesn’t usually like to continue a show for more than 3-4 seasons. So, we will have to wait for an official announcement. As soon as we get to know about ‘Cable Girls’ season 5, we will update this section as we hear more.

Is Cable Girls Worth Watching?

Definitely! This intense drama is made all the more believable and enjoyable by the strong performances by the cast members, and two highlights of the show include the sisterhood between Lidia and her three friends, and the brotherhood between Francisco and Carlo. ‘Cable Girls’ is also brought to life by its brilliant costume design, which lends it an air of authenticity and transports viewers back to 1920s Madrid – from bob haircuts and drop-waist dresses to sleek suits for men and cloche hats, ‘Cable Girls’ recreates 1920s Madrid in outstanding fashion. This recreation of 1920s Madrid, however, is slightly marred by the show’s use of modern music. That being said, it still is a splendid representation of the times.

In terms of themes, the show also does a great job at giving viewers a glimpse into the lives of women in suffragette times. Throughout the show, we encounter female characters who are often forced into jobs, marriages, and unpleasant situations. Several such characters also try to fight the unpleasant reality of their times by seeking to empower themselves through sexual liberation, unconventional means, and even criminal pursuits. The result is that the show, to a laudable extent, manages to capture how the suffragette period affected women, and these social and political angles add yet another dimension to the already intense drama without diluting its “soapier” elements that viewers love.

Understandably, the show has managed to create an impression among its viewers, and it enjoys a laudable overall rating of 7.8/10 on IMDb.

While we wait for an update on season 5, check out the season 4 trailer below.