Cake Season 4: Everything We Know 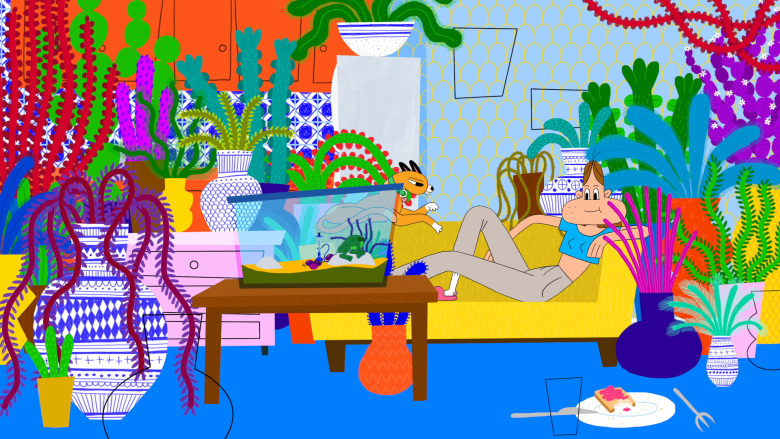 Tiny slices, packed with a gamut of flavors! ‘Cake’ is FXX’s anthology series that brings forth bite-sized animated + live-action shorts, culminating into enjoyable half-hour episodes. The hybrid format and short viewing times make ‘Cake’ an ideal watch for contemporary viewers with small attention spans. Each episode explores so many different themes (or even color palettes) that the regular audience is not silo’ed into a particular headspace. And this is the essence of ‘Cake’, the weird dark-comedy that has spawned three successful seasons to date. So, do you wish to know more about its near future? Let us dive right in!

‘Cake’ season 3 premiered on July 9, 2020, on FXX. It ended with its 10th episode on September 3, 2020. The series reminds you of old-school Adult Swim, which comprised random, trippy, and weird stuff. Since FXX caters to the demo, consisting of men aged 18-30 years, ‘Cake’ fits in perfectly on the channel. The series is not meant for everyone and hence, has developed a relatively small but dedicated fanbase. Therefore, to cater to this particular audience segment, FXX can go on, with multiple seasons from the show.

Moreover, FX Networks Chairman, John Landgraf, had made it clear at the beginning itself that he had planned ‘Cake’ to span numerous iterations. The short renewal time spans between the seasons is proof enough! And, noting the positive response from targeted fans, we are highly optimistic of a fourth edition. If FXX greenlights the new season soon, we expect ‘Cake’ season 4 to release sometime in early 2021.

Cake Season 4 Cast: Who Can be in it?

Considering its format, ‘Cake’ does not have a fixed cast. Some of the recurring stars in the episodes are Alex Anfanger, Ditch Davey, Deb Filler, Hayley Magnus, and Rhys Mitchell as the members of the Shark Lords. We also have Mamoudou Athie as Jerome, Meredith Thomas Meredith as herself, Avital Ash as Marie, Samantha Jayne, and Nick Hudson Murdoch as Kevin, among others. There are frequent guest appearances in episodes as well. Season 4 will stick to the same format while marking the return of some of the aforementioned recurring actors and a fresh batch of new guest stars.

Cake Season 4 Plot: What Can it be About?

Each episode of ‘Cake’ is a cocktail of several shorts, which are again a combination of live-action and animated clips. FXX describes the series as a “handcrafted collection of bite-sized shorts” and “a diverse array of narratives from storytellers both new and established…that are equal parts thought-provoking, laugh-inducing, artistic, authentic and raw.”  Each episode also comprises a season-length ‘anchor’ miniseries, consisting of numerous additional shorts filling out the remaining time. In fact, it is very difficult to describe ‘Cake’ in words — you need to watch it to understand its weird concept! Season 4 will follow the same bizarre format while delivering bite-sized content that is sure to tease and torture your brain cells!