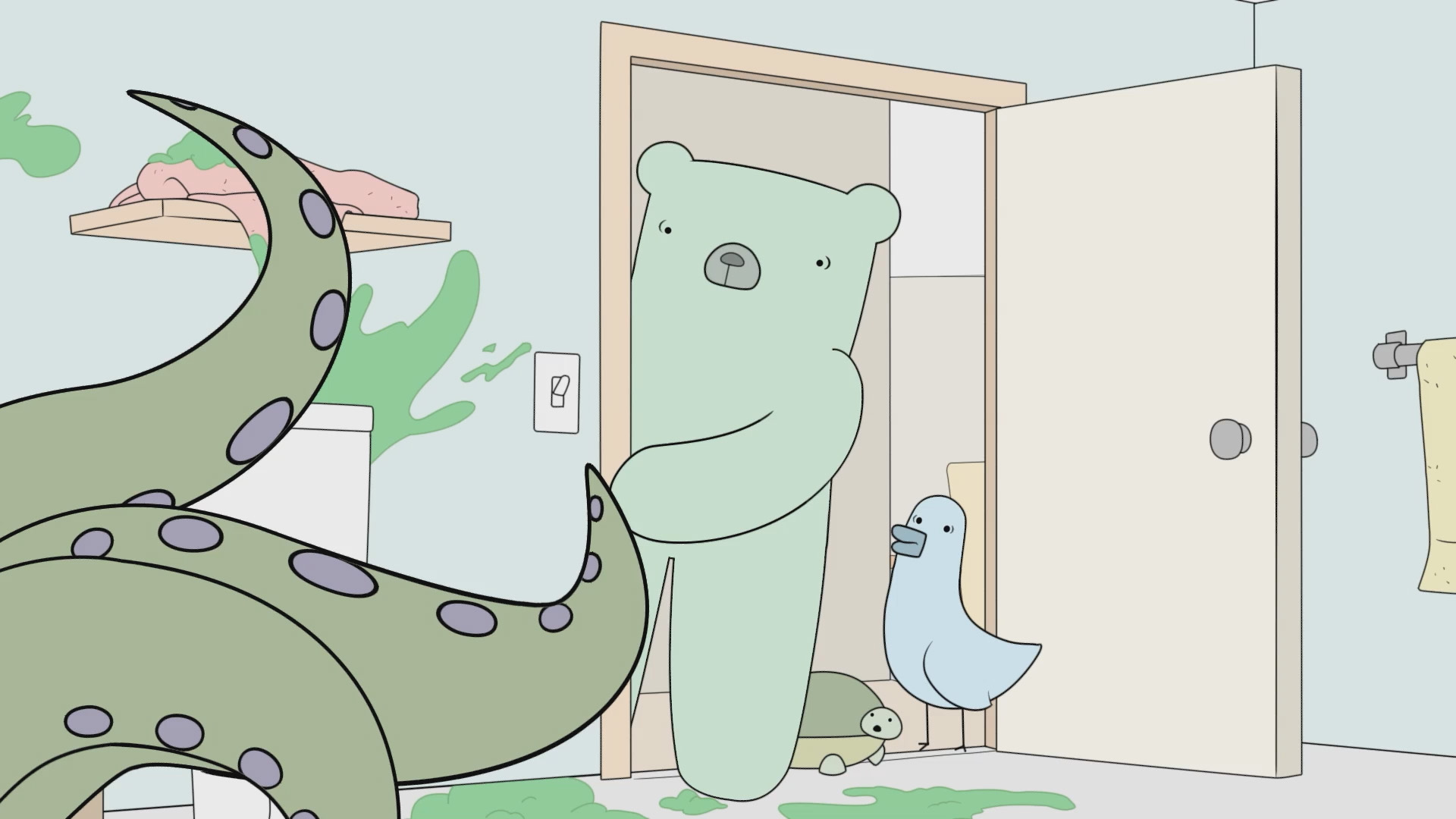 FXX’s ‘Cake’ is an anthology series that combines live-action and animation, comprising specially curated bite-sized comedy shorts. The adult animated series explores and expands the genre of comedy with segments of varying lengths from new and established content creators, animators, and storytellers. The storylines fall on the spectrum of outright hilarity and dark humor.

Over the course of five seasons, the comedy show has become one of the prominent platforms for quality short-form content. The series was also very well received by the critics, who praised its revolutionized structure and the innovation it puts forth. The series originally released on September 25, 2019. And now fans must be looking forward to seeing another round of the anthology show. Well, here’s everything we know about ‘Cake’ season 6!

‘Cake’ season 5 premiered on September 30, 2021, on FXX, concluding its run on December 9, 2021. The fifth season comprises ten episodes with a runtime of approximately 22 minutes each.

As far as season 6 is concerned, there is currently no news. However, the show has seen immense success in its five-season run, owing to the diverse narratives and subject matter. Therefore, a new iteration is indeed quite possible. Since the show relies on an anthological structure, the creative heads cannot possibly run out of material. Moreover, the abundance of incredible short materials on new-age platforms like Instagram and Vimeo also strengthens the possibility of a sixth season.

The creative heads at FX Networks have been quite vocal about the significance of this series, especially in the digital era of experimental content. Thus, we believe that a new season will be in the works without much delay. If the series gets renewed soon, we can expect ‘Cake’ season 6 to release sometime in Q2 2022 or later.

Cake Season 6 Cast: Who can be in it?

The cast of the fifth season comprises an impressive lineup of artists. Ikechukwu Ufomadu appears as himself in ‘Words with Ike.’ Katy Fullan, Carrie Barrett, and James O’Halloran star in ‘Chowder.’ Tony Revolori (Ernesto), D’Arcy Carden (Tanya), and Ron Funches (Kevin) lend their voices to their respective characters in ‘Poorly Drawn Lines.’ Branson Reese lends his voice to the titular character in ‘Swan Boy.’ Gary Richardson (James) and Ana Fabrega (Bit) appear in ‘The Dream.’ Similarly, if renewed, season 6 may feature an entirely new batch of artists for live-action and animated segments.

Cake Season 6 Plot: What can it be About?

The fifth season consists of multiple thought-provoking comedy programs. Reza Farazmand’s ‘Poorly Drawn Lines’ centers around the misadventures of three best friends in a surreal world as they encounter the nuances of early adulthood. Branson Reese’s ‘Swan Boy’ follows an anthropomorphic swan in his twenties whose medium intelligence paves the way for his misfortunes. The setting of this particular storyline ranges from real life to the allegorical world, as it explores the innocence and absurdity of the titular character. ‘The Dream’ follows Bit and James, who move into their first house together. But they soon realize the gravity of the situation as they are faced with several challenges.

If renewed, we can expect a new set of animated and live-action shorts in the show. Like the five seasons that preceded, the potential season 6 may introduce comedy programs that challenge genre expectations and take them notches higher. The show’s content proves that the makers give importance to original and unheard voices. Therefore, we can expect a bunch of exciting programs to form the potential season 6.