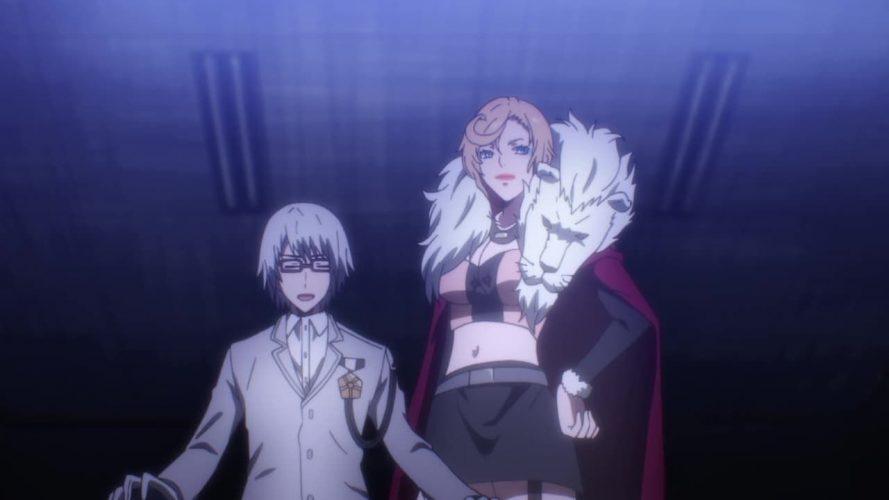 Caligula (also known as Karigyura in Japanese) is a science fiction anime television series which is based on a role-playing game (RPG) called The Caligula Effect. Developed by Aquria, the game was released for the PlayStation Vita platform in Japan in June 2016, and in North America and Europe in May 2017. The game proved to be quite a hit, so much so that a remake of the game, titled The Caligula Effect: Overdose, was released for the PlayStation 4 platform in Japan in May 2018 and worldwide in March 2019. Thus, it did not come as a surprise when famed Japanese animation studio Satelight announced plans to adapt the game into an anime television series.

Season 1 of Caligula premiered on April 8, 2018, nearly a couple of years after the release of the original game. While it was not a very highly rated show, it still managed to impress fans of the game and some new viewers, and since then, fans have been waiting to hear news on a second season. Here’s everything we know about the prospects of Season 2 thus far.

Caligula Season 2 Release Date: When will it premiere?

Caligula season 1, consisting of 12 episodes, premiered on April 8, 2018 and ran till June 24 of the same year. In the time that has passed since then, a second season has not been announced.

That being said, there’s no reason to get worried if you’re looking forward to a second season of Caligula. There’s still plenty of time left for Satelight to announce a second season. However, since Caligula is not based on a manga or light novel series like most anime shows are, it’s difficult to predict whether Satelight will renew the show for another season. Of course, there are ways to take the plot forward and create content for a new season, but only time will tell what fate awaits the show. We’re keeping our ears open for news on Caligula season 2 release date and we’ll update this section as soon as we hear something reliable.

In spite of the show’s popularity in Japan and the popularity of the video game franchise both in Japan and abroad, an English dub has not been licensed yet. Hence, if you want to watch the show, you’ll have to watch the original Japanese version. You can find it with English subtitles on Crunchyroll.

Caligula has an interesting plot and follows a high school student named Ritsu Shikishima. A fan of psychology, Ritsu seems to have a perfect life and spends his days pondering on philosophical questions and having fun with his friends. However, Ritsu’s perfect world comes crashing down when he hears a voice over static calling for help. The voice belongs to a pop idol named μ and before Ritsu can figure out what is going on, the voice transforms Ritsu’s family and friends into Digiheads – berserk monsters who are only driven by the desire to destroy everyone who figures out the reality of their existence in this bizarre world.

After the initial shock of the entire series of events, Ritsu realizes that he is trapped in a virtual world called Mobius created by μ. Having had this realization, Ritsu finds his wits again and starts to gather everyone else who has managed to realize this truth about their existence. Subsequently, Ritsu and the other survivors band together and using newfound powers and weapons granted by their emotions – known as The Catharsis Effect – they set out to escape from the virtual world. However, this proves to be far from easy and Ritsu and his band of survivors must fight off a mysterious group called The Ostinato Musicians before they can escape.

Ritsu Shikishima: The main protagonist of the show, Ritsu is a second year student at the  Kishimai High School, and entered Mobius to escape the harshness of reality. However, after realizing that Mobius is not the real world, he joins another man named Shogo Satake and others and tries to escape Mobius. Like most denizens of Mobius, Ritsu entered the virtual world because he felt like there was nothing left for him in the real world. However, after realizing the truth about Mobius, he becomes a member of the Go-Home Club and longs to return to reality. A defining trait of Ritsu is the fact that despite having escaped reality once, he is willing to return to it and face its harshness.

μ: The main antagonist of the show, μ (pronounced Mu) is a vocal synthesizer software and is responsible for the creation of Mobius. Although μ started off as a simple software for making songs, she gained consciousness over time and ended up creating Mobius with another software called Aria. In spite of being a software, μ appears to be a young woman with white hair. While she is the main antagonist of the show, she doesn’t display any of the traits one would associate with an antagonist. Cheerful, kind, and upbeat, μ only wish is to ensure that everyone in Mobius is content and happy. In fact, she is so concerned about everyone’s happiness in Mobius that she gets very disheartened when people get dissatisfied with Mobius. Later in the show, in a major twist, it is revealed that μ was designed by none other than the protagonist, Ritsu.

Shogo Satake: The final main character in the show, Shogo is a denizen of Mobius. A third year student at the Kishimai High School, Shogo is President of the Go-Home Club and leads people who try to escape Mobius and return to reality.