Call Me Kat: All The Details You Need to Know 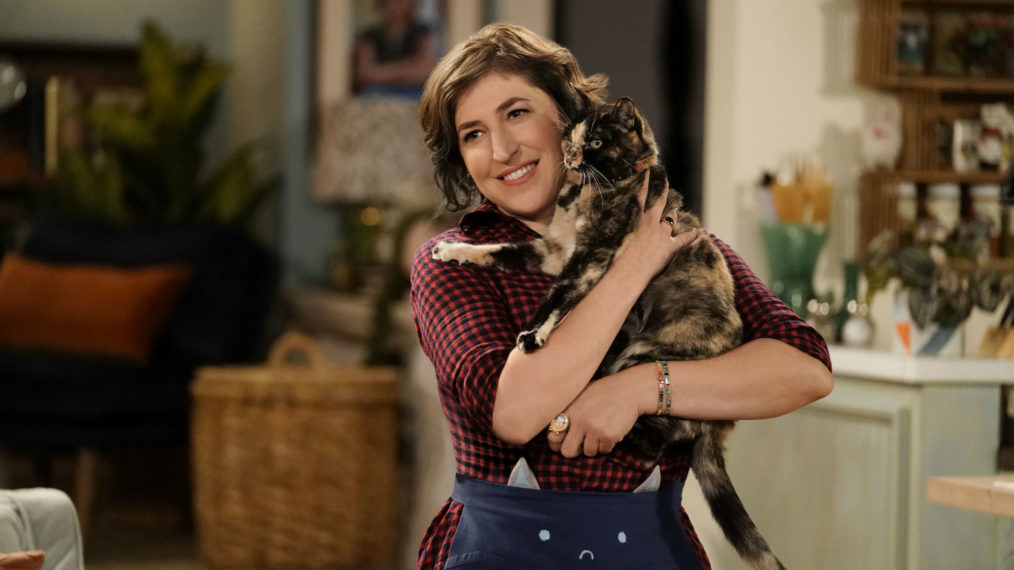 Written by Darlene Hunt, ‘Call Me Kat’ is a comedy television series, adapted from the British sitcom ‘Miranda’ by Miranda Hart. The story revolves around Kat, who owns a cat cafe in Louisville, Kentucky. All this while, she has been unsuccessfully trying to convince her parents that when one has everything, it is not necessary that s/he is happy. Therefore, to follow her true calling, she leaves her job as a professor and opens a cat cafe. With a ‘fur’-fest premise, ‘Call Me Kat’ boasts a stellar cast and some splendid performances. Want to dive further into its details? Well, as usual, we have you covered.

Call Me Kat Season 1 Release Date: When Does it Premiere?

Call Me Kat Cast: Who is in it?

Mayim Bialik stars as the lead character Kat. She is best known for her portrayal of Amy Farrah Fowler in ‘The Big Bang Theory.’ The recipient of two Critics Choice Awards, four Emmy Award nominations, and a SAG Award nomination has hosted ‘Celebrity Show-Off’. Her other acting credits include playing the role of Carol Bloom in ‘Beaches’ and Blossom Russo in ‘Blossom’. Mayim is joined by Swoosie Kurtz as Sheila, Kyla Pratt as Randi, Cheyenne Jackson as Max, Leslie Jordan as Phil, and Julian Gant as Carter.

At Fox’s winter TCA presentation on December 2, 2020, Mayim explained how she feels about her journey from ‘The Big Bang Theory’ to ‘Call Me Kat’: “Big Bang Theory was a finely oiled machine when I got there, which was fantastic because there was less pressure on me. They all already knew what they were doing. Now [on Call Me Kat] we get to build from the ground up… I’ve never had a job like this.”

Call Me Kat Plot: What is it About?

‘Call Me Kat’ is based on the popular British sitcom, ‘Miranda’. It revolves around a 39-year-old single woman named Kat, who is tired of explaining to her parents that she can still live a happy and fulfilling life despite not having a partner. As a result, she uses up all the savings kept aside for her marriage by her parents and opens a cat café in Louisville, Kentucky. Everyone had expected Kat to be married and have kids by now, but she is totally fine with her current situation.

Kat’s mom, Sheila, believes that Kat’s singlehood is a result of her own personal failures. However, Kat is determined not to bend to societal norms. She wants to be happy on her own terms. Working with Kat in the cafe are Randi (a confident millennial and a self-proclaimed “non” cat person) and Phil (who has just come out from a long-term relationship). Although Kat is satisfied, her plans may get shattered when she meets her former crush and good friend, Max, who takes up a job as a bartender in the cafe just across the street and works with his partner named Carter.