When Will Call The Midwife Season 10 Release? 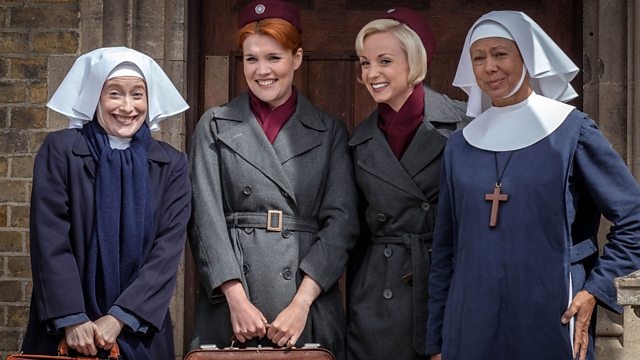 BBC’s beloved period drama ‘Call The Midwife’ is among the long-running shows of the network. The series is set in the 1960s and centers on the story of midwives residing in East London. It has garnered a positive response from fans and critics alike, especially for phenomenal acting performances in the lead roles by Jessica Raine, Helen George, Jenny Agutter, Laura Main, Judy Parfitt, and Miranda Hart. ‘Call The Midwife’ is inspired by the memoirs of Jennifer Worth. After a particularly dramatic season 9 of the uplifting British drama, fans are already starting to speculate what the future would look like for Poplar’s busiest midwives. Here’s everything we know about ‘Call The Midwife’ Season 10.

‘Call The Midwife’ season 9 released on January 5, 2020, and ended on February 23, 2020, on BBC One. There hasn’t been an official premiere date concerning when ‘Call The Midwife’ season 10 will make its way to our screens. However, it has been confirmed that, along the same lines of its previous installments, season 10 will consist of 8 hour-long episodes and a Christmas special.

A spokesperson for the show has corroborated that the Christmas special will air in 2020 as planned, with the series following on in 2021. The 90-minute installment includes the usual dose of festivities and will likely drop on Christmas day. However, taking production shut down into account, it remains unclear how long the gap between the holiday special and the main series will be.

The Masked Pretenders! #CallTheMidwife cast send their festive greetings from the set of the Christmas Special! ♥️ https://t.co/7tyTrYznUM pic.twitter.com/16gkpav8np

Upon renewal, ‘Call The Midwife,’ which is filmed at Longcross Studios, was all set to begin filming season 10 in the spring, but akin to several other major scripted content, the pandemic derailed the course of its production as well. In August 2020, BBC announced that production on the period drama has finally commenced. Acclimating to the new norm, the production team has developed comprehensive protocols to get the show on the road again. A designated health supervisor has been hired to oversee safety procedures and social distancing while filming.

The filming of season 9 began in the spring of 2019, and the show debuted in January 2020, indicating that the turnaround time on each season takes a little under a year. Keeping that in mind, ‘Call The Midwife’ season 10 is expected to premiere sometime in the summer or fall of 2021 on BBC One and PBS.

Call The Midwife Season 10 Cast: Who is in it?

Additionally, it’s expected that season 10 might feature guest stars joining the cast each episode, too, as people come and go through the doors of Nonnatus House every season. Sadly, Jennifer Kirby, who plays Nurse Valerie took to her Instagram to inform that her character doesn’t return for season 10.

Call The Midwife Season 10 Plot: What can it be About?

While most of the news surrounding the tenth season’s plot has been kept under wraps, the showrunner Heidi Thomas has revealed the location of the Christmas episode. Last year’s festive special was set in the remote Outer Hebrides, and previous specials have been located in South Africa and West Sussex. However, this year’s special is going to be a tad different.

In an official statement, the show revealed some details about the Christmas special. “It is December 1965 (on Christmas special’s setting). Everyone at Nonnatus House is looking forward to traditional celebrations with all the trimmings, but nothing goes quite to plan. Sister Monica Joan is rushed to the hospital, and Trixie is incensed to receive a subscription to a Marriage Bureau as a Christmas gift. Meanwhile, a surprise reunion for Shelagh involves her in a deeply moving birth, and the Circus arrives in Poplar, bringing new friendships, new experiences, and an exciting adventure for Nurse Crane…. !”