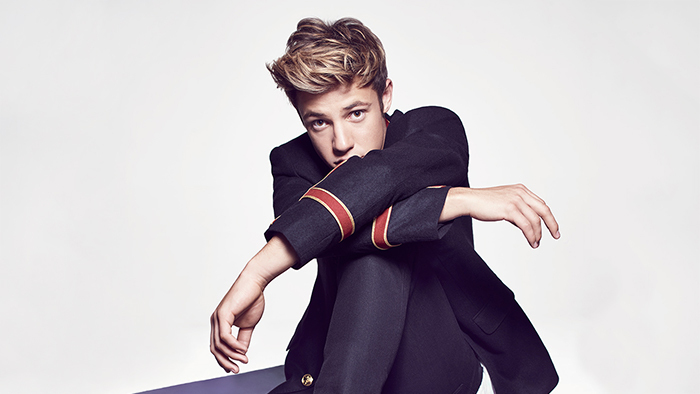 How much is Cameron Dallas worth? $4.5 million

How did Cameron Dallas earn his money and wealth?

Cameron Alexander Dallas has transformed into the celebutante Cameron Dallas with his career in TV, runway and stage shows. The American model, actor, YouTuber, singer and internet personality is a person of note in the fashion division with an estimated net worth of $4.5 million. Cameron came into sight internationally posting prank videos that led to an accumulation of 8 million followers on the Vine app. Given that, Cameron is primarily an internet celebrity, a larger part of his income is pooled from internet activities, sponsored content posting and social media advertising, and of course a continually increasing fan base that provided the young talent to significantly leverage in the entertainment world.

Moving on to YouTube where he participates in competitive videos, gaming videos, and other amusing content, as of 2017, his channel is subscribed by more than 5.5 million subscribers and as an outcome stockpiled over 270 million views till date, which indicates that on an average he gets 260,000 views per day from various sources. This should yield a revenue of roughly $146,000 a year, which comes out to be $400 per day from the ads that stream on the videos. Today, On Instagram, Cameron enjoys over 18 million followers, which is a huge fan base. His income from internet is significant and he was able to exploit this popularity to launch into movies.

Cameron creates a part of his wealth through acting. Lending his voice to the frog Freddie in an animated movie “The Frog Kingdom”(2013), Cameron got identification as a voice actor. He has given appearance in films such as ‘The Outfield’ and ‘Expelled’. He played a character of a prankster in his comedy central film “Expelled” (2014), which grossed nearly $8 million at the box office and No.1 slot on iTunes downloads. Shorty afterward, he starred in the film “The Outfield” (2015). That same year he appeared in 2 episodes of “American Odyssey” series. He starred in film “Bad Neighbors 2” (2016). These movies have helped the 23 year old internet celebrity expanding his earnings to a larger extent.

He also runs his own reality show –‘Chasing Cameron’ on Netflix. He has signed up as a model with the bigwig fashion label brands including Dolce & Gabbana (D&G), Penshoppe, American apparel a handful of other brands. He became a fresh male face for high-end fashion clothing and accessory brand Calvin Klein (CK). He has performed much sponsorship for organizations like XOut on Instagram posts.

Cameron also launched a line of clothing in collaboration with Aeropostale labeled “United XXVI Summer clothing” in 2014. He earned a descent amount of money participating in MagCon tour.

What are the most popular movies/TV Series of Cameron Dallas?