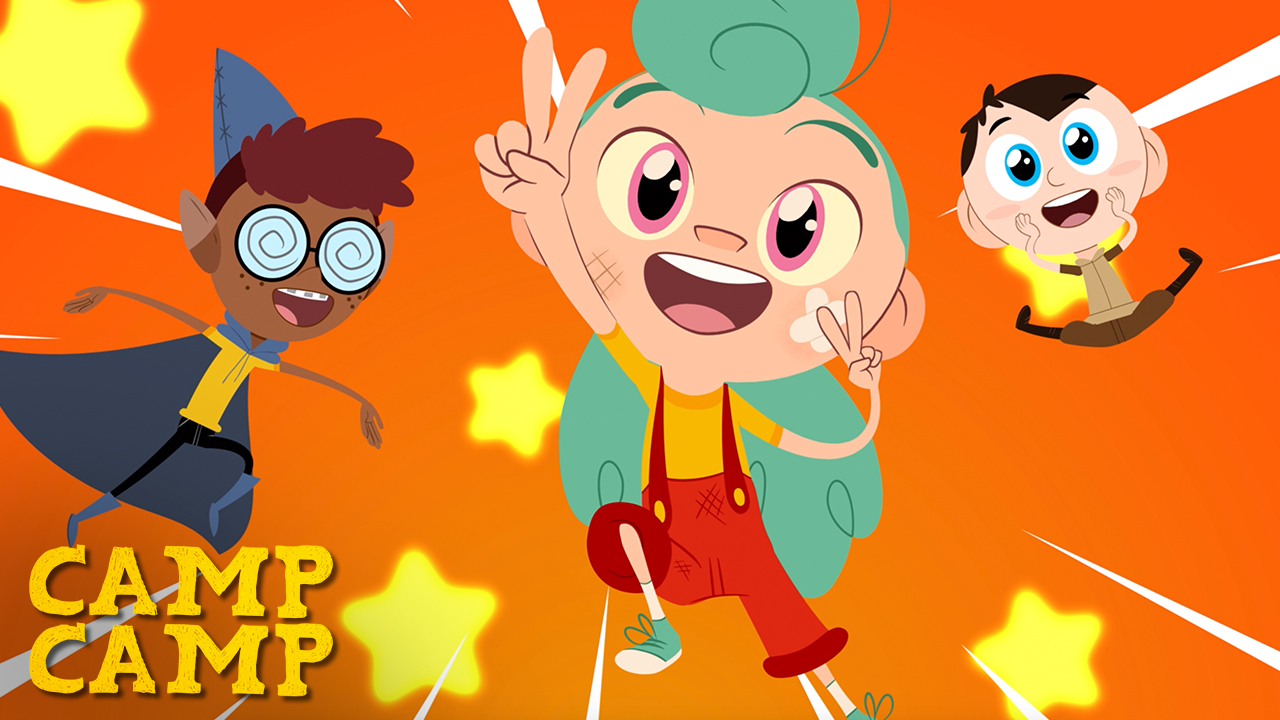 ‘Camp Camp’ is an animated series that airs on Rooster Teeth. It debuted with its first season on June 10, 2016, as part of the channel’s ‘Summer of Animation’ promotion. The show revolves around a young boy named Max, who has to attend a summer camp against his will. Here, he meets two friends, helping him in forever tormenting the camp counselor David. Created by Jordan Cwierz (also the director) and Miles Luna, ‘Camp Camp’ is written by Kerry Shawcross and Gray Haddock.

Camp Camp Cast: Who is in it?

The cast of ‘Camp Camp’ is led by Michael Jones as the voiceover artist for Max, Miles Luna as David, Elizabeth Maxwell as Nikki, Yuri Lowenthal as Neil, and Lee Eddy as Gwen. The primary supporting cast members include Lindsay Jones as Space Kid, Jen Brown as Ered, Barbara Dunkelman as Nerris, James Willems as Dolph, Yotam Perel as Harrison, Blaine Gibson as Nurf, Nicholaus Weindel as Preston, and Shannon McCormick as Quartermaster.

All the voiceover artists are expected to return for season 5.

Camp Camp Plot: What is it about?

‘Camp Camp’ revolves around a group of summer campers and their counselors in the dilapidated, low-maintenance Camp Campbell. It is run by a slippery businessman, whose only aim is to generate profits. The protagonist is a cynical 10-year-old boy, Max, who against his wishes, is sent to this site. He, however, succeeds in making two friends and the trio comes up with all sorts of antics to constantly torment their annoyingly cheerful counselor, David. Along the way, Max and his crew face several surprises and need to tackle multiple bizarre scenarios, before they can finally make it home. They also meet other misfits and embark on a series of misadventures, packed with mysteries, chaos, and mess.

Season 4 of ‘Camp Camp’ resumes with the hilarious exploits of Max and his crew. Additionally, it also attempts to answer some serious questions — can people change? If they do, then how? Is change a bad thing? The season premieres with Cameron Campbell struggling to adjust to a newly introduced activity at camp — community service. On the other hand, Max is hell-bent on proving that change is never possible in this summer camp. Then, there is yet another change. After the arrival of a 3D printer, things get a bit weird when Nurf decides to print copies of himself!

On another episode, the members head for a swim in the lake. But when there is an accident, Max sets out to catch the offender. Nikki, on the other hand, meets two new campers and experiences a wild series of adventures. Next, Quartermaster announces that the campers would be attending an Astronomy Camp. However, it is apparent that he has some other motives behind his actions. Neil wishes to take the lead but discovers himself ill-equipped for the task.

As the episodes unfold, we follow Max, Pikeman, and Sasha, who are being forced to work together — in order to retrieve a lost package for Campbell. On this mission, they need to hone their leadership skills. Meanwhile, the adults need to solve several issues around the camp after the youngsters go to sleep. Mr. Campbell considers being more responsible. Next, Camp Campbell loses to the Wood Scouts and its premises are overrun by vengeful squirrels.

Mr. Campbell, on one instance, accidentally drinks a truth serum, a short while before the parole officers arrive to check his progress. Since he cannot lie now, the campers guide him on focusing on his efforts to become a good citizen. In the final episode, David, has to use his survival skills when he is left stranded after a canoe accident.

Season 5, if commissioned, will continue to follow Max and his crazy adventures.

Camp Camp Season 5 Release Date: When will it premiere?

‘Camp Camp’ Season 4 premiered on Rooster Teeth on June 1, 2019. The fourth season, with its 18 episodes, became the longest-running season of the series, which earlier had 12 episodes per season.

‘Camp Camp’ received such an overwhelming response after its first season, that the creators had to extend it for another 2 episodes, compared to their original plans of 10 episodes. Since then, Rooster has also been giving more importance to its summer slate of animated titles. Therefore, we expect ‘Camp Camp’ to be renewed as well. Our best guess is that ‘Camp Camp’ Season 5 could release sometime in June 2020.

While we wait for an update on ‘Camp Camp’ Season 5 release date, check out the trailer for season 4 below. Additionally, you can also head to Rooster Teeth if you wish to catch up on all the previous episodes.