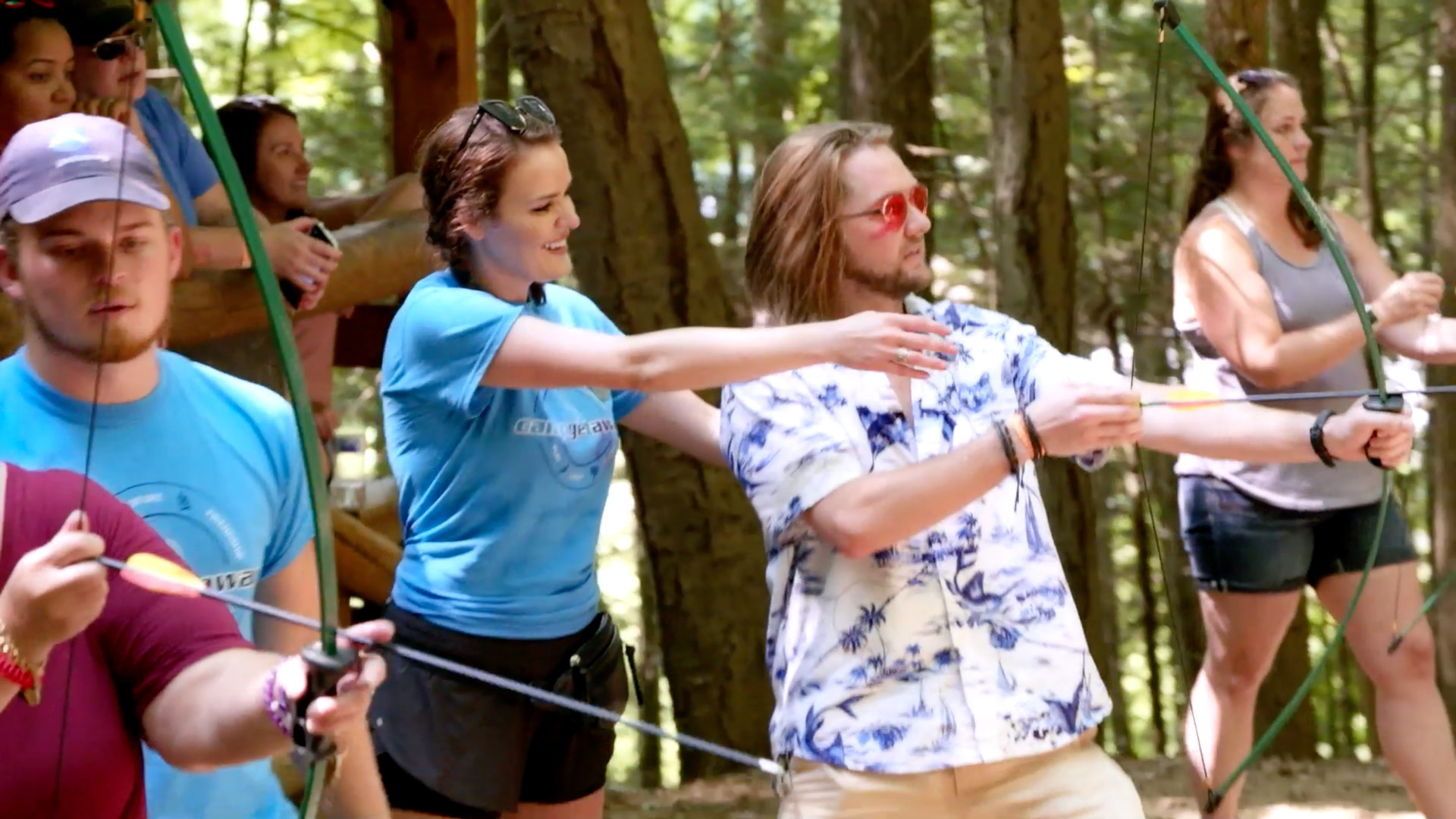 ‘Camp Getaway‘ is an all-new reality show that focuses on the staff of the ultimate adult playground. While the titular camp is for children throughout the week, it transforms into a haven for adults over the weekend. People can go to relive their past and indulge in nostalgia while managing to have a good time.

The camp coordinators ensure that the people mingle at Camp Getaway. They initiate the conversation and slowly bow out of the picture. However, we also get to see the coordinators doing a fair bit of socialization among themselves, and since it is a reality show, everyone tries to get more camera time. It results in a fair bit of drama and some humorous situations.

The season premiere of ‘Camp Getaway’ has already been well-received, and you might be curious about what goes down in the episode. We are here to give you the rundown and spoilers about the upcoming installment. At the same time, we will inform you of when and where to watch it.

Camp Getaway Episode 2 Release Date: When Will It Premiere?

As the title suggests, we are reminded of how camp nights used to be in our childhood days. It was about ghost stories and smores, while everyone sits around a fire. However, for the adults at Camp Getaway, things are a bit more complicated than the simple pleasures of life. Neely has to deal with the ghosts in her past as she tries to move past an incident. However, things become harder when her ex shows up.

As for the newbies at the camp, they realize that they have to face hurdles once camp starts, and the demanding guests have plenty of requests. We are in for yet another crazy and fun-filled episode.

The season premiere is titled “Let Them Eat Cake,” reminding us of the infamous words that sparked off the French Revolution. We are introduced to the adult camp in the Berkshire Mountains of Connecticut, as guests indulge in childhood nostalgia but enjoy the perks of being an adult. Meanwhile, the crew has a short time to learn the ropes quickly, as they attempt to assist the guests.

Besides being peppered with moments of drama, we are introduced to the members, and we know we will be seeing plenty of them over the season. Interactions are a bit hesitant in the episode, but barriers are expected to come down as we progress, and people become more familiar with each other.