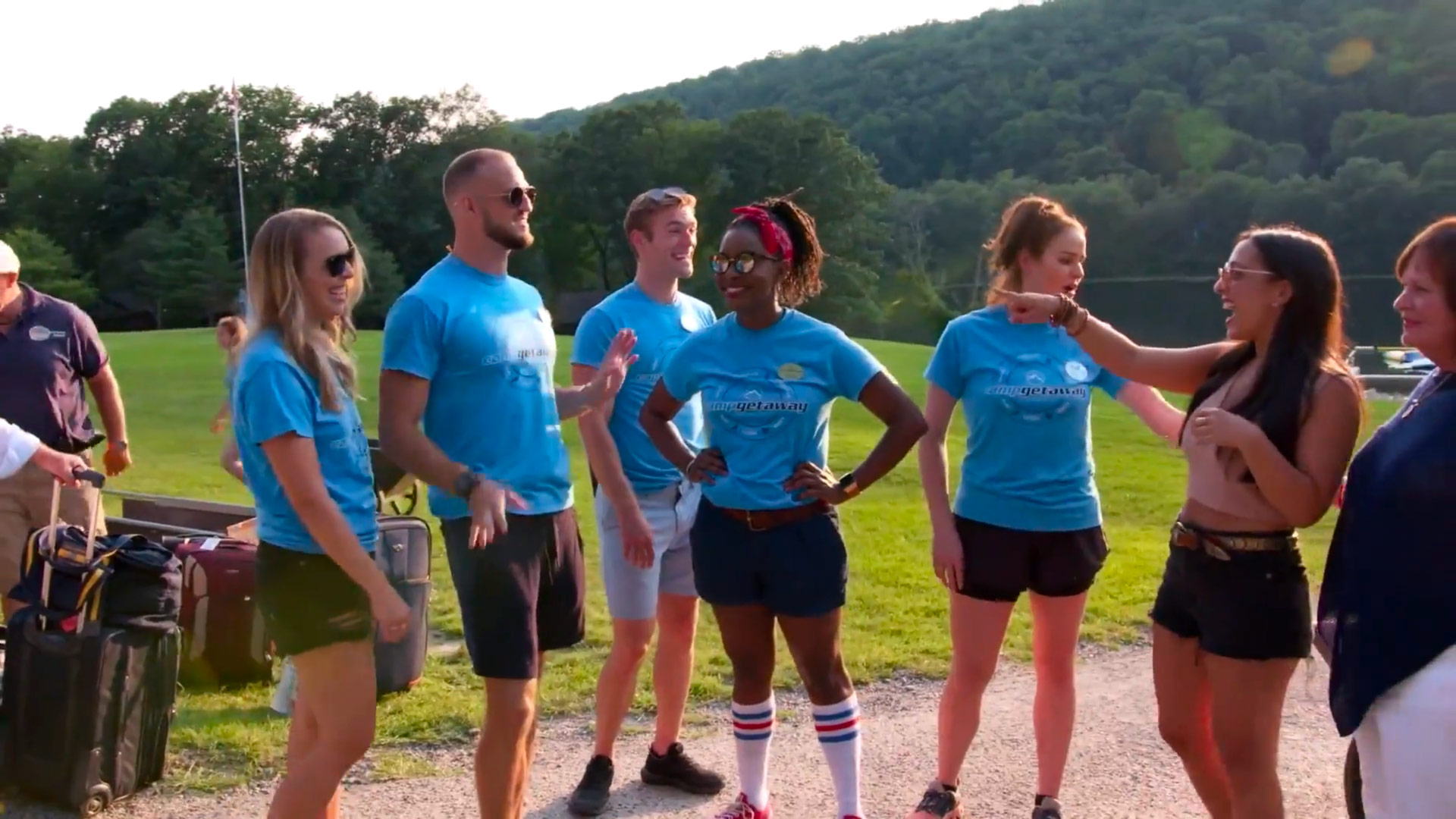 Camps are usually meant for kids, but ‘Camp Getaway‘ provides adults with the ultimate playground where they can live out their nostalgia, while also engaging in some fun. The titular camp caters to kids throughout the week but becomes a haven for adults over the weekends. The counselors help the people mingle and then subtly exit the scene, to do some socializing themselves.

The show starts by introducing us to the camp in the Berkshire Mountains of Connecticut. We get to see the various members in the first episode. Curious to find out what goes down in the second episode? We have the rundown and information on when and where to watch the upcoming installment, along with some spoilers.

Camp Getaway Episode 3 Release Date: When Will It Premiere?

The upcoming episode sees the camp preparing for an LGBT weekend. Glen tries to do everything in his power to ensure that the real sense of Pride can be felt at the camp. Gavin is a new social coordinator who joins the group, which makes Nile wonder if he’s getting replaced. After the stunt Nile pulls in Episode 2, I wouldn’t be surprised. Meanwhile, Adam sends mixed signals. It seems that we have an eventful weekend ahead of us in ‘Camp Getaway.’

We see that camp has already started in “Ghost Stories and S’ more.” Neely tries to forget the past and move forward, which proves to be increasingly tricky because her ex shows up as a guest. Meanwhile, the other visitors also have a lot of requests that the camp counselors have to handle.

One of the requests is to go skinny dipping. When a group of women proposes the plan, Nile Lundgren simply cannot say no. He’s not just trying to keep the ladies safe, which is his official stance, but the counselor is looking forward to a fun night with the ladies. Unfortunately, David Schreiber, the camp owner, does not take too kindly to the transgression.

He blasts Nile for breaking the first fundamental rule of the camp, that is, no swimming at night. David believes that Nile’s poor choice might have put the entire camp at risk if anything had happened to the women while they were skinny dipping. Perhaps Nile will have to face the consequences of his actions in the upcoming episode. At the same time, the women will possibly be taken to task for their irresponsible behavior. ‘Camp Getaway’ is already off to a wild start, as anticipated, and hopefully, things get better hereon.