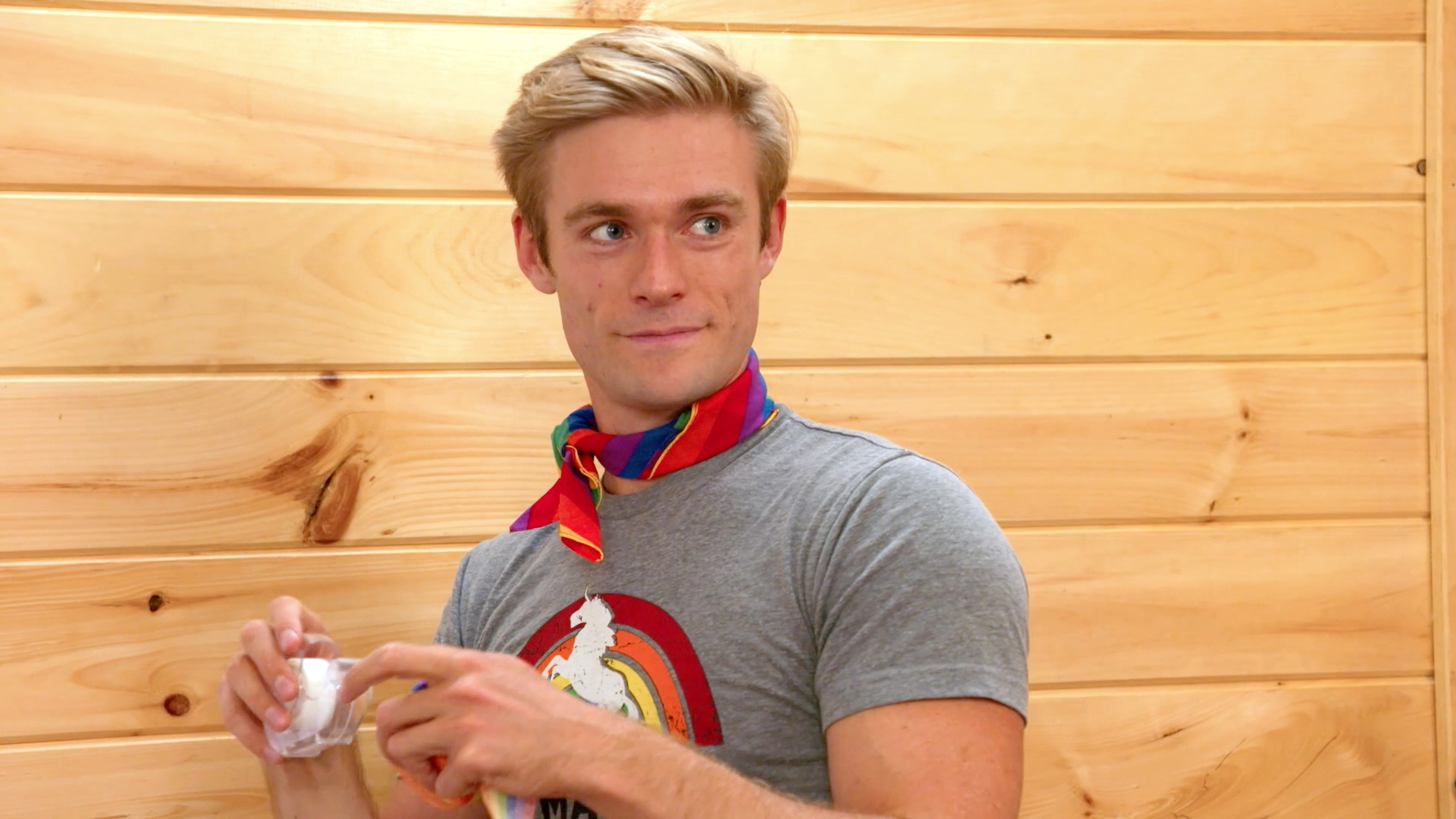 ‘Camp Getaway‘ is a fantastic reality show that combines the fun of being an adult with the nostalgia of spending time at camps as a kid. The titular camp caters to kids throughout the week, but over the weekend, adults come over and have a gala time. The counselors try to ensure that everybody mingles before subtly removing themselves from the scene. However, they aren’t averse to socializing on their own, as the episodes have shown.

Situated in the Berkshire Mountains of Connecticut, we have been introduced to the fun-loving people in the camp. We have already seen their wilder side as well since some ladies decide to go skinny dipping, which lands one counselor in hot water. The latest episode sees the LGBTQ weekend at the camp. Glen is bent on trying to ensure that everybody gets a sense of Pride since the weekend is meant to be inclusive after all. Adam’s mixed signals raise some eyebrows from the people.

Meanwhile, Gavin joins as a new counselor, which makes Nile wonder whether he is being replaced. Of course, since Nile isn’t in good graces after okaying the skinny dipping at night, he’s right to be worried. Curious to find out what might go down in the upcoming episode? We have the spoilers and information on when and where to watch it.

Camp Getaway Episode 4 Release Date: When Will It Premiere?

Things are going to heat up in the upcoming episode as it is Singles Weekend at Camp Getaway. Everybody is looking to get lucky, and it seems that fortune is smiling on Neely as a past guest shows up, determined to win her over. Gavin is making waves as the new counselor since he quickly slides into Adam’s position as the Casanova in the camp. With Adam gone for now, will Gavin win the hearts of the ladies?

It seems that drama is imminent during the Singles Weekend. We expect to see rejections, arguments, and a whole lot of romance as the adults try to find a partner to ‘mingle’ with during their stay. Undoubtedly, the counselors will work to ensure there is some order being maintained, but they will have an eye out for fun themselves. So far, the season has not disappointed us when it comes to the excitement. ‘Single & Ready to Mingle’ is expected to accentuate it, and bring things to a head among the members. After all, love is a powerful motivator, and we will see it in action at the camp.