Will There be a Camping Season 2? 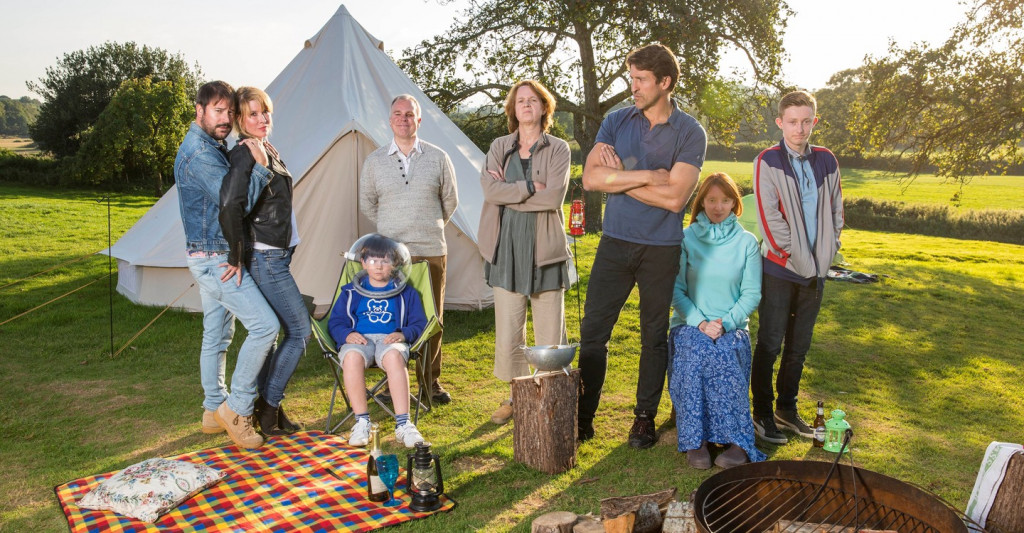 ‘Camping’ is a comedy television drama, based on the eponymous British show, created by Julia Davis. Davis serves as the executive producer of the American version that has been created by Lena Dunham and Jenni Konner. ‘Camping’ is the first series for Dunham since her HBO comedy ‘Girls’ that ended in 2017 and which was nominated for 19 Primetime Emmy Awards over its six-season run.

‘Camping’ follows a carefully organized camping trip that goes haywire because of the presence of uninvited guests. And when forces of nature bring in their own unexpected twists, the whole situation turns into a chaotic mess that tests marriages and relationships. The series concluded with its first season on HBO in 2018. Since then, fans have been asking if the show will make a comeback on the channel. Well, here’s all we know about ‘Camping’ season 2.

Camping Cast: Who’s in it?

Jennifer Garner from ‘Pearl Harbor’, ‘Alias’, ’13 Going on 30′, and ‘Miracles from Heaven’ fame leads the cast as Kathryn McSorley-Jodell, Walt’s wife and Orvis’s mom — whose main purpose in life is to care for her family and focus on her Instagram followers. As per creators Lena Dunham and Jenni Konner, Kathryn is “messy, tough and provocative and really fun. We love Jennifer’s restraint and comedic timing, and we can’t wait for the warmth and intelligence she’ll bring to our central character, Kathryn. It’s truly a dream to have her first on our call sheet. Now we just have to write her some stunts.”

Garner is joined by David Tennant as Walt Jodell, Kathryn’s 45-year-old husband, the only man who can deal with his wife’s neurosis. Janicza Bravo plays Nina-Joy, Kathryn and Walt’s friend and wife to George (Brett Gelman). Nina joins the trip against her wishes since she has had a recent disagreement with Kathryn. Meanwhile, George, who is not a huge fan of the outdoors, comes on the trip to spend some quality time with his college friends and attempt to mend his broken marriage.

Arturo Del Puerto stars as Miguel, a recent divorcee who is deeply in love with the free-spirited Jandice. Juliette Lewis portrays Jandice, Miguel’s new girlfriend and a self-proclaimed peacekeeper, who often is the root of chaos. Ione Skye is Carleen, Kathryn’s timid sister, always struggling to stand up to her elder sibling. Rounding up the lead cast is Chris Sullivan as Joe, Carleen’s husband, battling an oxycontin addiction.

Joining the main cast in recurring roles are Cheyenne Haynes as Sol, Duncan Joiner as Orvis, Bridget Everett as Harry, Rhiannon Wryn as Tyler, Yimmy Yim as Nan, and Rene Gube as Braylen.

Camping Plot: What is it about?

Every now and then, we all make a trip far away from the din of our concrete jungles to enjoy a moment of serenity and beauty that nature provides. Some of these trips involve family and close friends. This is when camping becomes fun because each of its involved activities results in a thousand stories and magical memories. As a result, this theme has served as the central subject for several movies. But sometimes, the real experience can turn out to be crazier than expected. And this is what HBO tries to explore in its comedy television series, ‘Camping’.

The official synopsis of the show reads, “Walt, whose 45th birthday was supposed to be a delightful weekend back to nature, at least according to his obsessively organized and aggressively controlling wife Kathryn. But when the camping trip gathers Kathryn’s meek sister, holier than thou ex-best friend and a free-spirited Tagalong in one place, it becomes a weekend of tested marriages and woman on woman crime that won’t soon be forgotten. Plus, bears.”

Toward the end, we witness all the members getting together for the birthday weekend and indulging in drugs, resulting in a final evening of wild activities and unpleasant truths being divulged. When morning arrives, certain relationships see a new beginning while others get dissolved.

Camping Season 2 Release Date: When will it premiere?

Now, as far as the next season goes, it should be noted that ‘Camping’ had been dubbed as a limited series from the start. Although in the finale, Jandice suggests that they should plan a reunion trip next year, a renewal still seems unlikely. As per Lena Dunham, the show had a targeted ending and the story wraps up in the eight episodes. According to Jenni Konner, “We’ve talked about it. I’m not gonna say no to that. We had a pretty good time making it, but it was intended to be limited. Part of the reason you do a limited series is that the original was limited. Also, after doing a series for so long (with Girls), it feels like you can’t do that again. But also, it’s a great way to attract movie stars.”

Therefore, it looks like there isn’t much certainty surrounding season 2 as of now and so, no release date has been confirmed. Konner did suggest that she would love Kathryn to embark on a trip to Europe on a yacht or possibly in a hotel. But that’s up to HBO to decide if they wish to continue the story further. As of now, there’s no such official announcement. We will update this section if we do come across any further news of Camping season 2 release date.

You can watch the official teaser trailer of ‘Camping’ season 1 below. If you have not checked out the show yet, head to HBO and catch up on all its previous episodes.