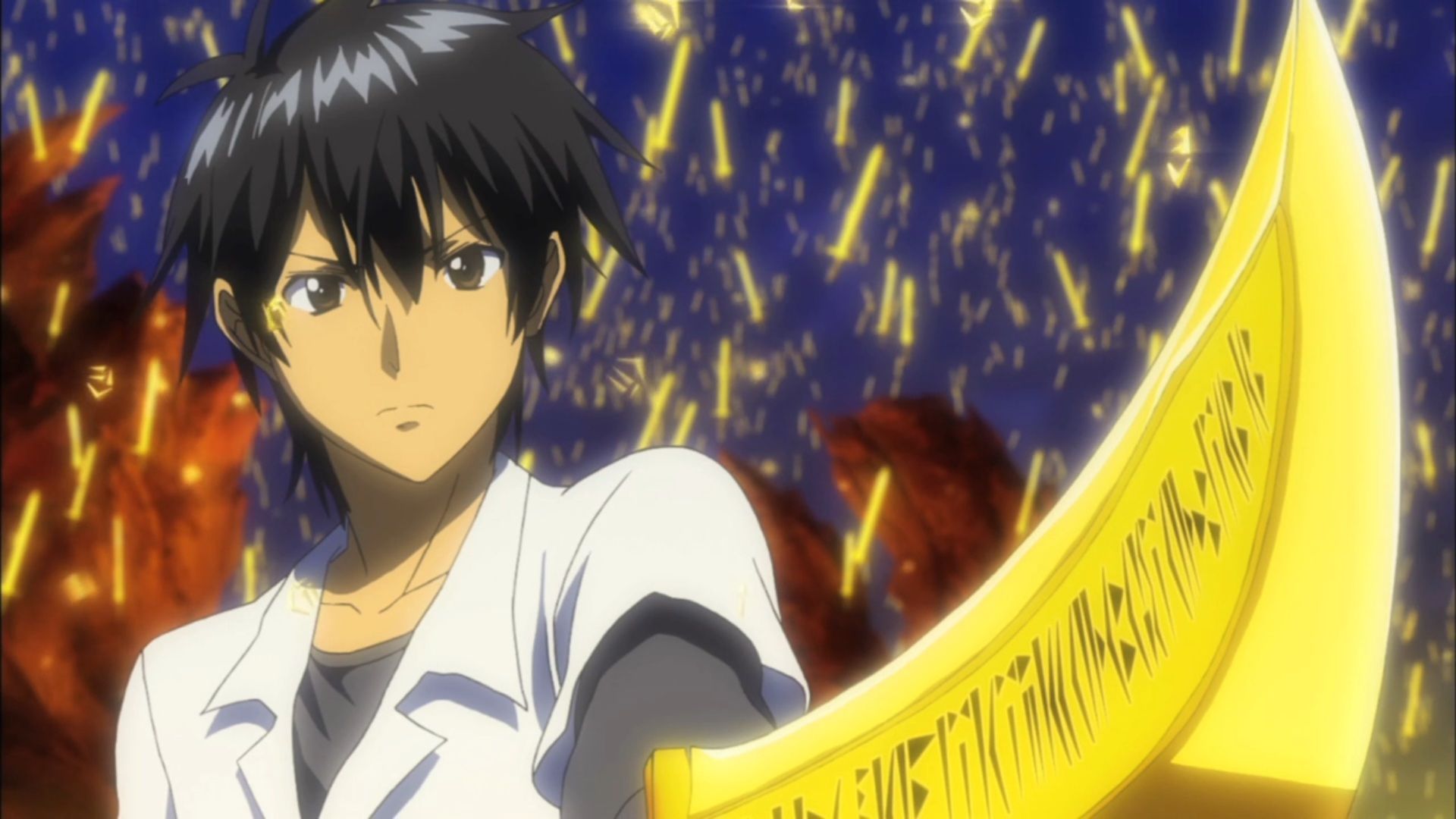 An amazing storyline, deep character development, and incredible plot twists are some things you can never expect from an ecchi anime. But every once in a while, an anime comes along that breaks all the norms and stereotypes that revolve around a particular genre, which in this case is ‘Campione!’. It offers promising ecchi and fanservice for anyone who is interested, but along with that, it also delivers some kickass action and a memorable storyline. ‘Campione!’ may not be the best anime ever, but for the genre that it explores, it certainly is one of the finest and portrays a refreshingly new approach that has never been seen before.

Now the story isn’t all that unique and no, it won’t make you cry or feel really good about yourself. But the uniqueness of it comes from the fact that it is coherent compared to all the stories offered by anime in this genre. Even the fan-service is obviously prevalent but it never seems to consume the entire show. Unlike other ecchi anime, the fan-service here is not at all distracting and is not forced in every single situation. The fanservice that is there in the show, especially kissing, is always backed up with a reason behind it. ‘Campione!’ is actually the perfect example of how fan-service should be used in an anime.

Following a 13-episode format, some fans have had problems with the pacing of the show. Contrary to the common belief, I think that the fast pacing actually makes it what it is. It never leaves any space for unnecessary fan-service or draggy fillers; it just keeps giving you one plot point after another, making it an experience that keeps you at the edge of your seat. But then, this is something that depends on the viewers as well and I won’t really disagree with those who felt that the anime was disappointing.

So overall, ‘Campione’ delivers an in-depth plot, likable characters, thrilling action, progressive romance, and enjoyable and well-placed fan-service. For someone who enjoys really serious anime shows that are closer to reality and cannot stand the sight of ecchi at all, then this may not be for you. But for others who are into ecchi, magic, romance, and even action, ‘Campione!’ is an absolute gem of a show.

Campione Season 2 Release Date: When will it premiere?

‘Campione!’ season 1 released on July 6, 2012 and went on till September 28, 2012. It had a total of 13 episodes with each of them being 24 minutes long. Now as much as we would love to see a second season, it seems very less likely at this point of time. That’s because the light novel series from which it has been adapted concluded two years ago in 2017 and it has been close to 7 years since the show’s release.

The anime was popular for a while and there was some hope for a new season but as of now, it seems like the first season of the anime was released for the sole purpose of promoting the Light Novel. If the creators were planning to release another version of it, we would’ve definitely known by now. If by any chance, ‘Campione’ season 2 releases, it will surely be sometime in 2020 or 2021 because most anime studios have several shows lined up for the rest of the year. So I wouldn’t want you to get your hopes high for this one. If somehow we do get a new season in the future, then it’ll be great but otherwise, ‘Campione!’ is just as good as it gets in season 1.

The English Dub of ‘Campione!’ season 1 is available on Amazon. You can also stream it on Hulu and Crunchyroll with its original Japanese audio and English subtitles.

Many people go out looking for religion, but in this case, religion comes and finds 16-year-old Kasunagi Godou. Somehow, he manages to defeat the God of War in a battle and as a result of this, he is now a “Campione!”, also known as the God Slayer. His job is to fight every God who tries to change things in his area at the cost of the people who live there. He is basically a god himself who protects the people around him from the wrong intentions of certain gods. Sure, if he does this job well, he will land himself a secure place in heaven later. But there’s a lot more to this job than just that and he will also come across many problems through this immortal journey.

One of the biggest problems is that now, all of a sudden, he is attracting a huge group of obsessed female devotees who see him as this enhanced religious figure that they have to worship. One of these devotees is the demonically manipulative sword-mistress named Erica Blandelli. She has developed a very strong infatuation towards him and she seems very expressive about it. This often leads to some really awkward situations between the two because she seems to have some “devilish interests”. ‘Campione!’ is the journey of an ordinary teen who is forced into the world of magic, heavenly affairs, and godly harems. 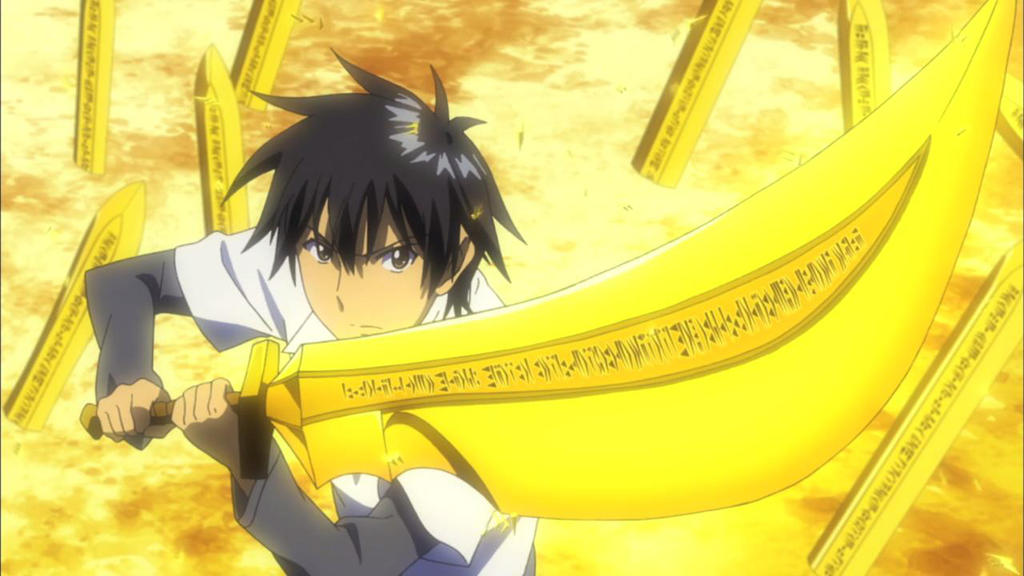 Godou Kasunagi is the main protagonist of the show, who defeats the Persian Heretic God Verethragna and becomes the 7th Campoine. He is a very good looking guy who studies in high-school and even later, when he receives his godly status, he attracts a lot of women. For his age, he is also quite tall and has an athletic build. He has straight spiky hair and big black eyes. Despite being a Campione now, he hates his supernatural life and craves to live normally like others his age. He is extremely shy in nature but deep down, he’s an absolute ladies’ man. But he himself is not aware of his hidden talents and fails to notice all the girls who are falling for him.

Godou also shows sadistic tendencies during battles by killing his opponents in the most brutal ways. Later in the show, Godou’s personality starts to change completely and he transforms into this confident young man who even begins to acknowledge the admiration of the girls around him. He also deeply cares for all the women around him and if any of them need his help, he does not think twice before diving right to help them. A lot of times, he also acts possessive by calling them “his women” and claims that no one can ever take them away from him. His affection for all of them reaches a point where, even though it may lead to a lot of embarrassment, he kisses them in public places just to show them how he feels about them. 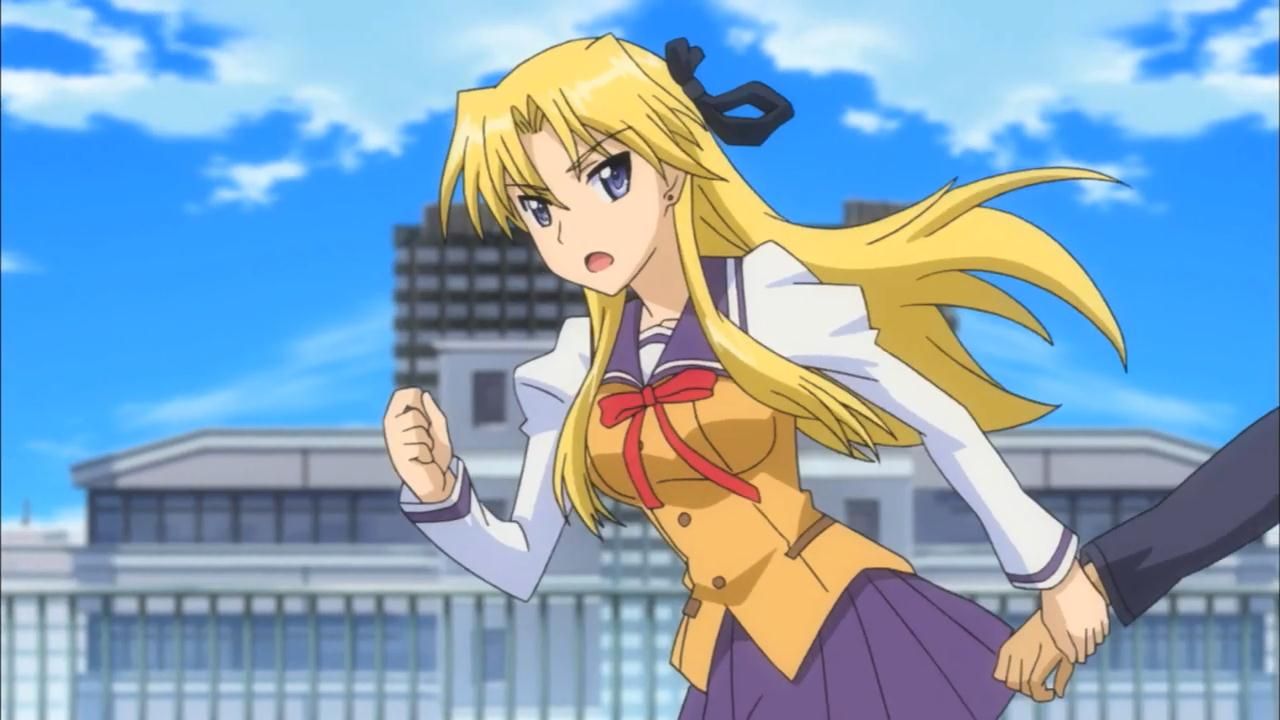 Erica is one of the main female protagonists of the show, who is also known to be a “Great Knight”. She’s a really cute girl with long straight blond hair and beautiful deep blue eyes. She shows a strong will and a whole lot of courage during battles. Like almost all the other girls of the anime, she also starts to develop feelings for Godou Kusanagi and even openly expresses it to him by saying that she “belongs to him”. She swears that she will always stand by him and fight as his “sword and armor”. She is the kind of person who does not let anyone or anything get in her way if she wants something with all her heart. However, she contradicts herself when she decides to share Kusanagi with other girls and is fine with it as long as she remains in his heart.

From her appearance, Erica looks like a noble sweet girl but she is actually quite devilish. She purposely pushes the wrong buttons to piss people off and also teases them shamelessly. And like most typical anime girls, she has a weird obsession with food. Like a glutton, she hogs on huge volumes of food in one sitting and still seems to gain no weight. 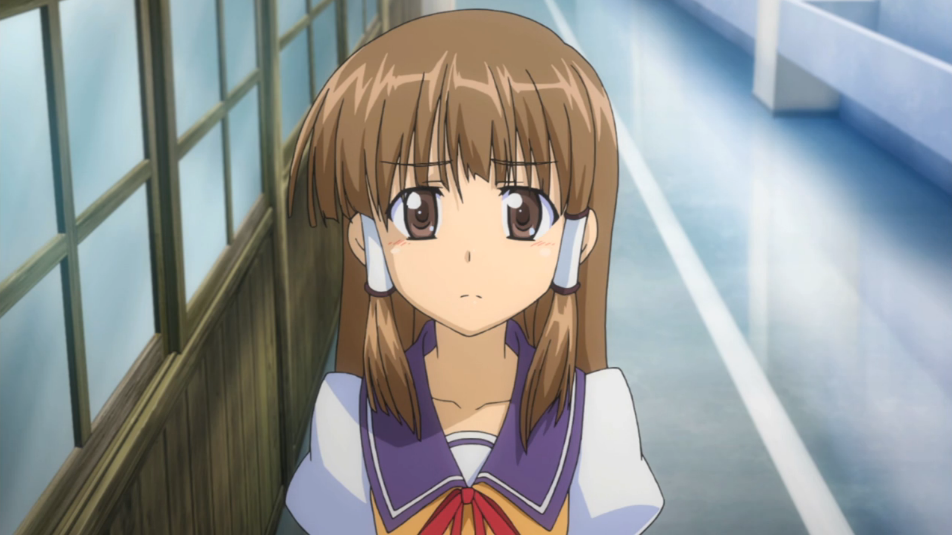 Yuri Mariya is another female character in the show, who is a Hime-Miko. She is very shy and because of her graceful innocent personality, many in her school find her beautiful. Even when she gets really angry or upset, it is really hard to tell if she’s just angry or she’s trying to be polite. She usually avoids confronting people and also follows some moral codes that she strictly abides by. She has immense control over her emotions and this allows her to stay positive even during the gravest situations.