Will There be a Candy Crush Season 2? 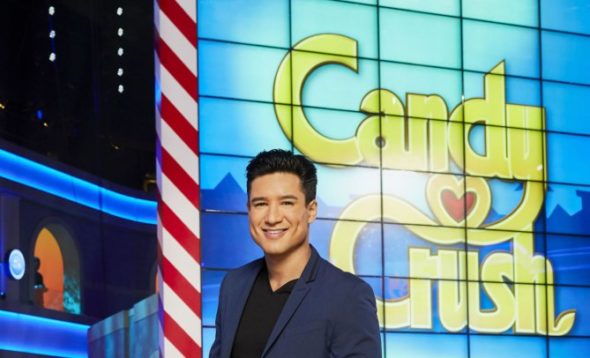 Candy Crush is an American television game show based on the insanely popular puzzle mobile game “Candy Crush Saga”. It follows people competing against each other by playing Candy Crush on huge touch screens. The show is derived directly from its source material and adopts the concept of the globally renowned mobile game franchise and premiered on consecutive Sundays until the end of its first season.

The game that became a worldwide phenomenon comes to life as teams of two people use their wits and physical agility to compete on vast, conjoint game boards, featuring next-generation technology to champion as Candy Crush gamers and are crowned winners. However, there are some extra challenges included, like jumping through nets or tossing candies into a bucket, though it all results in the same thing: run to the screen and swipe some e-candies. The teams that win these challenges then get to pick one of four main ways to win $100,000 in a winner-take-all final, called the Ultimate Candy Clash.

The first season of the show was well-received. Now, the question arises: will there be a Candy Crush season 2? We will delve into that question, but first, let’s quickly look into the details of the series.

Who’s the host of Candy Crush?

Like every game show, Candy Crush is also presented by a very enthusiastic and charming host. Popular TV entertainer Mario Lopez, who previously hosted the American version of “The X Factor” acts as a bridge between the contestants and the game itself.

Though most of the contestants on the show are regular people, the premiere episode features several popular CBS reality TV stars. The likes of Jeremy, Joe, and Kelly from “Survivor“, and Da’vonne, Paul, Frankie and Caleb from “Big Brother” are contestants in the first episode.

What is Candy Crush about?

Candy Crush is a one of its kind TV game show based on the hugely popular match-three puzzle mobile game of the same name. The mobile application is one of the most downloaded apps on all platforms. It wasn’t enough that millions across the world sat glued to their smartphones playing the game, that CBS added a monetary benefit to it. In this game show, several teams of two compete against each other by playing Candy Crush on gigantic touchscreens to win $10,000. The gameplay is divided into three levels, Qualifying round, King-Sized Challenge and Ultimate Candy Clash.

The King-Sized Challenge level includes many challenges. However, each challenge has a 2-minute time limit to match the highest number of candies. Like in the video game if a team makes a combo of matches, they get a time bonus. A four-candy match gives the team an additional 5 seconds, while a five-candy match adds 10 seconds. The Ultimate Candy Clash level is reserved for the top two teams that have the most number of candy matches.

In the Ultimate Candy Clash, both the horizontal and vertical walls are split in half. In order to reach the objective of getting a key at the bottom, a member from both teams is designated match up candies on the horizontal wall. When the objective is completed, a real key appears, and the player must take it to unlock his/her joystick. The joysticks allow the respective players to control their partners who are suspended in the air facing the vertical board. They will have to make the matches from that position. The game is finally over as soon as a team gets 50 matches on the vertical board. The winner takes a jackpot of $100,000.

Candy Crush Season 2 Release Date: When will it premiere?

Candy Crush season 1 premiered on CBS on July 9, 2017. After airing for nine episodes, its two-hour season finale aired on September 2, 2017.

The viewership numbers declined with the premiere of each episode due to which, the show was axed after its first season. The previous season had a 0.51 rating in the 18-49 demographic and gained just a bit more than 2 million viewers on TV. So, it was about time that CBS pulled the plug on the series. On November 21, 2017, CBS removed Candy Crush from its list of shows, thus, confirming the news which fans were already speculating for a while. So, here you go. Candy Crush season 2 stands cancelled and is not making a comeback anytime soon.

Those who haven’t watched the show can check out the trailer for season 1 below: