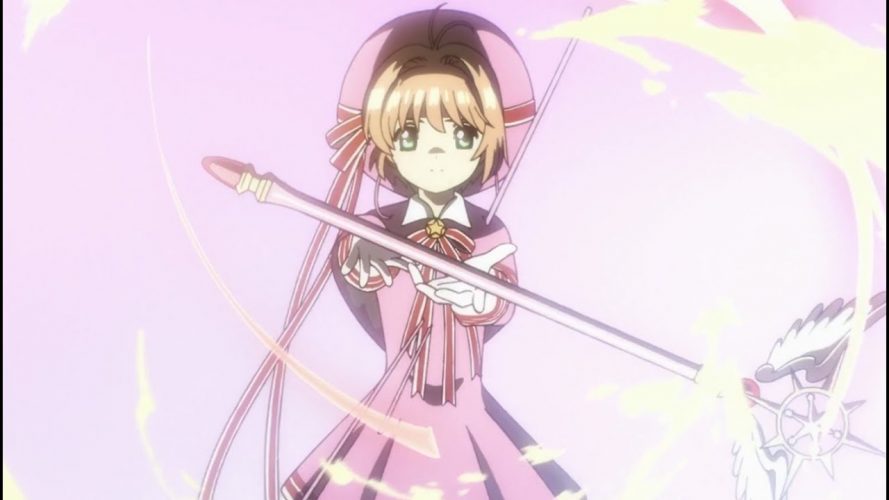 Around a year after the publication of the manga series, famed anime studio Madhouse announced plans to adapt it into an anime television series, and an original video animation (OVA) special episode, meant to serve as a prologue, was released on September 13, 2017. Subsequently, Season 1 of Cardcaptor Sakura: Clear Card made its way to viewers’ screens January 7, 2018. Since then, fans of the series have been waiting to hear news on a second season, and here’s everything we know about Season 2 thus far.

Cardcaptor Sakura Clear Card season 1 premiered on January 7, 2018 and ran till June 10 of the same year. Midway through the season, a special episode, serving as the recap of the first 12 episodes of Season 1, was released on April 1, 2018. However, in the time that has passed since Season 1, a second season has not been announced by Madhouse.

However, there’s no reason to get disheartened just yet. Anime shows are typically renewed within five years, and there’s plenty of time left for Cardcaptor Sakura: Clear Card to be renewed for a second season. Further, the fact that new volumes of the manga series are still being published increases the chances of a second season materializing. Our guess is that, if the anime gets renewed, Cardcaptor Sakura Clear Card season 2 release date could be sometime in 2020 or 2021. That being said, nothing can be said for certain till an official announcement confirms Season 2. We’re keeping our ears open for news on Season 2 of Cardcaptor Sakura: Clear Card, and we’ll update this section as soon as we hear something reliable.

Thanks to the popularity of the original anime television series, the Cardcaptor Sakura franchise has a massive fanbase, both in Japan and abroad. As a result, Cardcaptor Sakura: Clear Card has a brilliant English dub made for international fans in particular. If you want to watch the show in English, you can find dubbed episodes on Funimation, Amazon Prime, and Crunchyroll.

The events in Cardcaptor Sakura: Clear Card take place after the events of the original show, which followed the exploits of 10-year-old Sakura Kinomoto. The original show was set in the fictional Japanese city of Tomoeda and followed Sakura as she collected mysterious, magical cards known as Clow Cards, which gave her tremendous powers after she transformed them into Sakura Cards.

In Cardcaptor Sakura: Clear Card, Sakura is a bit older, and is starting junior high school along with her friends in Tomoeda. However, life for Sakura is hardly normal, and a prophetic dream sends her world into a frenzy. In the dream Sakura sees a mysterious cloaked figure, and when she wakes up, she finds that all her Sakura Cards have turned blank, rendering them completely powerless.

Determined to find out what went wrong, Sakura embarks on a magical and epic quest with her old friends, including characters from the original series such as Cerberus and Yue. Armed with a more powerful staff, Sakura again has to become the Cardcaptor. Along with her friends, she slowly tracks down all the blank cards and starts to capture them. However, not everything is as it seems, and Sakura has to stay one step ahead of her unknown enemy, who seems to have nefarious plans to use the cards for wreaking havoc on the world.

Cardcaptor Sakura: Clear Card has dozens of characters, but there are only four main characters in the show. Below, we’ve provided you with brief backgrounds on each of these main characters.

Sakura Kinomoto: The main protagonist of the show, Sakura is an athletic, energetic, and cheerful character. Now aged 14, Sakura starts junior high school in Tomoeda but soon, a prophetic dream turns into a nightmarish reality, and Sakura loses all her Sakura Cards, and in turn, her powers. Back to being an ordinary girl with no powers, Sakura again has to become the Cardcaptor and has to painstakingly collect all the cards which have been set loose.

Tomoyo Daidouji: Sakura’s best friend from the original series, Tomoyo returns in Cardcaptor Sakura: Clear Card, and gets back to her role of assisting Sakura in her adventures. A loyal friend, Tomoyo keeps Sakura’s identity as Cardcaptor a secret and assists her constantly by making her new “battle costumes”. She also has a habit of filming Sakura’s adventures, although she does it for her own enjoyment. Hailing from a very wealthy family, Tomoyo is never short of resources, and has an army of maids to help her in her endeavours. She is also shown to be extremely mature for her age, and despite her kind and caring nature, can be extremely cunning and resourceful when the need arises.

Cerberus: Another main character, Cerberus was introduced in the original show, where he served as the guardian of the books which held the Clow Cards. When Sakura mistakenly releases the Clow Cards in the original series, Cerberus appoints her as the Cardcaptor and teaches her the basics of capturing cards. Despite being haughty, demanding, and bossy, Cerberus displays a lot of genuine affection for Sakura, and is always concerned about her well-being. While Cerberus spends most of his time in a “false form” resembling a cute, stuffed animals, when the need arises, he can transform into a powerful giant winged cat. For those unaware, Cerberus’ name stems from Greek mythology, where Cerberus was a massive three-headed beast tasked with guarding the gates of hell.

Syaoran Li: The final main character in the show, Syaoran is the distant relative of Clow Reed, the man who created the Clow Cards. A member of the Li clan of sorcerers from Hong Kong, Syaoran arrives in the original show to claim the Clow Cards for himself. While he is initially adversarial towards Sakura, he eventually comes to respect her and befriends her. After becoming Sakura’s ally, Syaoran assists her in many of her adventures, and ultimately, he falls in love with her.