When Will Carl Weber’s The Family Business Season 2 Return? 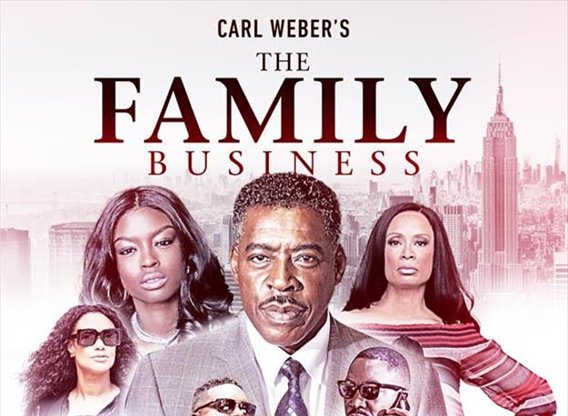 Who doesn’t like a drama where an interesting family is involved? Well, if you are looking for a show that has mystery and crime combined with a whole lot of drama involving a family, then this show is perfect for you. Carl Weber’s ‘The Family Business’ takes inspiration from the novel ‘The Family Business’ by Carl Weber, a family crime drama and a New-York Times bestseller. The show is directed by Trey Haley.

The series premiered on BET in November 2018 and garnered average reviews from viewers and critics alike. But still, it was renewed for a second season, which went on a hiatus after airing its sixth episode. Here’s everything we know about when the second season returns to the platform.

‘Carl Weber’s The Family Business’ Season 2 premiered on July 2, 2020, on BET+. The season was commissioned for a total of 12 episodes. However, it went on a break after dropping its sixth episode on August 6, 2020. BET has not issued an official statement on the exact return date. Our best estimate predicts that ‘Carl Weber’s The Family Business’ Season 2 Episode 7 will premiere sometime in early 2021.

Carl Weber’s The Family Business Cast: Who’s in it?

The show is about a Jamaican family and to match up with the storyline, the cast was decided; and one episode into season one, you can conclude that justice has been done. The show features actors Ernie Hudson and Valarie Pettiford as LC Duncan and Charlotte aka Chippy Duncan, the Duncan parents, respectively and Clifton Powell can be seen as Uncle Lou.

Sean Ringgold, Darrin Henson, Tami Roman, Javicia Leslie, and Arrington Foster can be seen as the Duncan heirs: the protector – Junior Duncan, the workaholic – Orlando Duncan, the secret keeper-London Duncan Grant, the twins who can do it all, Paris and Rio Duncan.

Miguel A Ninez Jr. plays the character of Harris Grant, who manages all the law and order of business dealings that take place and is also London’s husband. The few other characters that are worth keeping an eye on are Michael J White and Dylan Weber, who are the father-son duo; Vegas Duncan is missing, so his son Nevada Duncan is being prepared to partake in the race.

Carl Weber’s The Family Business Plot: What is it About?

A family from Jamaica, the Duncans live a life that many can only dream about but well, that’s all for the day. Once it turns dark, their lives take a U-turn and turn darker than the night. The Duncans have a blooming business dealing with exotic car dealerships, Duncan Motors.

The head of the family, LC Duncan is at an age and stage where he wants to pass on his seat to the deserving child but can things fall in a peaceful flow if your family holds more secrets than one can imagine? It is only a matter of time until the family attracts attention from some of the biggest politicians, drug dealers, or Mafia; you name it, and they get the trouble right around them and then of course with a big family comes bigger problems.

The answer is simple: stay together and survive or go separate ways and end up losing your life. For the Duncans, it’s never easy! As LC said to Chippy, “We are at War Chippy. We’re at Goddamn War”.

Season 2 picks up the story right from season one’s finale when the Duncans’ home is invaded by a rival faction. They not only need to recover from the assault but also need to deal with additional family drama while getting back on track in their business.

You can watch the season 2 trailer below: