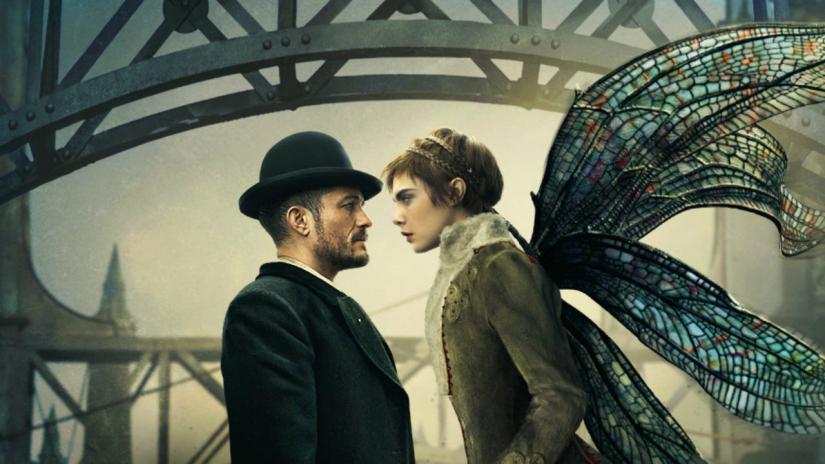 ‘Carnival Row’, Amazon Prime’s fantasy drama, introduces us to a Victorian era, where mythological creatures emigrate from their war-torn home to a safe haven called The Burgue. However, even here, they face racial discrimination, with the upper strata of The Burgue arguing that they should go back to where they belong. These beings, referred to as the “critch”, must struggle to coexist with their human neighbors. Branded as a neo-noir fantasy series, ‘Carnival Row’ is created by René Echevarria and Travis Beacham and Jon Amiel serves as the director.

Carnival Row Cast: Who is in it?

‘Carnival Row’ boasts a stellar cast, led by Orlando Bloom (‘Lord of the Rings‘ and ‘Pirates of the Carribean‘) and Cara Delevingne (‘Suicide Squad‘). Bloom stars as Rycroft “Philo” Philostrate, a Burguishman detective, while Delevingne plays Vignette Stonemoss, a refugee faerie. She knows a dark secret about Philo that can threaten his sensitive case, which deals with the investigation of a string of violent murders that have recently started plaguing the Row and threatens its fragile peace.

Accompanying the duo in other prominent roles are Simon McBurney as Runyan Millworthy (a queer traveler and showman, performing with his troupe of weird creatures called “kobolds”) and David Gyasi as Agreus (a faun who is strangely wealthy and moves into an elite human neighborhood, against the social strata). Tamzin Merchant joins the cast as Imogen Spurnrose and Andrew Gower stars as Ezra Spurnrose. They are an aristocratic brother-sister pair who are attempting to save their sinking fortune. Karla Crome is Tourmaline, a fae prostitute and best friend to Vignette. Arty Froushan is Jonah Breakspear, Caroline Ford plays Sophie Longerbane, Indira Varma enacts the character of Piety Breakspear, and Jared Harris is Absalom Breakspear.

Carnival Row Plot: What is it about?

‘Carnival Row’ is set in a fantasy Victorian era, when a group of mythical creatures flees from their war-torn homeland and seeks refuge in the metropolis called The Burgue. But after arrival, as their population stars multiplying, they start facing resistance from the native human inhabitants. Things take a more complex turn after a series of unsolved murders threatens to destroy this fragile mask of existing peace among the residents.

Philo is a detective in The Burgue, a city that supported the fae, a collection of fairies when they were living in their native country, Tirnanoc. But The Pact, a group of very powerful states, started hunting them down and gained control over Tirnanoc. This resulted in many of the faeries immigrating and settling in Carnival Row —  an enclave located on the south bank of the Beorn River in The Burgue. Although this area was previously inhabited by men, now it has become the home of immigrants, such as fae, fauns, trow, and others, escaping their war-torn homes and settling here.

Vignette is a fierce fae, who fell in love with Philo during the war. After arriving at The Burgue, she again reunites with him after five years. But this is not a pleasant event because she believed that all these years, he was dead. However, despite their differences, they join hands to fight a common enemy who is threatening to tear The Burgue apart.

Season 2 will continue to explore the deeper mysteries of The Burgue and its inhabitants. As the mystery of the serial killer draws to a close, we see that it is just the tip of an iceberg and the beginning of a plot that will reveal a much more intriguing storyline in the future.

Carnival Row Season 2 Release Date: When will it premiere?

‘Carnival Row’ season 1 premiered on Amazon Prime on Friday, August 30, 2019. All the eight episodes were available to binge on the same date.

Season 1 sets the stage for the series to go on for a long time. The good news for the fans is that in July, 2019, it was announced that the show has been renewed for another season. We do not have any information about its release date yet, but out best guess is that ‘Carnival Row’ season 2 should premiere sometime in August, 2020.

Should You Watch Carnival Row?

‘Carnival Row’ is an ambitious project from Amazon. It does bring in a mix of mythological elements and a classic setting. But it highlights issues that we still face in the contemporary era such as racism, class divisions, immigration, and sexual identity. With its dose of fantasy, it also features an impeccable cast. If you are a fan of ‘Jack the Ripper’ and its British political influence, then this is the show for you. As you witness humans, fairies, and other mythical entities joining hands and fighting together in a fictional world of magical realism, you also see how serial killings and interspecies tribes blend with one another to create a wonderful narration and a surreal masterpiece.

Here’s the official trailer for season 1 of ‘Carnival Row’.