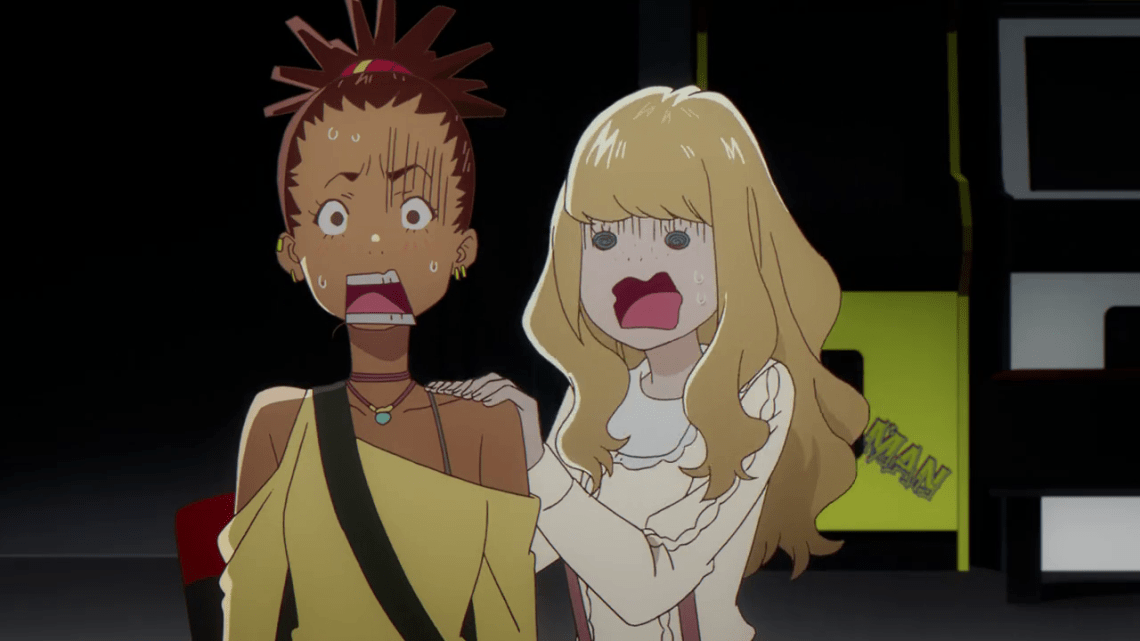 ‘Carole & Tuesday’ is one of the most memorable shows of this year. You should watch it because of Shinichiro Watanabe’s involvement alone. As anime fans, we can all agree that Watanabe’s shows not only have an amazing storyline but often, they are also complemented with splendid visuals and impressive background scores. And knowing that ‘Carole & Tuesday’ is a music-centric anime, the least you are guaranteed is a list of unforgettable songs.

Studio Bones is known for creating some of the most well-known anime shows like ‘Fullmetal Alchemist Brotherhood‘, ‘My Hero Academia‘ and many others. So it should come as no surprise that the animation quality and art style of ‘Carole & Tuesday’ is breathtakingly beautiful. Though the studio is mostly known for producing action and shounen anime, they’ve managed to do a really good job with ‘Carole & Tuesday’ as well. This might just help them make a breakthrough into a whole new avenue of anime shows that they previously ignored.

If you have seen ‘Kids on the Slope‘, then you will probably know by now that even if you’re not a music fan, Shinichiro crafts his works in such a way that they are appealing to pretty much everyone in one way or the other. Overall, with a scintillating plot and amazingly deep characters, ‘Carole & Tuesday’ is one anime that you shouldn’t be missing out on. In fact, if you can just watch one anime series this year, I would say go for this one because I am almost certain that it will not disappoint you. To know more about Carole and Tuesday season 3 release date and the possibilities of getting a new season of it, move on to the next section.

When Will Carole and Tuesday Season 3 Release?

‘Carole & Tuesday’ season 1 premiered in Japan on April 11, 2019. The sci-fi drama released in the US on August 30, 2019 in an ONA format on Netflix. Like almost all other Netflix original anime, ‘Carole & Tuesday’ was released in two parts, whereby each part will consists of 12 episodes. Surprisingly, the anime has already gained a lot of popularity in such a short span and its fanbase is still rapidly growing. The anime has an original story, which means that it has not been adapted from a manga or a light novel series. So continuing the anime after the first season should not be a big deal for the creators as they are bounded by the limitations of any source materials.

Now as far as an entirely new season is conerned, we already know that the demand for it is quite high. Though, considering that it has been created by Shinichiro Watanabe, the possibilities of the getting a new season can be slightly questionable. Quite a lot of his well-known works such as ‘Samurai Champloo‘ and ‘Cowboy Bebop‘ only have one season with 24 episodes and as of now, ‘Carole & Tuesday’ seems to be going in a similar direction. But then again, since ‘Carole & Tuesday’ is one of the first few collaborations between Studio Bones and Netflix, if the show keeps doing really well, Netflix as a co-producer my take up the decision of renewing it further.

Right now, there have been no official confirmations regarding a new season of the anime. But if the anime does get renewed, you can expect ‘Carole & Tuesday’ season 3 to release sometime in December 2020.

The English Dub of ‘Carole & Tuesday’ is available on Netflix.

Mankind has left the Earth behind and has migrated to Mars. In a world where everyone is content with being passive consumers, a teenage girl named Tuesday Simmons runs away from her luxurious and decides to pursue her dream of becoming a famous musician. With a suitcase and an acoustic guitar, she moves to Alba City and that’s where she meets Carole Stanley for the first time. United by their passion for music, the girls get together and start making music as a 2-girl band. What starts off as a tiny wave soon turns into something much bigger than they expected. This sets them off on the right path towards their dreams but do they have what it takes to make it to the top?

Carole Stanley is an orphaned girl who is so passionate about music that she often tries to somehow street perform in between her part-time jobs. But because of this, she usually gets fried from all of these jobs a bit too soon. But her undying passion for the keyboard never seems to leave her and she tries to keep moving forward so that one day she can live her dream of being a great musician. Her motto in life is: “Don’t worry about tomorrow’s dust storm today”. Though she’s into all kinds of music genres, her favorite ones are Jazz, R&B and Folk. She is inspired by international music sensations such as Adele, Beyonce and Aretha Franklin.

In appearance, she seems to be quite tall and has a slightly dark complexion. She has thick brown hair that she ties up with a red cloth. Her eyes are brown in color and she sports several golden earrings in both of her ears. After meeting Tuesday, she quickly accepts her as a friend and tries to make her feel comfortable after knowing that she ran away from home to pursue her passion. Just by looking at Carole, one can tell that she is an extremely warm person who really cares for everyone around her.

With a life motto that goes like “Every beaver has its day”, Tuesday Simmons comes from an extremely rich family. But she decides to leave everything behind just to be able to pursue her dream of being a great musician. With a small suitcase in her hand and a Gibson acoustic guitar one her back, she sets on an adventure to the Alba City on Mars and hopes that she will be able to turn her dream into reality. She’s more into Folk, Pop and Classical music and she’s a big fan of musicians like Ed Sheeran, Stevie Nicks and Cyndi Lauper. She meets Carole in Alba City and it’s probably their shared interest in music that instantly clicks between them.

Soon they form a band together and try to find their own unique voice in a noisy world that tries to overshadow them. Despite being from a very rich family, Tuesday is quite down to Earth and never really tries to prove that she’s superior to Carole in any way. When it comes to her appearance, she has a fair complexion with long blond hair and pretty blue eyes.